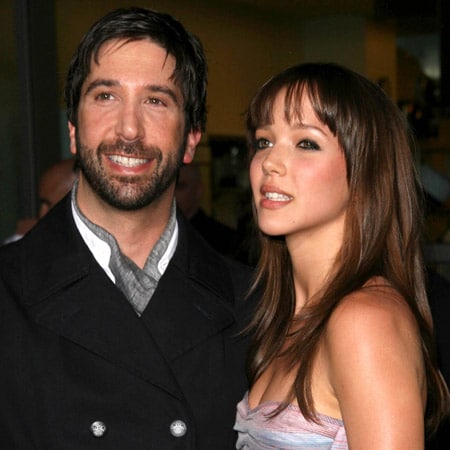 The ‘Friends’ actor – who has been dating the photographer since 2007 and proposed to her earlier this year – tied the knot in a private ceremony in early June, his spokesperson has confirmed.

The 43-year-old actor met the British beauty, 25, in London, England, when he was directing ‘Run, Fat Boy, Run’ with ‘Hot Fuzz’ star Simon Pegg and she was working as a waitress at the Cuckoo Club.

David popped the question after the pretty brunette moved over to the US to spend more time with him.

At the time they got engaged, a friend of his said: “David is smitten with Zoe and says she is ‘The One’. Things have moved very fast. He wanted to see how they got along living together and it has been a big success.”

It was the first marriage for both Zoe and David – who has dated a number of celebrity beauties, including Australian pop star Natalie Imbruglia and former S Club 7 singer Tina Barrett.

Who is your favourite Friends star?