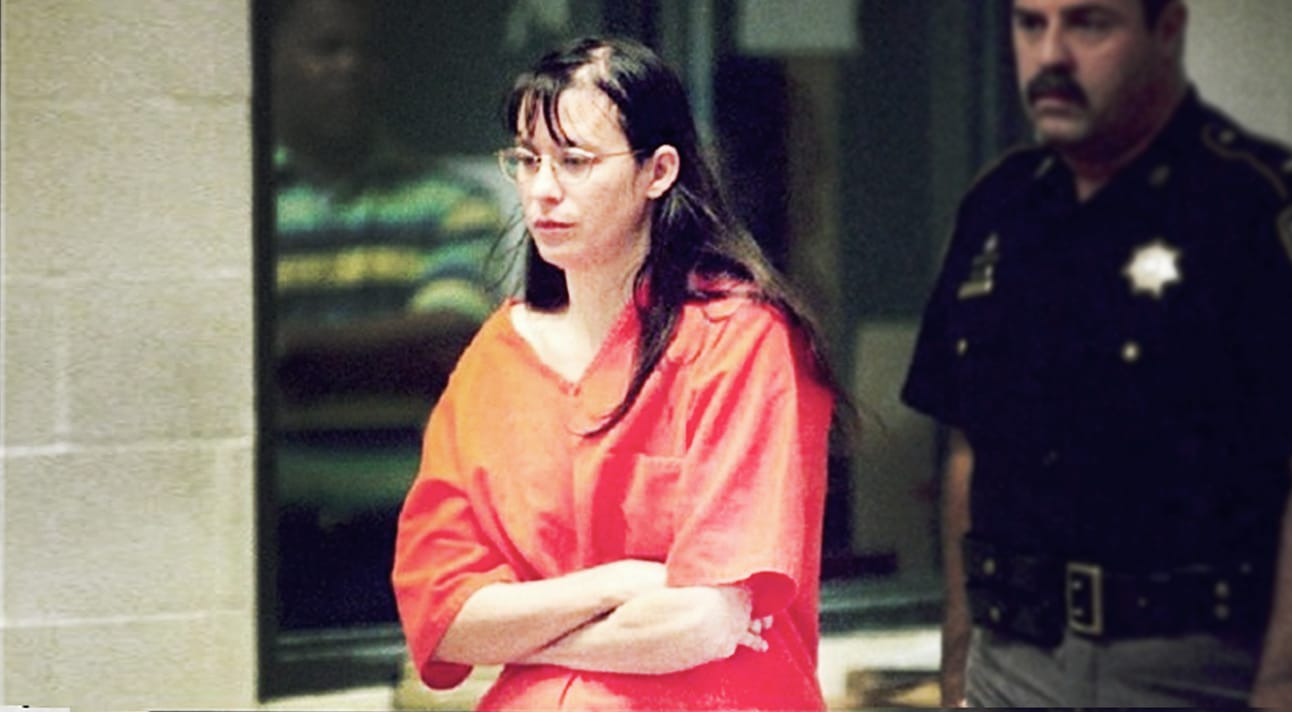 This One Thing Will Put The Spark Back In Your Relationship

What drives a mother to murder her own child?

Drexler excuses herself from the dance floor to use the ladies’ room, and one of her girlfriends tags along; everyone knows girls prefer to go to the bathroom in pairs. But once there, Drexler tells her friend to go back out and dance; she isn’t feeling well and needs a minute alone.

Shortly after, she emerges from the bathroom, eats a salad, and hits the dancefloor – until school officials approach her to ask if she knows anything about blood stains in the bathroom.

The six-pound baby boy Drexler had just delivered in the bathroom stall, unbeknownst to any of her peers, was found in the trash, suffocated inside a plastic bag.

Four years later, on June 20, 2001, 37 year-old Andrea Yates waits for her husband, Rusty, to leave for work. As soon as the coast is clear, she locks up the family dog to keep him out of the way and begins filling the bathtub. Her mother is due to arrive in an hour; she must work quickly. She believes her five children are being influenced by the devil – she is evil, and they are all doomed to burn in hell fires.

So she starts with her three middle sons – John, age five, Paul, age three, and Luke, age two. After drowning them, she lays their little bodies out on her bed, then fetches her youngest, six month-old baby Mary, and drowns her as well. That’s when her oldest, seven year-old Noah, comes into the bathroom to see what’s going on. Seeing Mary floating in the tub, he runs away from his mother, but she overpowers him, pushing him face down in the water until his struggling stops. Then Yates returns to Mary, gathering her up in her arms and taking her back into the bedroom where she methodically lays her on the bed next to her dead siblings.

Wide-eyed and entranced, the mother then picks up the phone and calmly calls the police to tell them what she’s done.

A history of murder

Women who kill their children is tragically not a new phenomenon.

In Greek mythology, Medea kills her sons in order to take vengeance on her unfaithful husband. Pearl Buck’s iconic 1931 novel The Good Earth tells of mother O-Lan murdering her newborn, who her husband, Wang Lung, notices has two ‘dark, bruised spots’ on her neck. Having heard the baby cry at birth, he understands O-Lan killed her in order to spare her a life of poverty and starvation.

In April last year, 40 year-old Megan Huntsman pleaded guilty to six counts of felony murder after her ex-partner, Darren West discovered decomposed babies’ bodies stashed inside boxes while cleaning out his garage. Six of them, Huntsman suffocated immediately after their births. The seventh, she told the court at her hearing, was stillborn.

“It’s been horrible for our department,” the police detective in charge of the investigation told CNN.

“Some of the things officers saw in that garage, they can never unsee.”

Drexler, Yates and Huntsman represent just a handful of the hundreds of high profile cases of women taking their children’s lives that have saturated popular media in recent years.

There are too many stories to list, and each of them is different. But they all have one thing in common: all of the women who killed their children were deeply troubled. Without exception, they were mentally ill, drug-addicted, or suffering severe postpartum psychosis.

Perhaps more unnervingly, many of the women featured in these stories sought out religion as a refuge from their personal battles, where, instead of finding hope, they obsessively fixated on the idea that it was “God’s wish” their children be murdered. Thirty-seven year-old Texas mother, Deena Schlosser, who was featured in the 2005 documentary The God Who Wasn’t There, was found soaked in blood, singing religious hymns over the body of her murdered 10 month-old daughter in 2004 after severing her arms off with a knife. Investigations revealed Schlosser had told her husband she wanted to “give her child to God” the night before.

Dr Susan Hatters Friedman, an associate professor of psychiatry at Case Western Reserve University School of Medicine, who conducted a study of 39 women in Ohio and Michigan who had killed their children and been acquitted by reason of insanity, found all but 15 of the women suffered from severe religious delusions related to their mental illness. Another study, co-authored by University of Connecticut Health Center professor of psychiatry, Dr Catherine Lewis, found nearly one-fourth of women referred for psychiatric evaluations after killing their children experience this type of psychosis.

Drug abuse issues and poverty are also cited as key factors in these types of crimes. Huntsman was suffering from an addiction to methamphetamine and alcoholism at the time she took her children’s lives, and told police she felt she had to make a choice between her family and her addiction.

“It was either the drugs and the alcohol or the babies – she couldn’t afford both,” said the police captain in charge of the case.

So, what does the legal system do with these women?

Some are tried, found guilty, and jailed. Some even receive the death penalty, as was the case with Frances Newton, who was executed by lethal injection in 2005 for the April 7, 1987 murder of her husband, Adrian; seven year-old son, Alton; and 21 month-old daughter, Farrah. But many more are found not guilty by reason of insanity.

Yates is one such example. The 37 year-old was tried twice; first convicted of capital murder and sentenced to life in prison – though prosecutors pursued the death penalty – then again in 2006, when her conviction was overturned. She now resides in a psychiatric hospital facility, where she spends her days watching old home movies of her children and is never allowed out on a day pass.

Yates’ husband divorced her while she was in prison, but says he still visits her, and that she was a good mother who loved her children. When interviewed on Oprah last year, he said he had forgiven his estranged wife, with the caveat that “forgiveness kind of implies that I have ever really blamed her. In some sense I’ve never really blamed her, because I’ve always blamed her illness.”

Yates’ defense attorney, George Parnham, founded the Yates Children Memorial fund, which is dedicated to women’s mental health – in particular, postpartum mental health. Of the fund, Parnham says, “It turns a tragedy into a positive force. It means a lot to prevent other tragedies in many ways. Now we [routinely] talk with attorneys about mental health… [Local prosecutors] always ask me about Andrea in a very compassionate way. That’s a far cry from the position the state took years ago, when they sought he death penalty.”

Huntsman was handed the maximum sentence for the murders of her seven children; 30 years to life in prison. She will most likely spend the rest of her life behind bars.

Drexler, now infamously referred to as the ‘Prom Mom’ after the term was coined by media, was sentenced to 15 years in prison, but released early for good behavior, having served just 37 months, before being released on parole in 2001.

During her trial, she admitted to murdering her baby, but failed to exhibit signs of remorse, telling the courtroom, “The baby was born alive. I was aware of what I was doing when I placed the baby in the bag, and I was further aware that what I did would most certainly result in the death of the baby… I knew I was pregnant. I concealed the pregnancy from everyone. On the morning of the prom, my water broke.”

Ironically, just three days after Drexler killed her son, a new state law took effect, requiring anyone convicted of infanticide to serve at least 80 percent of their sentence before being eligible for parole.

Comment: What do you think should be done about women who kill their children?

8 Ex-Cons Explain What Life In Prison Is Actually Like