Most of them feel guilty. Some of them don’t feel anything.

The worst New Year’s Day of my life started with my then-boyfriend calling me a “dirty c**t” at a New Year’s Eve party, while my mother and daughters were in the next room laughing and dancing with a crowd of our friends.

This was in response to me asking him to put down his phone and be present at the party, rather than spending the whole night texting, and wondering what could be so important to text about on New Year’s Eve, anyway.

The next morning I found out. The girl he was cheating on me with was threatening to tell me everything – which she did, in a guilty and apologetic email that I read while lying in bed with a champagne headache – and he’d been frantically trying to talk her out of it. Happy New Year to me.

There’s nothing good about being cheated on, but finding out was a huge relief – and that, at least, felt good. A puzzle piece had been fitted into place. Here was the reason he’d been behaving so strangely, doing things like taking me out to a fancy restaurant and then picking a fight, all the while insisting that I was the one acting weird. I was so grateful to the girl he’d been cheating with for telling me, that I forgot to even be angry with her.

Why do some people have affairs? In the case of my ex, I think he couldn’t resist the idea that someone else wanted him. That, combined with his alcoholism and feeling neglected by me, was a recipe for destruction. Then again, some people don’t believe humans are cut out for monogamy in the first place – and maybe they’re right. I’d hazard a guess that most people have either cheated or been cheated on at some point in their lives – whether it was a full-on affair, a drunken makeout session, a sexting habit, or an emotional affair.

The reasons people cheat are many and varied; it’s hard to pick out a common thread as to why (though, according to science, there are certain indicators someone is more likely to cheat than others). Here, 12 honest men attempt to explain why they had affairs…

“I don’t even know, honestly. Young, dumb, and drunk I guess. It was tough, but I told her the next day. Things were rough for a while but we got through it. I don’t drink without her now. I tend to be pretty calm and mild throughout the day, but the moment I start drinking it turns into a shit storm and I have no idea why.”

“I’m really not good in relationships. It wasn’t always that way; it’s just that the first two women I was with cheated on me. I didn’t even really have hate for the women, just felt hurt. I guess I developed a mindset that if I couldn’t trust women and they were likely to do it again in the future, I might as well not deprive myself. I grew rather cold and indifferent to the whole concept of monogamy.”

3. (Not) going the distance

“It was a long-distance relationship; I was not the most caring or appreciative partner. I went out with friends and a very sexually aggressive girl came onto me. I went home with her and felt awful afterwards; I confessed to everything. Considering how terrible it made me feel and how much pain I caused someone else, I don’t think I’d do it again. Why’d I do it? A long-distance relationship gets lonely, particularly one with its own share of lingering problems, and when an opportunity presents itself it can be very hard to turn down.”

“She cheated on me first. I couldn’t get over it and I wanted her to feel the same way, so I revenge cheated. I can’t entirely say I regret it, nor am I proud of it. It’s something that was wrong to do, that ultimately didn’t give me any kind of closure or satisfaction.”

“I was upset and a bit stressed over some events in the day, stuff I ended up just imagining, when a girl from my past sent me some nude Snapchats. I don’t know. I said “fuck it” and started sexting her. After the deed was done, I felt awful, and disgusted that I was unfaithful to my wonderful partner for a few minutes of pleasure.”

“I cheated for…the excitement my girl couldn’t – wouldn’t? – give me anymore. The energy that got lost over the time. The feeling that somebody demands my body like crazy. The joy it gave me to give somebody pleasure who truly enjoyed it. The worst part is, it felt amazing. Here was someone who actually wanted me. Who didn’t treat fucking me like a chore. Who felt pleasure when I touched her and did things to her. I felt confident about my sexual abilities for the first time in ages.” 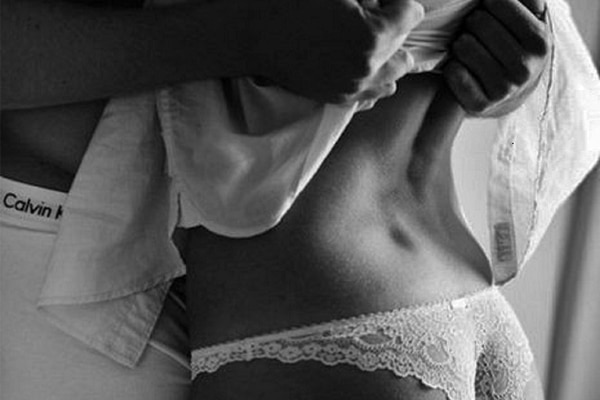 7. Reformed, but not forgotten

“I cheated on my SO a few times when I was in my late teens, early twenties. I blame hormones and a horrible sense of entitlement. I’ll always regret it. These sordid experiences taught me there’s nothing cheating can offer that will make up for the horrible feeling you get later. So when I settled down, I had no problems being faithful.”

“Never cheated sexually, but had an emotional affair during a relationship I was having a hard time ending. Something as simple as someone always laughing at your jokes means a lot to someone who feels emotionally invalidated.”

“I’ve been married for more than 25 years, and have had multiple affairs during that time. Some of them lasted for years. Why? Mostly due to a lack of sex from my wife and a need to feel wanted and attractive. Honestly, the affairs are probably a big part of the reason I’m still married to her. When things were the worst between us, the affairs helped to keep me level.”

“After our daughter was born we hardly ever had sex, even after she got the okay from her doctor to resume sexual activity. It was once, maybe twice a month, and only if she initiated. All my advances were shut down, often met with rather extreme and aggressive responses on her part. I was frustrated and rejected. I don’t know when or why I decided to do it, but one day I signed up for Tinder. The sex was insane. I was hooked. I don’t feel bad or guilty about doing it, either. It gave me a huge boost in my self-esteem, and I had by far the best sex of my life. If that makes me a shitty person, then so be it.”

“I am a frequent cheater on my wife with escorts. I am sexually adventurous, my wife isn’t. I rationalize it as getting from them what my wife can’t or isn’t willing to give me; I’m not loving any of these women, I’m just using them for a service. I realize I’m a terrible person.”

**All quotes are via anonymous Reddit posts, and have been edited for length and clarity.**