Men, Here’s Why I Can’t Give You The Benefit Of The Doubt

Your feelings aren’t as important as my safety.

I can’t tell you how many times men have told me I should just give them the benefit of the doubt.

They like to tell me how much they aren’t like other men, how I can trust them.

And maybe they’re right. But unfortunately I can’t take that risk.

I used to take the subway to and from work every day. At night I’d be coming back pretty late, so I had my standard “woman alone on public transportation late at night” kit: headphones and a book. Routinely men would try to get my attention, sometimes going as far as tapping me on the shoulder or actually pulling my headphones out.

One day a guy did just that. He sat beside me, trapping me in my seat, and pulled out my headphones. He wanted to know my name, where I lived, if I was single. I ignored him. He got increasingly agitated.

“You don’t have to be a bitch, I’m just trying to be nice,” he moaned.

I remember his spit splattering across my glasses as he said it.

My stop came up, and I squeezed out from around him. He followed me. He was still shouting at me as I went up the stairs.

“I’ll just follow you home my damn self,” he shouted.

I was still ignoring him.

I walked a little faster, jumping in an elevator as it closed.

When I came out on the upper level, he was jogging up the stairs. He spotted me and started shouting again, reaching into his pockets.

I was lucky. I was at a subway station that had a police presence. I was able to flag them down and point him out, and they detained him. I don’t know if he was arrested or not, but I was able to get home safely that night. 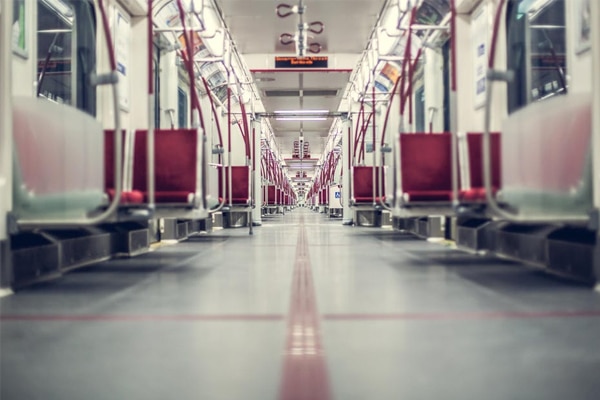 Every time a strange man demands my attention despite my obvious disinterest, I remember this.

Men; every woman who gives you a polite, dismissive smile when you try to say hello is trying to gauge whether or not you are going to be this guy. Believe me, we’d love to be able to give you all the benefit of the doubt. It’d be so much easier to know we could just look up at you, smile, and say “no thanks” before going back to our book. It sucks knowing that we could be hurting the feelings of a genuinely decent person.

But your hurt feelings don’t trump my safety.

Whether it’s as extreme as the guy who followed me out of the subway or just some jerk catcalling us from the front seat of his car, women can’t afford to give men the benefit of the doubt. We’ve come to accept sexual harassment as normal, and until that changes, we aren’t going to be giving you the time of day.

If you’re a man reading this who wants to change this, don’t demand we pay attention to you.

Don’t claim you’re not getting a fair shake. Make sure your fellow men know this isn’t a cool way to act; if you see a man making a woman uncomfortable, step in and stop him. I can’t tell you how many times men have harassed me while other men have stood by, pretending not to notice.

So pay attention; be better. And in the meantime, you’ll have to forgive me for not giving you the benefit of the doubt.

Images via pexels.com and wheretoget.com.

Comment: Why do you think women ignore men in public?