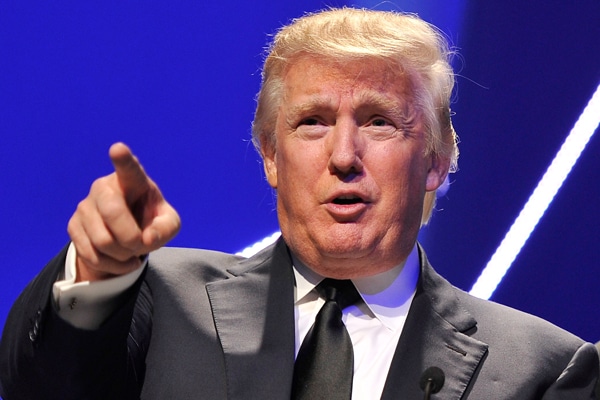 Prepare to be appalled…

“I came to realize that life is that gift from God. And even when life begins in that horrible situation of rape, that it is something that God intended to happen.”

It was with these words 2012 Indiana Senate candidate Richard Mourdock sparked an uproar, reigniting the anti-abortion debate. And while I’d like to say Mourdock’s a crazed individual who was immediately ejected from politics for his dangerously extremist views, his sentiments have since been echoed again and again from the benches of the Republican Party in their ongoing push to defund Planned Parenthood.

While a few members have expressed varying degrees of leniency in regards to abortion, condoning termination of pregnancy in cases of rape, incest, or the endangerment of the mother’s life, the overwhelming majority are taking a hard line approach: no abortion, under any circumstances.

Let’s just ponder that for a minute. A blanket ban on abortion implies the woman in question could have been brutally beaten, tortured, and gang raped, resulting in a septic umbilical cord or an ectopic pregnancy, and it wouldn’t count for squat. That baby would still be carried to term, regardless of whether the mother was on death’s door or suffering from PTSD.

Considering the vehemence of the Republican Party’s anti-abortion argument, and the level of experience and education party members have, the notions spewed from the mouths of these seemingly A-grade politicians are bewildering, to say the least.

Comments such as, “Planned Parenthood isn’t purely a ‘healthcare provider’ any more than a heroin dealer is a community pharmacist” (Mike Huckabee), and, “I’m not sure we need half a billion dollars for women’s health issues” (Jeb Bush), are just small examples of the ill-conceived vitriol directed at Planned Parenthood.

What makes this diatribe more infuriating and less convincing is the fact the majority of dominant Republican forces are men. Men who will never be pregnant, never give birth, and never, ever suffer the anxiety faced by women who do not want to be or can not be mothers every time they have sex, even when contraception is used.

Don’t get me wrong, I’m all for men weighing in on the debate. Freedom of speech about any issue shouldn’t be restricted on grounds of gender. However, the justification for and phrasing of prominent male figures’ stance against abortion would seem to suggest perhaps we shouldn’t send a man to weigh in on a woman’s job he clearly has not one iota of understanding about.

Take Donald Trump. Although he supports other Planned Parenthood services like contraception and STD prevention services, he recently stated, “The problem that I have with Planned Parenthood is the abortion situation. It is like an abortion factory, frankly.”

Regardless of Trump’s lukewarm support, perpetuating the stigma of a baby-killing abattoir is not going to help the cause, or his image. And sadly, it gets worse. In 2012, Missouri Senate candidate Todd Akin notoriously asserted, “It seems to be, first of all, from what I understand from doctors, [pregnancy from rape is] really rare. If it’s a legitimate rape, the female body has ways to try to shut the whole thing down.”

Despite the outcry triggered by Akin’s comment, other male Republican supporters actually backed him up. Bryan Fischer of the American Family Association (AFA) stated, “What Todd Akin is talking about is when you’ve got a real, genuine rape. A case of forcible rape, a case of assault, where a woman has been violated against her will through the use of physical force where it is physically traumatic for her, under those circumstances, the woman’s body — because of the trauma that has been inflicted on her — it may interfere with the normal function processes of her body that lead to conception and pregnancy.”

Huh?!! I think someone needs to put poor old misinformed Bryan Fischer back in sex ed class to give him the birds and the bees talk, stat.

Possibly the worst comment ever made by a Republican candidate came from Lawrence Lockman in 1995, who notoriously said, “If a woman has [the right to an abortion], why shouldn’t a man be free to use his superior strength to force himself on a woman? At least the rapist’s pursuit of sexual freedom doesn’t [in most cases] result in anyone’s death.”

You may now not only be wondering why these men are taking it upon themselves to weigh in on women’s bodies, but how anyone with such dangerous and wildly misinformed viewpoints could be allowed into a position of political power at all. But look around congress for a moment and you’ll soon understand why. A whopping 90 per cent of lawmakers are – you guessed it – men.

Understandably, women in the Republican Party are embarrassed by their male counterparts. Whenever the abortion debate rears its ugly head, they sit tight and pray to avoid another blow up.

“Even if you agree with the issue, and you personally are pro-life, whenever these bills come up you basically live in fear your boss will say something stupid and offensive,” said one female staffer.

“We keep putting ourselves in this position and it never turns out well for us.”

The continued passing of histrionic value judgments by men regarding abortion has to stop. The elephant in the room, whichever side of politics you sit on, is  that defunding Planned Parenthood would not only cost women extraordinary amounts of money, it may also cost them their lives.

Women have always had abortions. For thousands of years, women have helped other women terminate unwanted pregnancies. Before abortion was legal, the procedure was usually carried out in a secret location under cover of darkness, with no anesthetic. Not only did this result in an aborted fetus, it also resulted in a dead mother.

Removing legal access to abortion is not going to stop women having abortions. Somehow, motivated by fear, shame, or lack of financial resources, millions of frightened women and young girls will find a way to terminate their pregnancies, and the death toll will once again rise.

Forget religion. Forget political ideology and this misogynistic agenda designed to further police the bodies and lives of women. Stripping government funding from Planned Parenthood will cause untold anxiety, financial ruin, and potentially death for women all over the country. So when the men of the Republican Party examine the great debate between pro-life and pro-choice, they must consider who really has blood on their hands.