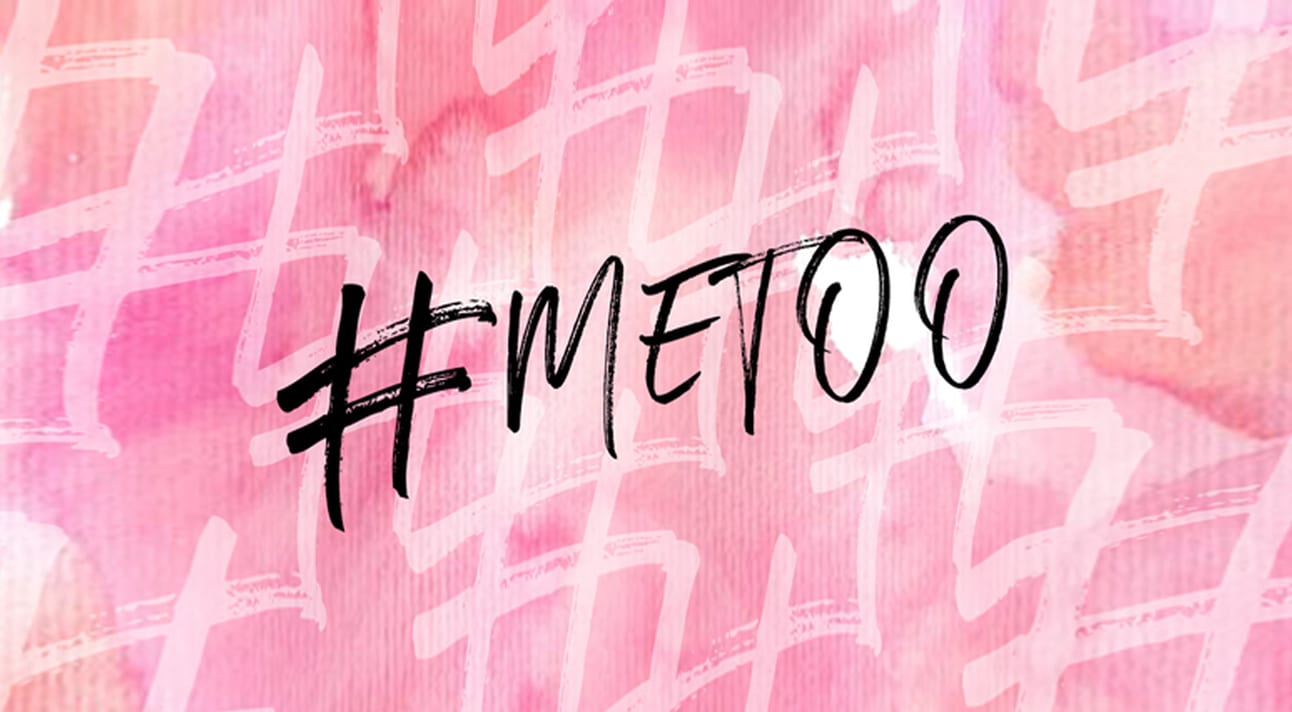 Here’s Everything You Need To Know About Brow Microblading

In the wake of #metoo, have we all turned into mean girls?

When the Harvey Weinstein story first broke last fall and women started posting #metoo all over social media to say that they too had suffered sexual harassment and abuse, I was skeptical.

Maybe I was jaded. After writing about these issues for years, being outspoken about why I didn’t report being raped, why I stayed in an abusive relationship, and all the harassment I’ve experienced throughout my life, nothing seemed to have changed. Donald Trump, a man who’s been accused of sexual assault by multiple women, who is on record saying that when you’re famous, you can grab women and get away with it, and who’s said innumerable terrible things about women, was voted into the highest office in the United States when all of these things were known about him. That might have been the last straw for me.

I, along with many of my fellow survivors, was tired of constantly having to talk about what happened to me. I was tired of being vulnerable, tired of feeling like I had to perform some kind of victimhood or suffering, tired of being felt sorry for. Why weren’t the men who assaulted me having to live with it for the rest of their lives? I’m pretty sure none of them devote any time at all to thinking about their awfulness. As Moira Donegan, who started a list titled “Shitty Media Men” that was meant to warn women in our industry about the behavior of certain men, wrote in The Cut, “This is another toll that sexual harassment can take on women: It can make you spend hours dissecting the psychology of the kind of men who do not think about your interiority much at all.”

But let’s get back to the #metoo movement, and what it’s done for women so far.  The week of the Harvey Weinstein revelations, I got into a fight with my boyfriend at dinner at our favorite restaurant. When I scoffed and said it would all blow over by the next news cycle, he felt I was being too dismissive of the importance of the story. It turned out he was right, but in that moment, how could I know that? I was angry that he couldn’t seem to hear my pain and understand how wary I was about hoping, once more, that things would change. I felt that my own lifetime of intimate experience with harassment and abuse was being dismissed, as he accused me of being both bitter and dismissive of an important cultural moment.

When I posted a piece with my initial, cynical, reaction, I was immediately attacked by several women, including some of my friends, who were not shy about telling me that I was way off base. I shrugged it off and vowed to stay out of it. Let women have their movement without me. I did my part long ago, I thought.

But a few weeks later, I felt myself pulled in again. A friend posted a New York Times editorial by Daphne Merkin to her Facebook page, praising Merkin for saying what she and so many of her friends were thinking. The piece was basically a takedown of the #metoo movement. Merkin said she and her “longstanding feminist” friends were publicly supporting the movement but privately “rolling our eyes” and that women needed to “grow up.” She and her friends wondered “what ever happened to flirting?” and “what about the women who are the predators?” Some of them, she said, agreed with accused pedophile Woody Allen that the #metoo movement was “an outright witch hunt.”

I had mixed feelings about the piece. On the one hand, I agreed with Merkin that it was problematic to lump all harassment and abuse together into one, equally terrible, offense. A pat on the rear during a photo shoot is not the same as rape. On the other hand, I have a big problem with Merkin’s assertion that calling men out for their actions amounts to “returning to a victimology paradigm for young women…in which they…perceive themselves to be…as frail as Victorian housewives.”

When I waded into the comments section on my friend’s Facebook page to say that perhaps the issue was too nuanced to be easily reduced to soundbites or politicized, and that it warranted deeper and more careful conversation, possibly over brownies and wine I would bring to their apartment sometime, her husband jumped in to inform me that not only were he and his wife not interested in having a deeper conversation with me, I was not welcome in their home.

Ouch. Hurt, I unfriended them both and deactiveated my Facebook for two weeks to give myself a time-out, once again vowing to stay out of this #metoo mess.

And I have, for the most part. I shy away from writing reaction pieces to the latest scandals, and don’t discuss it with my friends in real life. I watched silently as Twitter exploded with vicious takedowns of Katie Roiphe, who was apparently trying to out Donegan for creating the “Shitty Media Men” list (Donegan created the list anonymously and only wrote her brilliant piece for The Cut when Harper’s magazine and Roiphe seemed on the verge of exposing her). “Second wave” feminists like Roiphe, Merkin, and actress Catherine Deneuve, who was one of 100 French women who signed an open letter in Le Monde saying they “do not recognize” themselves in today’s feminism, were under attack from younger feminists, who were ready to crucify Aziz Ansari for being a dick and not clueing in to his date’s discomfort with their sexual encounter, right alongside notorious longtime predators like Kevin Spacey and Harvey Weinstein. 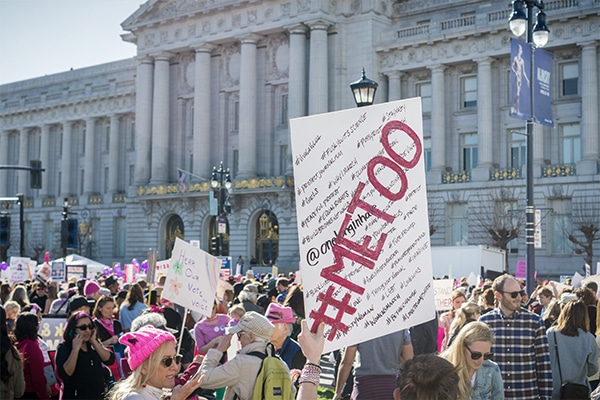 Everywhere you look, women are hurting. Survivors like me, who’ve been speaking out for a long time, are exhausted and triggered. Older feminists and younger ones are at each other’s throats. The #metoo movement has opened up a divide between women that’s resulted in meanness and heartache that makes me despair for my daughters and their future.

Recently, the #metoo movement had its first official casualty – as in, an actual death. It wasn’t a man who’d been accused of sexual misconduct or lost his job. It was a woman, Jill Messick, who was actress Rose McGowan’s manager at the time McGowan was assaulted by Harvey Weinstein. McGowan publicly implicated Messick as part of the coverup of that incident, and Messick was vilified in the press. Messick, who was 50 years old and the mother of two children, was devastated. She had long suffered from bipolar disorder, and according to her family, was just getting her life back on track when the Weinstein/McGowan story broke. The negative press, Messick’s family said in a statement, “broke” her.

“Jill…supported every woman finally coming forward to share their dark truths and expose those who had committed previously unspeakable deeds,” her family’s statement reads, in part. “[She] was victimized by our new culture of unlimited information sharing and a willingness to accept statement as fact. The speed of disseminating information has carried mistruths about Jill as a person, which she was unable and unwilling to challenge. She became collateral damage in an already horrific story.”

Ironically, Messick was the executive producer of the Tina Fey classic, Mean Girls. I can’t help but wonder, has the #metoo movement turned us all into mean girls?  Messick’s family’s statement reminds us that, “As we collectively seek to take action in an effort to right the wrongs so brazenly and inhumanely repeated for a generation, we must not forget one simple truth: Words have power. While we illuminate the dark corners for hidden truths, we must remember that what we say, particularly in the media, can have just as much impact if not more than our actions. ”

As a writer with a public platform, that statement weighs heavily on me. I’m reluctant to write anything at all, knowing that I’m likely to get things wrong, or feel differently about an issue later. I support the #metoo movement. I’m a feminist. But I worry about what we are doing to ourselves. Women are tearing each other down, while the men who assault and degrade us remain unprosecuted, lounge around in rehab, and eventually fade from the spotlight.

We deserve better than #metoo. When, and how, will we get it?

11 Guys Explain Why They Catcall Women

This Is What I Really Think About Your Penis