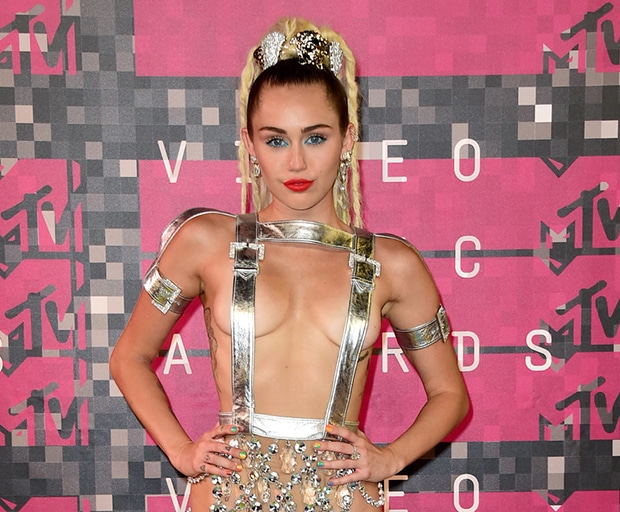 Just Got Dumped? Your Ex Might Have A Personality Disorder

Miley Cyrus is controversial, outspoken and isn’t afraid to take her clothes off. Hosting the MTV Video Music Awards yesterday, Cyrus’ choice of outfits left little to the imagination as she donned itsy-bitsy garments that revealed all but her nipples and lady bits. It’s clear the girl’s got body confidence, but is she setting a good or bad example for youngsters?

While many accuse the star of sexualising the pop industry with her out-there antics and clothing attire, Cyrus recently told TIME magazine that she does it to challenge people. “I’m using it as a power stance,” she said. “It’s funny to see people try to look me in the eye.”

It’s clear the 22-year-old knows exactly what she’s doing and why she’s doing it, but is her message of self-acceptance being relayed in the wrong way? In an article by the Sydney Morning Herald which referred to Cyrus’ “overtly sexualised performance” at the 2013 VMAs with Robin Thicke, she was slammed for appeasing “her mostly male management” and portraying a negative image of women.

“The view of some young people whose thoughts I sought in schools last week was that it was less an expression of sexuality than of ugliness,” read the article. “For them, Cyrus’ performance represented a distorted version of female sexuality.”

Since then the popstar’s statements have become more profound, however what’s interesting is that Cyrus has refused to apologise for not wanting to be someone that she’s not. “People try to make everyone something,” she told TIME. “You can just be whatever you want to be.”

And be that she may. Recently the 22-year-old revealed that she didn’t identify with neither a female or male gender and opened up about the realisation that she was bisexual at the tender age of 14. Yes, she’s pushing the boundaries by being open and transparent in all that she does, but isn’t her confidence refreshing?

She’s previously said that she’s celebrating her life by living it the way she wants; isn’t that what we all want on some level? If she wants to take her clothes off then power to her, we salute her body confidence and non-conventional attitude. She’s not doing it for proactive reasons that popstars like Rihanna are, she’s embracing all that she is as a person and is encouraging self-acceptance. Can’t we all learn something from that?