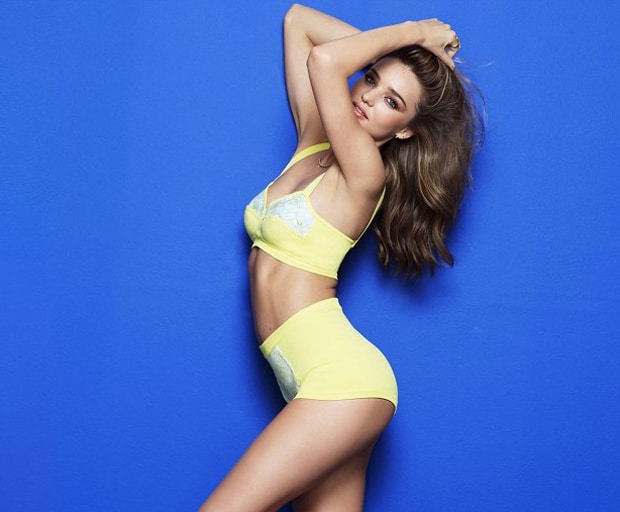 Miranda Kerr might be one of the most successful supermodels in the world, but she admits that models don’t have the confidence the public assumes they do.

“Models are some of the most insecure people I’ve ever met,” she reveals in an interview in the November issue of US Cosmopolitan.

“They’re constantly being told they’re not good enough. You’ve really got to practice loving yourself.”

Kerr, 30, has been modelling since she was 13, and dealt with her fair share of pressure. “There was so much rejection in the beginning.’

But now, as one of the highest-paid supermodels, mum to two-year-old son Flynn, wife to Orlando Bloom and running her own organic skincare brand KORA Organics, she says her “life is more balanced than ever.”

Kerr gushed about her hubbie, currently starring in Romeo and Juliet on Broadway: “For someone to be able to learn all that and hold the energy to do it every day, six days a week – I have so much respect for him.”

While the couple are often apart – she is currently in Paris for Paris Fashion Week, while he hits the stage in New York – she says when they are together that traditional husband-wife roles are very important to her.

“Let the man do some things for you, because if he cares for you, he will want to.” As for her, she likes to get into her “feminine role” by putting on sexy underwear and red lipstick.”

Kerr also pointed out that she’s not just a pretty face: “I’m a lot stronger than people think.

“I’m that person who says, no matter what the problem is, there’s a solution. That’s the way my brain is wired. If someone says to me, ‘Well, that’s not possible. It can’t happen,’ I say, ‘Yes it is. I’m going to sit here and show you that it can.’ I can take no for an answer and accept it – but if there’s a solution and I can make it work, why wouldn’t I?”

As for how she maintains her killer body, she explains that she adheres to a 80 per cent healthy and 20 per cent indulgent lifestyle.

“We’re human, it’s good to be able to have a little indulgence,” she said. “You do the best you can and make conscious decisions.”

What do you think about Miranda Kerr’s outlook on life?