As someone who has been writing about fashion most of my life, I can count the times I’ve seen a diverse fashion show cast on one hand. The sad truth is, the vast majority of models who are booked to walk the runway for major labels are impossibly thin, tall, white, young women.

It’s clearly not a representation of our multicultural, diverse society with the average woman being much shorter and heavier than your typical catwalk model. This lack of diversity on the runway has been slammed time and again, but if this season’s New York Fashion Week is anything to go by, things might be *finally* about to change.

Kicking off fashion month, NYFW showed the much anticipated collections of designers such as Alexander Wang, Carolina Herrera, and Tommy Hilfiger. As expected, the Gigi and Kendalls of this world dominated their runways and everybody’s Instagram feeds, but there were a few designers who went down a different path when casting their models.

Christian Siriano showed one of the most diverse casts ever seen at NYFW during his show, receiving much praise from guests and the press. Without releasing a press statement or announcing it on social media, Siriano included five plus-size models, all with different ethnic backgrounds, in his show.

Designers Carol Lim and Humberto Leon of Opening Ceremony chose to tell “the story of the American immigrant” in their runway show, casting celebs like Whoopie Goldberg, Rashida Jones, and Rowan Blanchard among the ‘usual’ models, and had them discuss topics, such as feminism, political participation, and immigration as part of the show.

Designer for J.Crew, Jenna Lyons, opted to cast friends for her runway show instead of models, resulting in a show that was refreshingly relatable.

Seeing the clothes on people of all ages, sizes, and backgrounds makes it much easier to imagine the clothes on yourself, which can only be good for business…

Even king of controversy, Kanye West, did his bit to contribute to a more diverse fashion crowd this year, posting a callout for his Yeezy show casting on Twitter, specifically asking for “multiracial women only”. 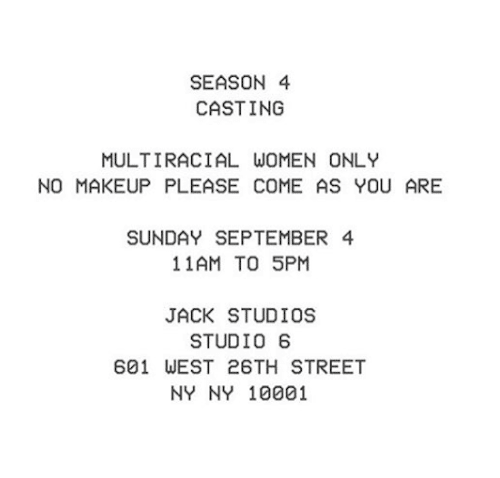 While it’s of course only a baby step in the right direction for the fashion industry, this year’s NYFW made a meaningful move toward diversity that could potentially inspire more designers to follow suit.

It’s going to be interesting to see if the more traditional fashion weeks in London, Milan, and Paris will be brave enough to shake up the industry just like New York did. It’s a movement that’s welcomed, but at the same time, really overdue.

Comment: What did you think of the models at this years NYFW?