by The Good Men Project 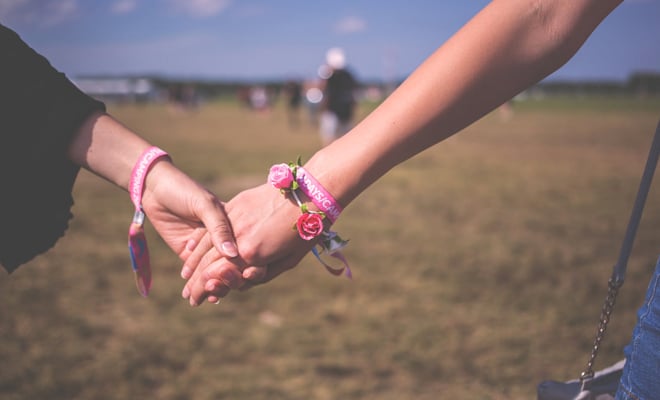 There is an obligation to put your spouse above yourself. Polyamory, for us, fills that obligation rather nicely.

After much hand-wringing and schedule shifting, my wife finally landed herself a girlfriend and holy crap.

My wife was one of very few entities in this world that I had a physical reaction to when I first met her. Her girlfriend is no different. Her physical beauty aside, (with which she is extremely rich) this woman has a luminous soul and is so awkward it sets my heart breaking.

So, when my wife came home from her date and said to me, “So, I think I might have a girlfriend”, for me it was like watching the moon landing. My wife came to ME about this entire poly thing, and though it was not a decade (though sometimes it felt like it), she executed a series of motions and movements designed to bring about the desired end; the expansion of our love to include others.

I was discussing this with a friend of mine, never getting into any real details, as my wife didn’t give me many details. Her girlfriend is still in the beginning stages of finding her sexuality and to be honest, I didn’t want my wife to violate her privacy by telling me explicit details. If it’s not our information to tell, we won’t tell it, even to each other, unless it’s something we both SHOULD know.

He said something that really made me think. He said something to the effect of, “Well, if she were dating a guy, you wouldn’t feel as cool with it as you do.” Now, on the surface, this seems like a reasonable statement. But, if you analyze it just a bit deeper (as I often do,) you see something a bit different.

The implication is that I would somehow feel like my station in life would be threatened if she were trying to date men instead of women. Well, rumor control, here are the facts.

My wife is bisexual but prefers women. To that extent, she’s had a select few male lovers, but none of them ever really panned out. We have a little joke between the two of us that, she is a full-on lesbian and I just happen to be her bi-curious. The reasons that they all didn’t pan out were simple, she just isn’t into many men.

Most of the men around the area we live are very conservative and for the most part, rude. (Say what you want about the conservative vs. liberal argument all you like, there’s simply a mismatch of values that ensures that we don’t get along.) The men that aren’t are usually married, taken or otherwise too close to the family to consider.

For example, my wife has a ten-year crush on a friend of mine that I consider a brother. Once in a while when he is mentioned she’ll say something like, “can we get Shaun to murder my vagina?” But, Shaun is married and we would NEVER disrespect their relationship by even suggesting it. We keep it friendly, we keep our hugs loving but chaste and we keep our flirting to a minimum, though flirting is a natural extension of who we are.

Once in a while, someone comes up who is attractive enough to warrant that kind of relationship at least on the physical level, but for one reason or another, things rarely pan out.

As far as the statement of gender, I really couldn’t care any less. Who my wife decides to sleep with, I have long ago decided was none of my business. There are exceptions to this rule, but for the most part, as long as she is doing this in a safe and controlled environment, practicing safe sex, and being true to herself as a human being, I have no cause for complaint. I don’t feel jealousy over physical intimacy and I can’t really fathom why anyone would. I don’t know why this emotion exists anymore.

Now, if my wife decides to spend ALL of her time with anyone, regardless of gender, well then I would not so much feel jealous, as I would just miss her.

But, even then. Above all of this, I want my wife to be happy. If, in order to be happy, she needs to spend the majority of her time with someone else, while I wouldn’t like it, I would accept it. Her happiness is something I put way in front of my own. This is the way I am.

Gender doesn’t even begin to enter into it. The ONLY issue that I have with her being with another man is that the proper precautions are taken to prevent pregnancy (as well as STDs). I don’t care who sleeps with whom, but I’m finished having children.

Just done. I have one, and one is enough. Stuffing her back up there is out of the question, or so Google says.

When she finds love outside of our marriage, our marriage becomes that much more special and beautiful. Essentially, we’ve devised an emotional and social construct that allows us to indulge almost anything we like, and still remain faithful to the tenets of our love to each other.

Here’s the reality regarding the male issue.

I am absolutely secure in myself as a person, as a man, and as a lover and husband. There is nothing that any man or woman could possibly do that could ever bring my wife away from me. But, let’s say for a second this was false. If someone can do something better than I can, I want to learn from him. I want to know what he knows. If my wife likes something he does better than an equivalent thing I do, I want to know what that is, so that I can adapt and please her better.

If, in the end, she chooses someone else over me, though it would break my heart, I would lovingly help her pack her things to pursue whatever life threw her way. Male or female.

There is a selflessness within the institution of marriage that I think a lot of people overlook. It is the obligation to put your spouse above yourself. Polyamory, for us at least, fills that obligation rather nicely.

Let’s face it, my wife is perfectly capable of self-love, cooking her own meals, making her own money, doing her own laundry and taking care of our kid. I help her and do these things for her because I love her and because wen I took a vow to love, honor and cherish her, it meant that she never had to do any of these things alone every again. We call ourselves a team, and we mean it in every sense of the word.

“Venus”, hopefully, will make a nice addition to our peripheral family by fulfilling some of her emotional and physical needs. They’re both amazing and amazingly beautiful women, and I look forward to finding out where this goes for the both of them. The idea of a triad has been discussed, though I have no intention on moving in on their relationship. If it hits them right, they can come to me about it and include me if they so desire, but I’m perfectly happy with things are right now.

And this is before I even start thinking about gender. Love is love, regardless of the equipment you have.

This article has been republished from The Good Men Project with full permission and was written by Johnathan Bane. You can view the original article here.

If you liked this story, read more like it on The Good Men Project:

I’m Never Going to Be a ‘Good’ Polyamorous Person
Monogamish: a Middle Path Between Monogamy & Polyamory
6 Things I Learned When I Catered My Partners’ Wedding