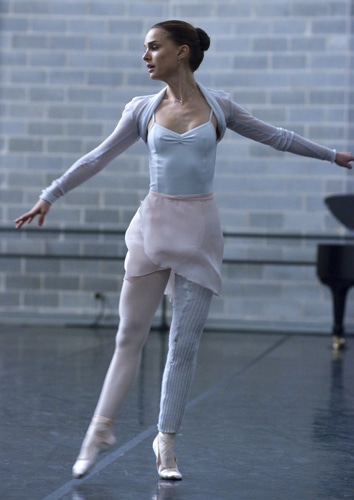 One of New York’s most famous dancers has revealed the grueling diet and fitness regime that Natalie Portman went through to prepare for her role in Black Swan.

Robert Brace, who is now a fitness guru, says Natalie followed a real ballerina’s training closely so that the dance scenes would look authentic to not just the general audience, but to ballet fans as well.

“Natalie had to get up to speed very quickly,” Brace told E Online. “Her body looked accurate. There are certain things a dancer would notice because she hasn’t been training for four years, but she had to get a rush job done and she looked like a dancer. She worked out one on one with a trainer to get her technique right. That takes ballet dancers years.”

Natalie admitted to losing almost 22 lbs from her already thin frame so her body would look just like a ballerina’s, saying that she took no shortcuts and “barely ate.” Her breakfast consisted of a few grapes, and the same for dinner.

Brace, who performed with the Metropolitan Ballet for 23 years, describes a ballerina’s typical diet: “Some will not eat breakfast, then a small salad for lunch, a small amount of nuts, fruit and nothing in the evening.”

“It’s very extreme,” he says. “The diets are not healthy. There are a lot of food and calorie restrictions, lots of coffee and cigarettes to keep the weight down.”

Portman had to return to a normal diet slowly and learn how to eat food again properly so her system could handle it.

“You can get sick if you rush it,” says Brace.

Now that Natalie is pregnant and engaged to her co-star and choreographer Benjamin Millepied she’s been eating much healthier and has put on most of the weight she lost during filming.