Why You Should Never Say, ‘It’d Be Easier If He Hit Me’

Violence doesn’t make it any simpler to leave.

I was looking out the window — staring at cars and trees and falling leaves — when my friend said nine words which shook me, which rattled me, and which angered me to my core: “I wish he would have hit me. It would have been easier if he hit me.”

Of course, I understood what she meant. The evening before, her world had been shattered. Her heart had been broken, and her marriage had dissolved.

In an instant, her perfect nuclear family fell apart, and it ended not with a bang but with a whimper: they were two people who simply grew apart. And while I felt for her — I understood the hole which this wound left in her house and her heart — it wouldn’t have been easier if he hit her, which is one of the biggest domestic violence myths.

As a “survivor,” I can say with absolute certainty, domestic violence doesn’t make divorce any easier.

You see, the first time he hit me, he struck me in the face. He slugged me after one too many drinks, and over a banana. To say I was shocked would be an understatement. I had known this man — this boy — since he was 12 years old and now he was hitting me.

He was hurting me. He was pummeling me through closed eyes and with hardened fists.

But instead of leaving, I stayed. I choked the incident up to a fluke. A mistake. I decided it was nothing more than a drunken tussle, but then he hit me again. He pushed me. He kicked me. He punched me. One night, he choked me. He tried to drown me in bubbles and a foot of bathwater.

My stern and steadfast resolve went out the window. Because there isn’t anything easy about abuse. At all.

Because I thought we were in love. 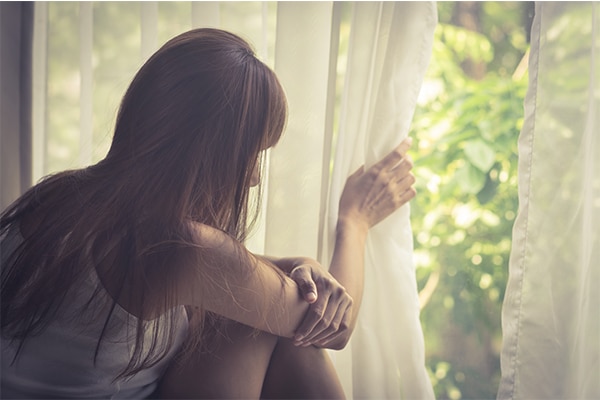 But we had a history: a long, non-violent history, i.e. I fell in love with a young man — a boy — who was sweet and gentle and kind. A boy who wrote me letters and poetry. A 12-year-old boy who didn’t have a violent bone in his body, at least not then. Not in the beginning.

But then things changed. Life changed, and we grew. We became very different adults, and before I knew it, I didn’t recognize him or us. Our relationship was broken and ugly.

Of course, abusers aren’t abusive all the time. In fact, we often went weeks — sometimes months — without an incident. Without being beat, slapped, pushed, or hit. And, in my case, the abuse was directly tied to alcohol.

My husband was a violent drunk, and he only hit me or hurt me when we was under the influence. When he had one too many shots of Jack Daniels or a few too many beers. But when he was sober, things were good. He was sweet and loving and sorry. So, so sorry.

But that is also an abusive tactic, perhaps an unconscious tactic, but a tactic nonetheless, because abusers lull you into a false sense of security. They hold you and love you and care for you. They make you believe you are special. Their one-and-only. They control you with compliments. They make you believe they are remorseful, and they do so with empty words and broken promises.

And while I would like to tell you there was some “ah-ha” moment — there was some final fallout and that I made some epic “I’m not taking this anymore” last stand — our relationship dissolved just like any other: not with a bang, but a whimper.

One day, I simply had enough.

So please know that while things seem easier on the other side, while it would appear easier to leave if there was a violent outburst, it isn’t. I promise you it isn’t. At all. And just like you, I felt hurt. I felt helpless and hopeless, unloved and trapped, and I felt desperate  — desperate to cling to what was not what my life had become.

Because we are not that different. Our circumstances are, but our disappointment and heartbreak are exactly the same.