New Doco Gets Real About Periods

Can you imagine a world without periods?

For a moment you might think it’d be absolutely fantastic, until you take a step back and acknowledge none of us would actually be here today if it weren’t for the red seas.

Despite period bloating, embarrassing moments, emotional rollercoasters, the awkwardness of period sex and bloody stains our menses have caused us over the years, they’re also an amazing natural phenomenon which bring life into the world.

Yet with such wonderful implications, it seems surprising that whenever periods are brought up in conversation it’s done so with hushed voices and met with wrinkled noses. Periods occur to over half the world’s population and have happened since the dawn of time, so why is there still such a stigma attached? 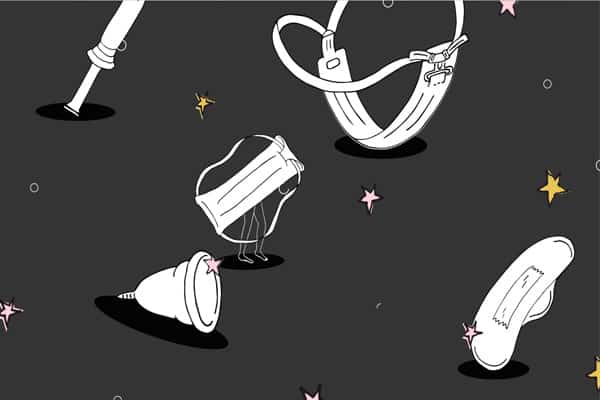 The first company to release an invention since the 1980s for women with periods, forward thinking startup, THINX, has developed washable, leak-free, stain resistant intimates we can wear when Aunt Flo is in town. Not only are their creations a fabulous addition to the sparse array of feminine hygiene products, but the inventors are also being pretty vocal about the topic and the taboo associated with it.

To battle this, the feminine hygiene company recently released a short documentary, The Week. The film sees THINX’s co-founder and CEO, Miki Agrawal, along with other fierce women including Jackie Tohn, Sophia Bush and Joy Bryant, get real and discuss periods. It’s eye-opening, heartfelt, and we love it. Take a look.

The mini doco not only highlights the fact there’s nothing shameful about periods, but also skilfully points out we should no longer do a “secret dance” when it comes to discussing them. Sophia Bush explains perfectly as to how she thinks it all began.

“The conversation about it always starts in very hushed tones, and it’s something the boys have to go away for, and it’s you know, a little embarrassing.”

But more importantly, the video highlights a much bigger issue – over 100 million girls in the developing world miss a week of school each month due to the lack of effective protection.

The good news is the feminine hygiene providers are doing something about it; teaming up with Ugandan foundation, AFRIpads, to help fund the donation of reusable cloth pads to over 67 million women in Africa so that they can continue their education. In addition they’re providing an alternative form of protection for women in the Western world whilst simultaneously screaming from the rooftops about removing the stigma surrounding the matter. Go THINX!

So how can we help this rad company continue its fab work? Well for starters we can buy a pair of their cute little undies, but more importantly, instead of feeling ashamed about it, we can be open about the fact that periods are inescapable, they do happen and they’re the sole reason as to why we’re here on this beautiful earth.

To finish, we’ll take the words right out of Agrawal’s mouth and say, “Share this video with a friend and break the taboo.” You don’t have to ask us twice.