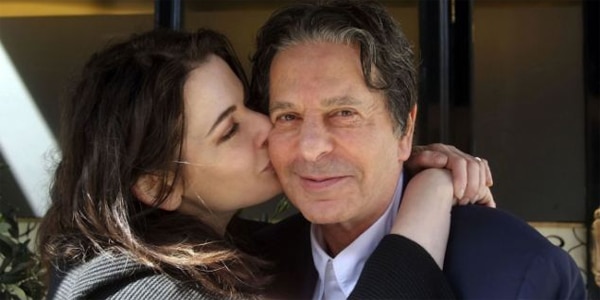 Can you believe this? Charles Saatchi is divorcing Nigella Lawson citing “disappointment” that she didn’t publicly defend him after he choked her in public!

“I am sorry to announce that Nigella Lawson and I are getting divorced,” Saatchi, 70, said in a statement to the UK’s The Mail newspaper.

“I feel that I have clearly been a disappointment to Nigella during the last year or so, and I am disappointed that she was advised to make no public comment to explain that I abhor violence of any kind against women, and have never abused her physically in any way.”

Shockingly, Saatchi alludes that the celebrity chef, 53, had also choked her husband in the past.

“This is heartbreaking for both of us as our love was very deep, but in the last year we have become estranged and drifted apart,” the statement continued. “The row photographed at Scott’s restaurant could equally have been Nigella grasping my neck to hold my attention – as indeed she has done in the past.”

Saatchi was interviewed by police for five hours after the 9 June incident, and received a caution, admitting his actions to police. He then famously shook the incident off as nothing more than a “playful tiff.”

What do you think about Charles Saatchi divorcing Nigella Lawson?