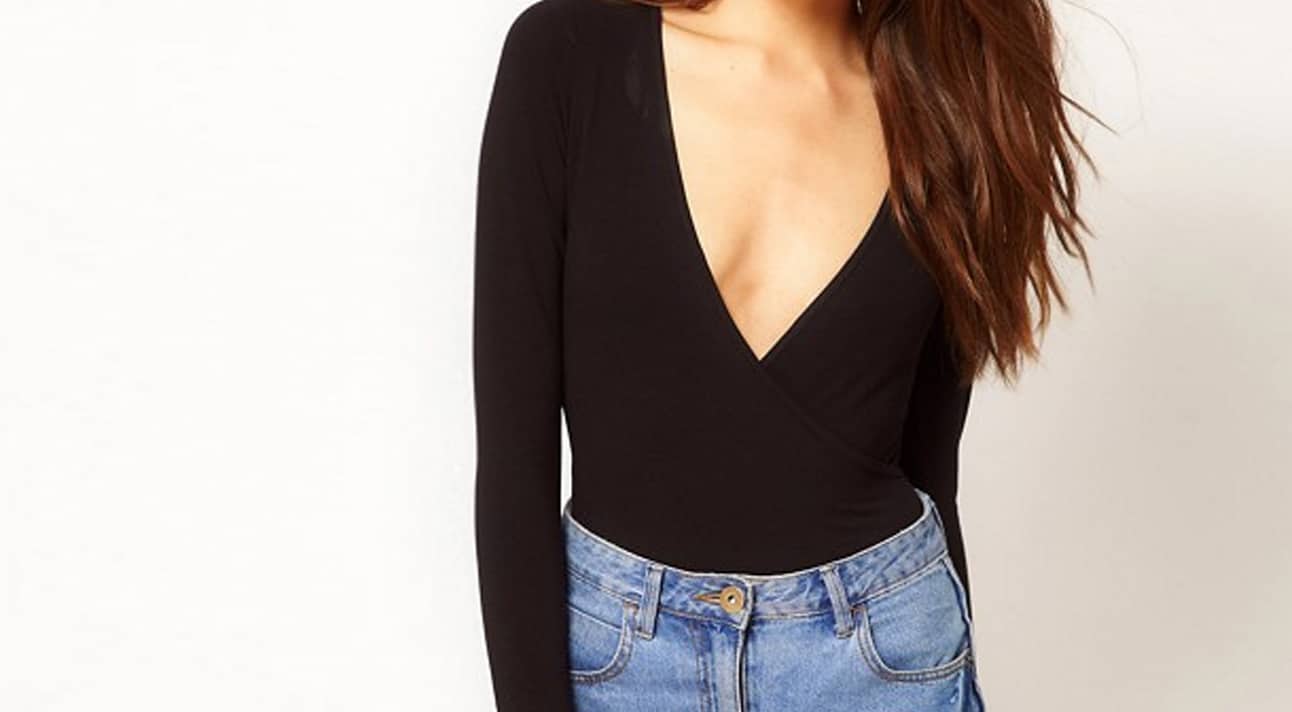 13 Resolutions You Can Make Any Time Of Year

If I have to look at my male colleagues’ high beams when the office air-con is on full blast, they can deal with mine.

I was 13 when I first became aware of my breasts.

“Look! You have little buds!” my mom beamed while flipping through photos of our family beach holiday.

The unexpected lumps sat awkwardly on my lanky frame underneath my new bright blue bikini, as if somehow signaling they weren’t at home.

I suddenly became aware of my body in a way I hadn’t before. Embarrassed it didn’t look like the other girls’ in my class, who were already proudly wearing sports bras and filling out sweetheart necklines at school dances.

My ‘buds’ seemingly never bloomed, in spite of the so-called bosom-enhancing exercise I performed religiously before bed each night, silently mouthing out the words, “I must, I must. I must improve my bust.”

And so they became a continued source of shame; something to be concealed under the heavy weight of constricting fabrics that erased any trace of their existence.

Until college hit and I gained the freshman five; and everything changed.

My breasts filled out – not in any sort of dramatic or miraculous way, but just enough to fit into a B-cup bra, suddenly thrusting me into womanhood and the world of lingerie.

I began embracing bra shopping, and stumbled upon racks upon racks of magical brassiers armed with secret pockets of buoyant gel designed to prop up modest busts and trick unsuspecting passers-by into believing the wearer’s breasts were perky and ample.

I’ll never forget wearing my first one. The way people looked at me: girls half-mystified, half-envious; boys letting their eyes wander up and down my newly curvy frame.

A woman grabbed my arm as I was leaving the restroom at a bar one night and said, “You have really great boobs. Are those real?”

And so push-up bras became my armor. They were the only kind of bra I owned. And I had the full collection; from subtly enhancing to industrial-strength, there was one for every occasion. But there was also the inevitable Catch-22 when I accepted a date out with a guy. Should I wear my most visually fooling bra and risk coming undone, should the night become amorous? Or should I wear one that wouldn’t cause shock when my meek offering was exposed?

My best bras were so heavily padded, my chest felt like solid rubber when you pressed it; my breasts appearing a good two cup sizes larger than they really were, boosted up by sizable hidden gel inserts.

I had to become sleuth-like at making love. After my dress had been unzipped, I’d playfully flick out the lights, fling off my bra and jump underneath the sheets, always directing curious hands away from my chest. Somehow, even as a grown adult woman, my breasts were still a source of shame; something to be hidden from sight; manipulated to look rounder, larger, perkier than they really were.

Then one night, while watching TV between completing college assignments, I saw my first bra-free small-breasted woman. The actress burst onto the screen in a dangerously plunging silver dress; her tiny A-Cup breasts visibly etched beneath the sheer fabric in all their dainty glory. She was captivating, glorious. Rather than attempting to mask or manipulate her distinct lack of cleavage, she’d embraced it. And it was sexy as hell. 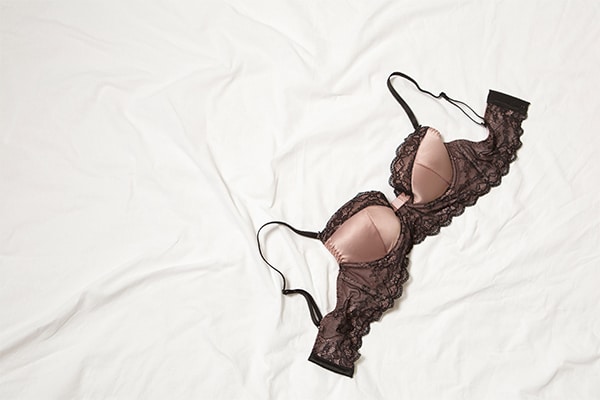 It suddenly occurred to me that my ‘buds’ didn’t need to be a source of embarrassment – to be covered, repressed, kept from offending. They were simply a part of me. And the way I was – though far from fitting the mold of the women I’d grown up seeing on TV and in magazines – was okay.

Actually, it was more than okay. It was kind of glorious, too.

And so I started trialling going braless. First out to meet friends, and then, eventually, as my confidence grew, to work.

There was something indescribably emancipating about stepping into my office without the suffocating sensation of a garment weighed down with padding and wires tugging at my chest each day. About no longer spending the commute home fantasizing about the delicious moment I’d pass through my bedroom threshold and fling my constrictor off.

I felt more like myself. My imperfectly formed, but altogether worthy self.

And I’d never felt more powerful, confident, ready to take on the world each day.

Moreover, without the ever-present sensation of a device clutching at my tits all day, I was more comfortable than ever, and surprisingly more productive at my job. It was then I decided to conduct a little research into the benefits of a life spent dutifully prescribing to bra wearing, and discovered, simply and shockingly: there were none.

In fact, in a 15-year-long study conducted by University of Franche-Comté professor Jean-Denis Rouillon into the effects of bras on breasts, it was concluded that “Medically, physiologically, anatomically, the breast does not benefit from being deprived of gravity.”

Rather, besides doing our melons no benefit, bras serve to reinforce the pervasive idea our bodies need to be constantly contorted to conform to an otherworldly Barbie-like standard in order to be fit for consumption; be it at home, or in the workplace.

And as for the suggestion going to work sans bra makes me look somehow more unprofessional, or inappropriate; the visibility of my nipples an apparent distraction to male colleagues unable to grapple with the fact women possess mammory glands?

Charles Darwin himself observed, “it is well known that in the males of all mammals, including man, rudimentary mammae exist. These in several instances have become well developed, and have yielded a copious supply of milk.”

While the claim men can breastfeed is still dubious at best, it is in fact true, biologically speaking, male breast tissue (while occurring in significantly lower amounts to that of women) is basically identical to female breast tissue. It even contains the same small clusters of alveoli with the ability to produce milk in response to the hormone, prolactin, which surges in pregnant women to promote lactation.

Moreover, men have never been obligated to wear a constrictive undergarment comparable to the bra to divert eyes away from their high beams underneath thin business shirts when the office air-con is on full blast.

So while I’m not about to begin torching my bra collection any time soon, I now prefer to reserve it for special occasions, when a particular outfit, or mood, calls for it.

For now at least, I’ve decided to leave my buds in full bloom.

Images via asos.com and shutterstock.com.

Comment: What’s your opinion on wearing a bra to work?