Moving on is not neglect.

When I was 18, a good friend of mine committed suicide.

It was a sadly commonplace story. A talented, beautiful, vibrant girl hiding a whole host of insecurities none of us were aware of, until it was too late. She was the same age as me, and shared a mutual love of dance. We had been competing against each other since the age of nine, but that never affected our friendship; animosity was never on the radar.

The day I found out she killed herself was the first day of my final exams. I awoke nervous but semi-confident; I’d toiled away for the entire school year. If I didn’t know my stuff by now, I’d never know it. I dressed and hopped downstairs to the kitchen, where the rest of my family were already having breakfast.

There was no denying the atmosphere was more subdued that usual. My sisters were sitting eerily still at the table, silently watching morning talk shows. My parents were moving around sluggishly, looking slightly dazed. I thought nothing of it, and attributed it to the fact I was about to enter the biggest examination period of my school life.

I pulled out my phone to check my text messages, but to my frustration it refused to come to life when I fervently pressed the button. This was in the days of the old brick cell phones; no camera, no internet, and a removable battery.

“That’s weird, my phone won’t turn on.” I lamented, expecting my fix-it-all father to swoop in, work his magic, and charm the device back to life. Instead he reached over my shoulder, took the phone and planted it in his back pocket.

“Why don’t you leave it with me?” he said flatly. “You’re not allowed it in the exam anyway.”

“Fair enough,” I replied, and thought nothing of it.

I arrived at school with the rest of the anxious senior class, and noticed the school psychologist was loitering at the door of the exam room. “What the eff is she doing here?” I whispered to a friend, who just shrugged.

“No idea,” she murmured back. “But I wish she’d leave, I can’t stand her and I can’t concentrate!”

The two exams I had that day came and went without too much fuss. I was calm, I was cool, and I was ready to dash home to watch The OC (read: drool over Ben McKenzie) before I jumped on the study train again. But when I walked through the front door, buoyant after a fabulously productive day, I found my sisters sitting quietly on the couch, looking unusually despondent.

“What’s up?!” I gasped, having run up the driveway. “Where are the parentals?”

“On the balcony,” my younger sister replied, her face expressionless. “They want to talk to you.”

My stomach dropped. I wracked my brain…was I in trouble? What could I have done to receive this presumably stern talking-to? I opened the screen door and sauntered outside, still clueless. My parents were sitting at the wooden outdoor table. Their faces were strained; wracked with an emotion I’d never seen before. Still, I didn’t suspect anything out of the ordinary. 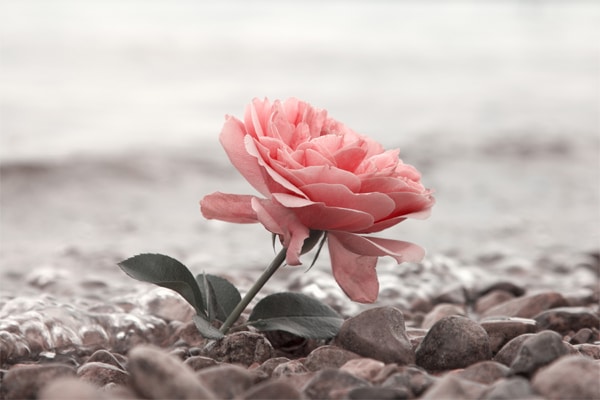 “What’s going on?” I asked, impatient to flick on the TV.

“Sit down, baby,” said my mother, gesturing to the chair opposite her. “We’ve got some bad news.”

I sat down slowly. My heart was starting to beat ever so slightly faster. Something was definitely wrong. My father looked me in the eye; that strange emotion etched all over his usually joyful face.

“One of your friends died yesterday,” he said gently. “Elizabeth.”

It went straight over my head, as if he’d told me we were having steak for dinner. “No, she’s not dead, I just saw her!” was my knee-jerk reply. My parents didn’t say anything, just stared at me, that foreign emotion becoming more and more pronounced.

“She’s not, is she?” I continued. Hope was fading fast. I looked from one desperate face to the other. The blood started to pound behind my eyes and through my ears. The earth shifted, like it had fallen off its axis, never to be righted again. My vision was suddenly warped, like I was staring intently through the wrong end of a telescope, unable to regain that clarity I took for granted moments ago. Finally, it hit.

“Oh, God…” I stuttered, and my mind went blank. It was then that I registered what was written all over the countenance of my parents’ faces, the feeling I couldn’t put my finger on.

I don’t remember much else of that night; just a lot of crying, chaos, and terrifying silence. The next week was a mish-mash of trauma. I still had seven exams to go, plus the funeral, which I had agreed to sing at. It was the first time in my short life I had truly experienced the overwhelming effect grief has on the human body. Your whole frame aches; every muscle seizing, breath catching in your lungs, all hope of release eliminated. It irreversibly changes you.

That was nine years ago. Nearly a decade of my life has gone by without her now, and I’ve felt it keenly every time that fateful day in October rolls around again. In the first few years after she died, I thought about her all the time. I would relive the anguish every single year, suffering from a strange sort of survivor’s guilt for all the things she missed.

As time passed and I got busier, and began to think of her less. But the same debilitating grief would surface without fail when the yearly reminder that she had left us arrived. It was becoming easier to deal with, but I would always succumb to the imprint of the wild trauma I felt years ago.

However, this year something shifted. The anniversary of her passing came around, and went. It didn’t occur to me until about 6:30 that night. It wasn’t like I was pushing it away to try and cope like I’d done in the past; this time it honestly hadn’t occurred to me. I caught myself out, and remembered with a certain degree of shame that her birthday this year had also gone by, unmarked in my mind. It had for the past couple of years.

My first instinct was guilt. What was wrong with me? How could I be so self-centred, so uncaring as to neglect the commemoration of a day that changed my life forever? I cringed at my own selfishness. Here I was, flaunting my wonderful life for all the world to see, while Elizabeth’s had been cut so tragically short.

Then it hit me. I was moving on.

Rather than augmenting my guilt, the thought made me strangely pensive. For some reason, I knew in that moment the way I could treasure her memory was not to wallow in the anguish of the past, but to celebrate a little life that, although only lit for 18 short years, burned far brighter than most.

I smiled, my mind calm once again. Perhaps she was moving on too.

On the broad scale of human emotions, grief is one of the most crippling, unproductive, and surprisingly self-destructive. There is no ‘right’ way to deal with it. However, we shouldn’t cling to grief to punish ourselves for surviving while others didn’t. I will always remember and adore my friend, and I will always be sadder for the loss of her. But it’s possible to move past sadness without forgetting, and I think that’s what she’d want all her loved ones to do.