Why Is It A News Story When A Female Celebrity Outfit Repeats?

This is not news. It’s real life.

In this world of fake news and clickbait headlines, the one that gets my most exaggerated eye roll is, ‘[Insert female celebrity name] Wears The Same Outfit For A Second Time!’.

Melania Trump “dusting off” her white Michael Kors dress and being photographed in it in public should not have been news. Melania may have made questionable outfit choices since then, but wearing the same outfit twice was not one of them.

After reading the “news” about Melania, my thoughts naturally jumped to Kate Middleton whose dressing habits have won her the title “the duchess of repeat outfits” as she’s been “caught” or “captured” in not one, but at least 32 repeated outfits. If she’s done it so many times to the point that it’s expected behavior, why are we still writing about it?

A quick Google search reveals this type of story has been written about a whole list of celebrities. Kim Kardashian, Keira Knightley, Eva Mendes, Helen Mirren, Kirsten Dunst, Jennifer Aniston, to name but  a few… The list goes on and covers just about every actress.

The hypocrisy here is as a society, we want celebrities to be realistic, a’la Jennifer Lawrence’s early days of fame, with candid interviews and stumbles on the red carpet. But we can’t have it both ways; hunting for signs celebrities are ‘just like us’ and then crucifying them when they emerge in public wearing the same outfit. They have washing machines too. I’m sure it’s been cleaned.

Notice how all these examples are women? This is not by design, but simply because examples of men repeating attire is reported rather differently.

Let’s not forget the Australian TV presenter’s experiment to see if anyone noticed him wearing the same suit on the air every day for an entire year. Spoiler, no one did. Or more recently, Michelle Obama spoke about her frustration with her every accessory being noted, while no one noticed her husband wearing the same tuxedo for eight years.

The thing is, we don’t really care when a male celebrity wears the same thing. Pharrell’s hat became a trademark, not trite.

What’s really at play here are the expectations on public women. They are continuously judged by their appearance or contents of their closet over and above their actions and ideas. Exhibit A: women in politics, from Hillary Clinton’s suits to Theresa May’s leather trousers.

For those who aren’t convinced this type of petty reporting is both dumb and boring, allow me to point out how it can also be damaging. The impossible standard set for celebrities trickles down to us peasants… 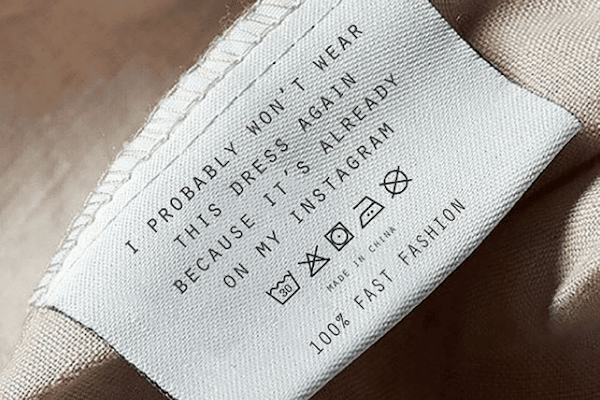 The pressure to wear something different has kept the fast fashion industry alive and closets packed with pieces already posted on Instagram. As a result, there are now etiquette guides for women about repeating outfits, as if we can’t wear whatever we want, when we want.

It’s not news or fashion reporting when a woman wears the same outfit twice. It’s not even a good story! All this does is point out supposed flaws in female figures based purely off of their appearance. Isn’t it time we move past this?

Comment: What do you think about stories reporting on female celebrities outfit repeating?