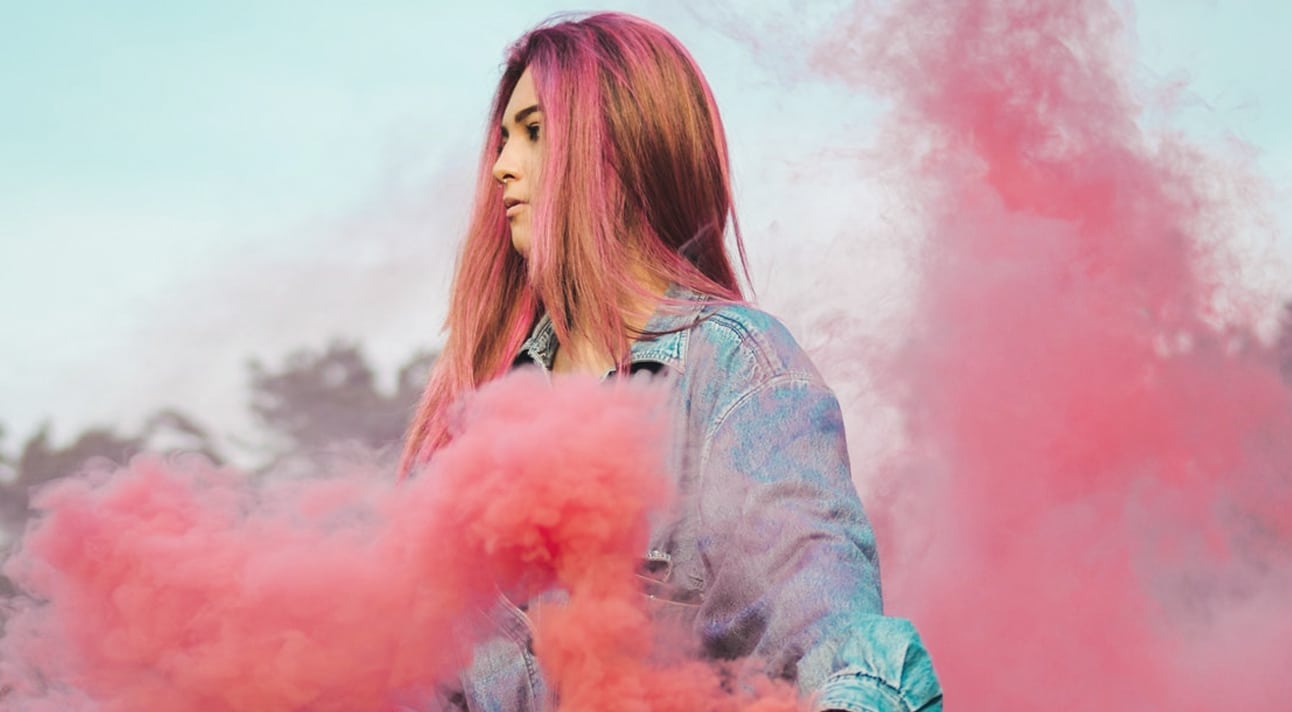 The Trust Game: How I Changed For My Partner

From Twitter hashtags to celebrity interviews, mental illness is having a cultural moment.

The press is filled with the message that people with mental illnesses can be just as successful and fulfilled as anyone else. For some people that’s certainly true, but what if that’s not what happens?

What if it’s a struggle to work, make friends, and conform to social norms? What if you’re one of the verboten weirdos?

I know what that’s like because, not long ago, that was me. I first began having symptoms of mental illness in childhood, developing physical and vocal tics that my parents blamed on the Tourette’s syndrome which runs in my mother’s family. While the tics diminished over time, they also transformed, becoming what I thought of as my ‘mental Tourette’s.’ It was uncomfortable but not disabling until several years ago, when whatever part of me held my symptoms in check suddenly collapsed. After six miserable months, I dragged myself to a doctor, was referred to psychiatric services, and diagnosed with OCD.

It’s hard to explain what it’s like to be in the grip of a mental illness. It doesn’t help that OCD is often misunderstood, wrongly categorized as neurosis or, even worse, just being anal. OCD is defined by the presence of distressing obsessions, which many patients try to counter through ritualized compulsions. The contents of those obsessions are not fixed but malleable, fanning out into all areas of life and changing over time. I was fixated by religious themes, karmic punishment, and social infractions that I thought I’d committed. There was no logic to the obsessions — which, if anything, made the entire experience worse.

It’s impossible to express the sheer frustration that comes with being tormented by the idea of a hell you don’t believe in.

During this time, I went from being ostensibly functional to unemployed and isolated. As I’ve begun to seem “normal” again, I’ve also become more and more aware that there’s a right kind of sick. And that’s the kind of illness which stays politely out of sight. While mental illness may appear more in the media, there’s still little patience for people who visibly demonstrate that they’re suffering. It’s fine to be mentally ill if you’re materially successful and working, less so if you’re not.

This is part of a long and troubled history of how society imagines mental illness, from members of the public gawking at chained patients in Bedlam Hospital to sensationalized photographs of “hysterical” women. We’ve often been pictured as being somewhere between monsters and children, untrustworthy, pitiable, and dependent. Now all of that is supposed to be changing. We’re reminded that anyone anywhere can become mentally ill, that it isn’t a barrier to leading a good life or climbing the career ladder.

What this drive to normalize mental illness often means in practice though, is putting forward the so-called success stories: people who are surrounded by love, have good jobs and are easily admired. Let me be clear, none of these qualities diminish the reality of mental illness or make an individual’s suffering any less powerful. The problem is that this experience of mental illness only tells one part of the story. And there’s a danger that this part is obscuring everything else.

Having a mental illness is still strongly correlated with higher rates of unemployment, isolation, and poverty. For well-meaning charities and media organizations, this reality can be challenging to represent. There’s a need to acknowledge hardship without falling back into stereotypes of people with a mental illness as dysfunctional victims. The resulting compromise is often to focus on more celebratory stories, side-lining all the doom and gloom. When I think of the most recent articles I’ve read about mental illness, the majority have been stories like mine: ones where someone gets better.

But asking for acceptance is undermined when all the visible faces of mental illness belong to groups society already finds easy to accept: the employed, the well-off, the socially adept. People who you can imagine having a drink with or bumping into on the school run. The result is a growing message that it’s fine to be mentally ill as long as you’re indistinguishable from someone who isn’t. When I was at my worst, I remember reading these kinds of success stories and feeling ashamed. What’s your excuse, I thought — if they can manage, why can’t you?

These failures can’t all be laid at the door of the media. Another reason we’re having such a one-sided conversation is that the people who speak out are already in a relatively fortunate position. If you’re struggling just to get by, it’s unlikely that you’re going to find the time or energy to speak about mental illness. The popularity of wellness narratives also plays a role. It’s psychologically satisfying to read about journeys from illness to health, as opposed to the long hard slog of getting better and then getting worse again. But if every story is a story of recovery, where does that leave the rest of us?

Because the reality is that for many people, mental illness is a chronic condition.

At my OCD Support Group, I listen to people describe the peaks and troughs of their symptoms. How the severity changes with new medications, with therapy, or just the arbitrary occurrences of everyday life. I’ve learned that there is no fairness to how mental illnesses progress. People can be courageous and hardworking and still not get better. Because that’s what it means to have an illness; it isn’t predictable or convenient or kind. It’s just an illness.

I’m not trying to be hopeless. I believe that, with treatment, most people can find a better way to manage their symptoms. But the key point here is with treatment. This is one of the reasons why only presenting the least obvious face of mental illness is so damaging. It draws attention away from the need for long-term support, both in terms of psychiatric and financial care. If everyone is a success story, why should more funding be put in place?

The problem is that this kind of care costs money. This is why I often feel cynical about the platitudes that surround mental health campaigns. It should be easy not to feel contempt for people with mental illnesses, what’s much harder is to do something that helps. Maybe change begins with the very basic acknowledgment that people with mental illnesses are people too. The danger is that this becomes a feel-good way of avoiding the harder fight for practical support. In the end, acceptance means nothing when it doesn’t come hand in hand with an obligation to act.

To really end stigma, we need to work harder to give everyone with a mental illness a voice, not just the so-called success stories.

Part of this means doing a better job of tackling issues like poverty and unemployment. But it also entails being more generous in our assessment of what a successful, well-lived life can look like. Being unable to work is not synonymous with failure, and social difficulty should not make someone a pariah. In the case of mental illness, both should be understood as symptoms rather than the consequence of personal weakness.

Our society still struggles to acknowledge that mental health isn’t a litmus test for effort or morality. The painful reality is that sometimes you can try your best and still be unwell. People who are struggling should be provided for rather than hidden away like shameful secrets. They should also be given a platform to speak as equals. How else is real empathy, rather than pity or empty positivity, ever going to be possible?

People in my position can help by not reiterating the tempting narrative of an irreversible journey to health. Recently, I mentioned to a new friend that I’d been diagnosed with OCD.

Walking home afterwards, I had a bittersweet moment of realizing that I’d come through the other side, that I seemed “normal” again. But I still think of my mental illness as a thing that waits: for tiredness, for stress, for short dark days in winter. I can feel it, quieter but not absent, and always hoping to tighten its grip. I would like to know that if that happens, it won’t matter that I’m not the right kind of sick anymore. That no one will look at me and think that I’ve failed.

PSA: When You Misuse The Word “Insane,” I’m Going To Judge You
Knitting As A Form Of Therapy
Why People With Chronic Illness Fake Being Healthy