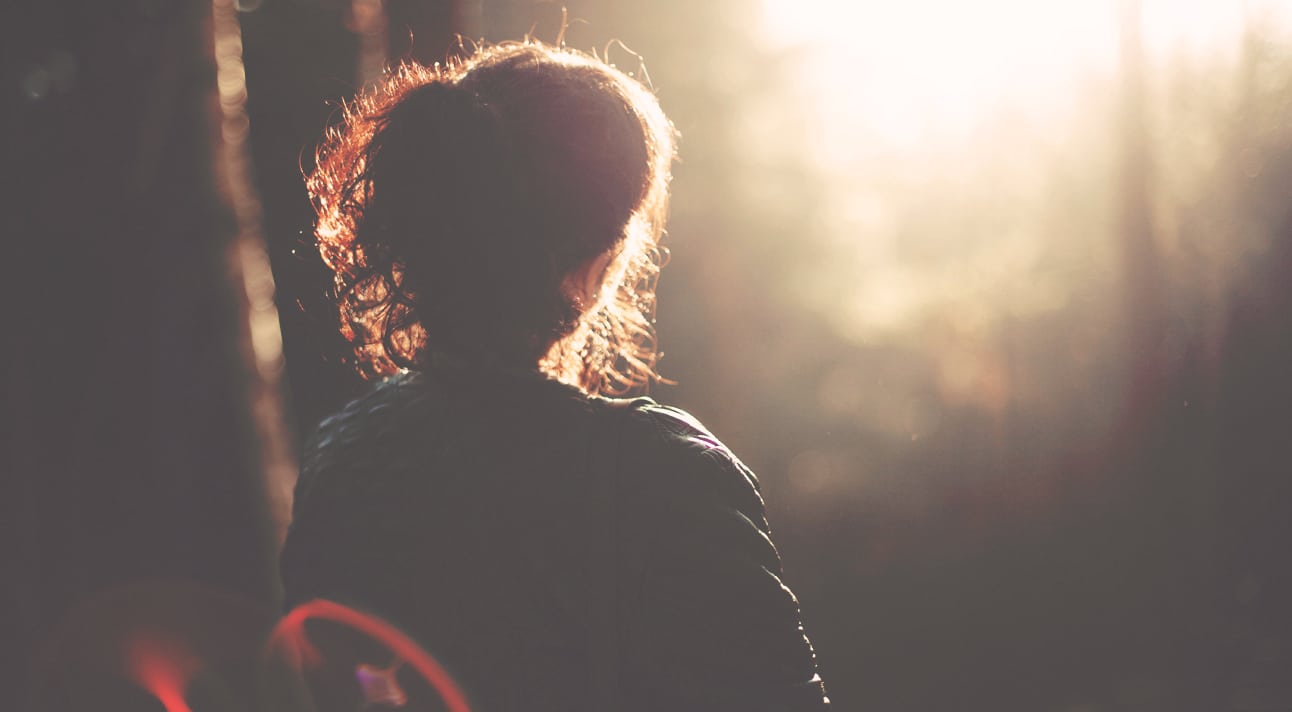 I Tried Light Therapy To Cure My Depression. Here’s What Happened.

My whole life, people have been telling me I’m “too much”. Bullshit.

The first time I remember feeling like people were afraid of me, I was six years old.

I was at the dinner table, and I was mad about something – whatever six-year-olds get mad about, probably some perceived injustice having to do with my being the baby of the family. I glowered at everyone at the table in turn before fleeing to my room and slamming the door. I listened to the stunned silence I’d left in my wake, vibrating with the power of my own rage.

Later, my father and stepmother came to talk to me about what had happened.

“If you could only see your own face when you’re angry – the look you give people,” they said to me.

My father shook his head and let out a big, weary sigh, dropping his face into his hands. My stepmother grimaced, seemingly equal parts mystified and terrified by me.

Maybe it’s because I’m a Scorpio. Maybe it’s because of my anxiety. Or maybe it’s just that I’m not afraid to speak my mind, even when it upsets people. But I’ve always felt like I had a special gift for making people uncomfortable, even when I’m not trying to. And really, I’m never trying to. I’m just living my life. Is it my fault if some people are overwhelmed by me?

Now that I’m grown up, I’ve mostly made peace with my personality. This is who I am: I feel things deeply, I’m terrible at small talk, and I can’t abide people who aren’t 100 percent authentic. (And trust me – I have a good radar for knowing when someone is phony-baloney.) My life is a little bit messy; I’m a little bit messy. This makes certain people nervous. In particular, it makes men nervous.

Don’t believe me? Think of all the names we have for women who don’t follow the rules: bitch, cunt, hag, whore, battle-ax, ice queen, feminazi, slut, nasty woman – just off the top of my head.

And it’s not just the plethora of misogynistic slurs used against us, either. It’s the stereotypes: the spinster cat lady, the needy girlfriend, the sanctimommy. The world is eager to fit us into categories that force us to be smaller than we are – less threatening, less powerful, just…less.

If you’re a woman who has dated for any length of time, and who has ever been honest about what you wanted from a partner, I’m willing to bet someone has told you that you were “too much” at some point.

They’ve hurt your feelings and made you feel like it was your own fault for being too sensitive. They’ve disappointed you, then accused you of trying to make them feel bad. They’ve told you to chill out. They’ve asked you why you can’t just accept things the way they are, and why you’re always asking for more than they can give. They’ve made promises, then made you feel crazy and stupid for believing they’d keep those promises.

But what if, instead of believing we were “too much,” we realized that these guys simply aren’t enough? Because they’re not. Any man – anyone, for that matter – who makes you feel bad about having feelings, standing up for yourself, having expectations in a relationship, or holding people to a standard of human decency, is an asshole.

Thirty-some years after having that fit at the dinner table, I’m finally shaking off the shame of being told that my anger was so devastating, I couldn’t even fathom it. For years, I used to stare at myself in the mirror, wondering what it was my parents saw in my face that I apparently couldn’t see. I’d make my angriest face, glaring at my reflection until I couldn’t take it anymore and started to laugh. I still don’t quite know what they saw in me, but I’m not scared of it anymore.

Sometimes, when we’re fighting, my boyfriend sighs and shakes his head the same way my father did that night, and I know that whatever that look was, I’ve still got it. But if he thinks I’m too much, he’d better step up his game. Because I might be a lot, but I’m not too much. And I’ll never try to make myself into less for anyone, ever again.

Image via pexels, GIF via girlsgifs

Comment: Have you ever been told you were “too much” for someone?