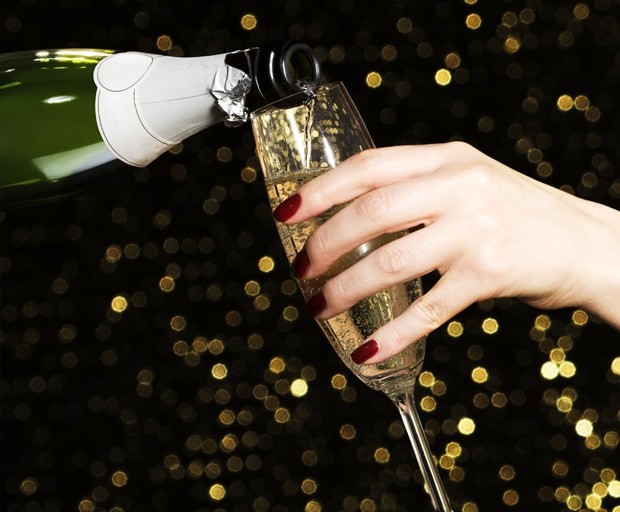 13 Shots You Need To Try This Party Season

I’ve always found New Year’s Eve can either be the greatest night of your life, or a complete let down. Whether you’re singing on a rooftop in Barcelona with a Spanish god, or roaring drunk and heaving up your pre-alcohol burger to stave off a hangover in your buddy’s downtown apartment, then evening is usually memorable for all the right, or wrong, reasons.

However, there is one place in the world where NYE is guaranteed to be as random as it is epic. New York is an amazing party city, and tends to ring in the New Year particularly well. But sometimes you get much more than what you’ve bargained for, especially when you wind up in Union Square armed with nothing but a tub of Ben & Jerry’s and a fork. Here are six extraordinarily random – and debaucherous – NYE stories from New Yorkers who know what they’re talking about…

1. You get what you pay for 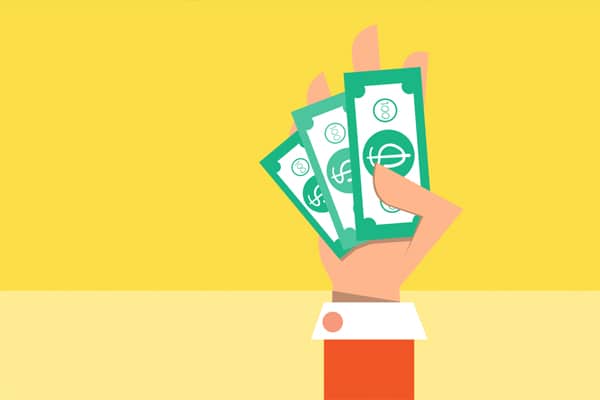 “On December 30th, a girlfriend of mine and I were at a jazz club in Midtown. There was this super cute European guy sitting next to her who said he was a trumpet player in a jazz band. The two of them began flirting and he ended up inviting us to his NYE gig at Lincoln Centre, free of charge. As it turned out, this gig was a $500-a-head private party at the very top of the building. So of course my friend and I exploited all the food and liquor. Eventually, she went home with the trumpet player to thank him for the favor, with, erm, another favor. I thought it was all fine, until she rang me the next morning, hysterical.

She had Googled the guy; turns out he was actually one of the most famous musicians in the jazz world. Like, he has millions of dollars, he parties in Ibiza, you know the type. It was literally the equivalent of sleeping with Freddie Mercury. The problem was, he had up and done a runner, leaving $500 on her pillow. Funnily enough, my friend wasn’t upset he’d thought she was a hooker, although she was upset he didn’t leave her more than $500!” – Daphne, 27

2. There will be fireworks 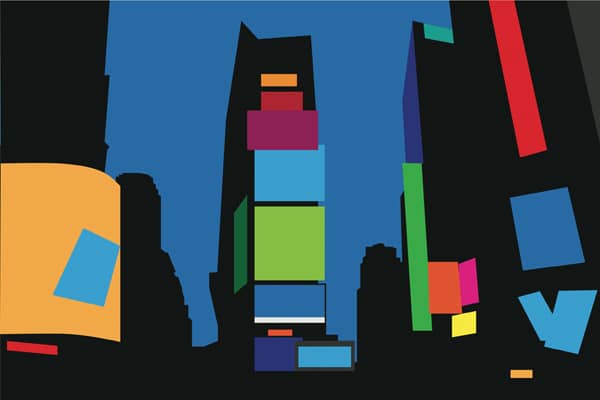 “All I had ever wanted since I was a kid was to be in Times Square while the ball dropped. It just looked like the best fun on TV, and I was so damn excited I’d finally managed to get there. As the Square filled up, this cute girl wound up standing in front of me. We were squished front to back (the Square was so full), but we’d still managed to make sexy eye contact a few times.

Anyway, in the 10 or so minutes before midnight, things got a little interesting. She started to grind her butt against my crotch. I looked around, panicking. I couldn’t stop her, Times Square was full to bursting and there was nowhere to move. I tried to distract myself, but needless to say, nature began to take its course. Let’s just say the fireworks weren’t the only thing exploding at midnight.” – Nate, 23 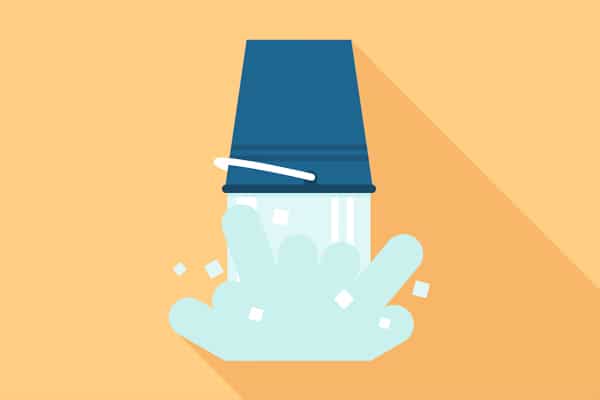 “I was at a loft party in Brooklyn with a girlfriend last year. The host was this guy she liked, and I knew as soon as she saw him she’d ditch me. While I’m spying on her as she throws herself at her crush on the other side of the room, another guy comes and stands beside me. “Is she with you?” he says, indicating to my friend. So I nodded.

“You know she’s zoning in on my boyfriend, right?” he tells me.

Talk about divine retribution for leaving me flailing, her crush was gay and taken! Anyway, the guy disappears for a few minutes, and emerges with a giant bucket of ice. He saunters towards my friend, and stands right behind her; she doesn’t even notice. Casually, the guy lifts the bucket and upends the ice all over her. She shrieks like a banshee and looks at him in horror. Everyone is crying with laughter. My new hero grabs his boyfriend, gives him a big kiss on the lips, and says, “This gives a whole new meaning to the ice bucket challenge!”.” – Chloe, 32

4. From Brazil with love 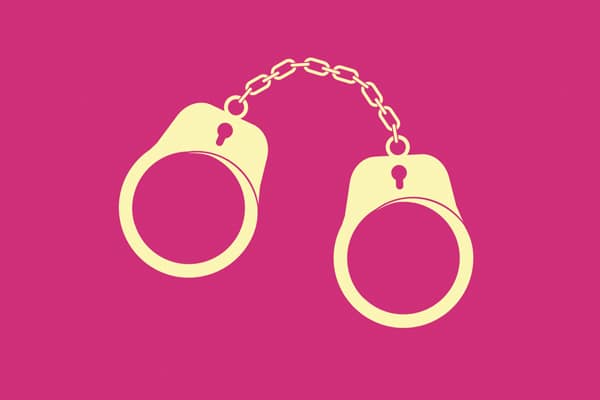 “When I was 25, I somehow found myself at a super fancy party through a friend of a mutual friend. As I milled through the crowd, I ran into a gorgeously groomed older gentleman, who looked to be kinda Spanish. I said sorry to him for my clumsiness

“That’s alright, beautiful lady,” he tells me, taking in my sequin dress. “Your dress – it’s like a fish…a piranha! In my country, Brazil, we have those.”

What followed was a stream of compliments and general sleaziness. I was about to brush him off, when he asked me, “Have you ever been to Brazil?” When I said I hadn’t, his smile widened. “I will fly you to Brazil! Tomorrow!”

This should have been the exit cue,  but the champagne had been flowing, and I was intrigued. So I did what any sensible semi-inebriated person would do; asked him whether he had a private jet. “I have three,” was his response.

That was good enough, especially as it was below freezing outside. Just as I was about to exit with him, security came barging in. Apparently he was a notorious pimp, who passed himself off as a billionaire at these events and hunted for new recruits. Mixed with my incredible relief was a touch of disappointment. I really would have liked to have gone to Brazil.” – Jessica, 30 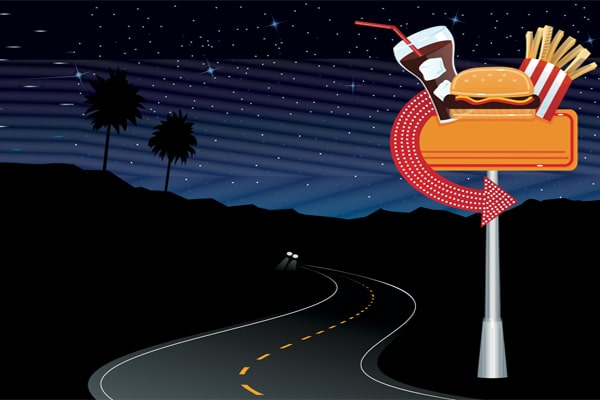 “So about 3am on New Year’s Day, I somehow found myself wandering 58th Street completely alone. Exhausted from partying, I decided to head back to my apartment. But I saw a diner ahead, and all I could think of was eating a bagel. When I bought the thing, sat down and started stuffing my face, two worried looking guys in their early 20s asked me for a pen. They had lost their friends and needed to write down their cell numbers before their own phones died. I loaned them a pen, and we all got to chatting.

Suddenly, the redhead’s cell started ringing on its last shred of battery. He rushed off to take the call, leaving me alone with the brunette, who looked like a less attractive Jake Gyllenhaal. Before you know it, we were inside the disabled bathroom making out like crazy. I was about to unzip his fly, when all the lights went out. The diner had closed with us inside it. Evidently, some disgruntled employee had neglected to check the bathrooms before they shut.

There were two choices. We could sit and chat for the next couple of hours until they reopened, or we could continue what we started. Take a guess which we picked.” – Laine, 28 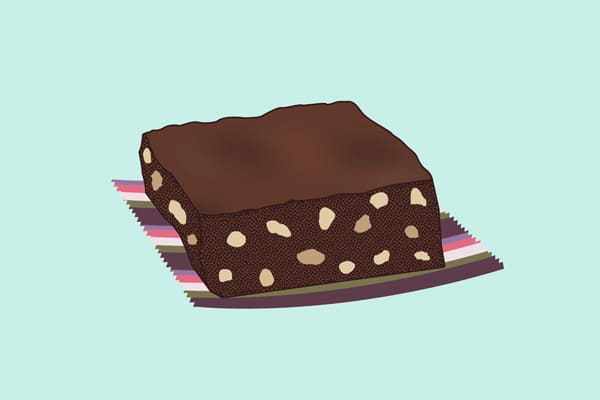 “A couple of years ago, I had a small NYE gathering in my apartment on 13th Street. My roommate had some friends in from out of town, one of whom was a total Wiccan. I’ve always been a bit skeptical of this, but the guy seemed nice enough. He had even baked me a huge batch of chocolate brownies because my roommate told him I was obsessed with them.

After a few hours, this guy started talking about séances and speaking with the dead. I was a little drunk, and told him loudly I didn’t believe him. So he suggested we actually have a séance to prove his point. I obnoxiously agreed, and we all sat in a circle on the floor as his chanted mumbo jumbo I didn’t understand. Suddenly, the table shuddered a bit, and started to levitate into the air. I screamed and ran at the table, trying to push it back down, but I must have blacked out.

The next morning I woke up with a throbbing pain in my shoulder. When I asked my roommate about whether he’d seen the table move, he rolled his eyes and told me no such thing had happened. Apparently, the brownies were actually hash brownies, and in my hallucinogenic state I screamed about ghosts and tried to lift the table up with one hand, evidently straining my shoulder in the process. Whoops!” – David, 29

Comment: What’s the most random NYE experience you’ve ever had?

Tales Of A F*ckgirl: Everything Goes To Shit

I’m Not Just ‘Having A Bad Day’. I Have Depression.