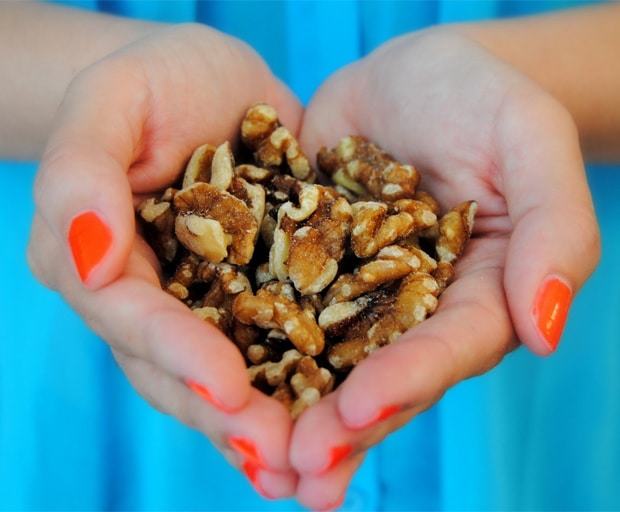 There’s a reason we mere mortals are drawn to Beyoncé’s behind. A woman’s derriere holds the secrets of not just her health, but insights into modern society.

Found only in our diet, Omega 3 is essential for optimum health and impacts our body in every way from memory to metabolism. From building brains to creating that enviable hourglass figure, DHA – a fatty acid found in Omega 3 – is integral to our health and wellbeing; so much so that the shape of a woman with high levels of DHA has been evolutionarily coded in men’s brains over millennia to be seen as the ideal figure.

If you’ve ever wondered why, even on the most intense training and diet regime, your bum just won’t shrink – don’t fret, it’s biology. Omega 3 in the diet creates smaller waists and rounder bums. Omega 3 fat sits around the hips, and works as a DHA storage site.

But why is it a superfood? Omega 3 has been shown to lower cholesterol, lower blood pressure, have a positive impact on depression, protect against Alzheimer’s disease, improve memory and more. It’s practically magic. But beyond the health benefits, Omega 3 makes you smarter, and makes your potential children smarter too. It’s only broken down during the later stages of pregnancy and breastfeeding while we are building the infant’s brain.

Studies have shown that all over the world men prefer a certain type of female figure and Psychology Today states, “DHA-rich fat deposits that give women curvy hips and thighs are an almost irresistible non-verbal mating message” and this  indicates that the woman with curvy hips is more intelligent and has plenty of brain-building fats to offer a pregnancy. Women with high levels of DHA generally have higher social intelligence too. So, regardless of your feelings towards children or the opposite sex, building a healthy booty is a great thing to do for your brain and body.

However, Omega 3 cannot be made by the body – it has to be eaten. Fish such as salmon and tuna are great sources, as well as eggs, lean red meats and flaxseeds. Although, as modern foods are processed differently, studies show there are lower levels of Omega 3 DHA in our diets today then there was forty years ago. Farm animals often have a modern diet of grains rather than their natural diet of grass, which lowers their Omega 3 levels. The impact of this is means we put on weight. We have an innate drive to store DHA, but with less in our diets we have to eat more to store the same amount.

The solution? Add more Omega 3-rich foods into your diet. Try and find reared food that was naturally caught or grass fed. This more natural process means there will be higher levels of Omega 3 in the foods you’re eating, which is great for your brain and bum.

Luckily, it’s super easy to add more Omega 3 to your diet: enjoy fortified cereal and yogurt for breakfast, add fish to your meals a few times a week, eat edamame beans with your sushi – the options are endless and delicious.

If you’ve got a presentation or exam coming up, stock up on these fatty acids to feel the benefits of increased cognitive function (including: listening, reasoning and responding), which can lead to a better performance. For a brain boosting dinner, try seared salmon on a bed of spinach with a sprinkling of walnuts and Persian feta. Season with lemon juice and pepper and you’ll be brighter before you know it.

What are your favourite Omega 3-rich foods? Share them in the comments.