Sign In / Register
Home » Culture » Entertainment » Is An Open Marriage The Key To A Successful Relationship?
Entertainment

With 50 per cent of marriages now ending in divorce and infidelity increasing at an alarming rate, maintaining that ‘spark’ has never been so vital. But just how far would you be willing to go for your relationship? Well ladies, for journalist Robin Rinaldi it went as far as a one year rendezvous in which she bedded 12 men with her husband’s permission.

RELATED: Bizarre Sex Fetishes: How Far Would You Go To Please Your Lover

Detailing the journey in her forthcoming memoir, The Wild Oats Project, Rinaldi (pictured) was trapped in a marriage where sex became a routine, kids was out of the question and feminine fulfilment was lacking. “Our once-a-week sex life was loving, but lacked spontaneity and passion — I was craving seduction and sexual abandon,” she said in a tell-all interview with the New York Post. “I was having a midlife crisis and chasing this profound, deeply rooted experience of being female.” 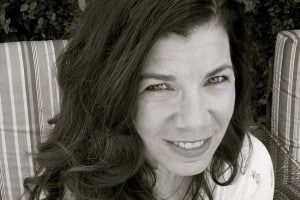 After breaking the news to her husband, Scott, the now 50-year-old persuaded her partner to embark on an experiment in which they would both see other people. “According to our deal, I’d rent a studio apartment during the week and come back to our home on weekends. Both of us could sleep with whomever we chose as long as we used protection. It was a case of ‘don’t ask, don’t tell’,” she recalled.

After placing an ad  online under the heading: ‘Good girl seeks experience,’ Rinaldi’s sexual innuendo began. “The first lover I met through nerve.com was a 40-something lawyer called Jonathan. Slim, handsome with glasses and a stylish haircut, he suggested we kiss to test our sexual chemistry.

“On our second date, the following week, he came to my studio after work with a cooler of snacks and some wine. We stumbled to the bed, where he turned me onto my hands and knees and took me from behind. We had intercourse twice and, after he left, I felt satiated,” she said.

On weekends Robin would go back to her husband and admitted to the New York Post that it was the perfect balance. “We knew we were both sleeping with other people, but we kept to the rules and never spoke about it. We had sex as always and the open marriage spiced things up — at least at first.”

According to an article on Psychology Today, in order for an open marriage to successfully work the couple needs to be close to perfect, in that their love and commitment should be unquestionable and their ability to communicate strong. Why? “Because we humans tend to have trouble setting limits when we want something bad enough,” wrote author Stephen J Betchen.

Following the 12-month experiment, Rinaldi found out that Scott had been exclusively sleeping with someone else for 6 months. “That bothered me, especially as they hadn’t been using condoms. But it wasn’t the catalyst for the end of the marriage,” she admitted.

She confessed in the interview that moving back home had been more difficult than predicated – she was now wilder, more confident and an updated version of herself. “After you open up a marriage and experience a whole range of sexual variety and aspects of yourself you’ve never had before, it’s hard to put everything back in the box,” she said.

Robin had also met someone during that time who she later went on to fall deeply in love with. “Five years on, Alden and I are happily living together. It’s a regular, monogamous relationship,” she concluded.

While there are obvious risks associated with having open marriage, such as Robin experienced, reports indicate that more and more couples are opting for the arrangement. According to an article on Oprah.com, with the right boundaries an open marriage can create an opportunity for incredible communication, deeper intimacy and a deeper sense of self. “You are simply creating a buffet of sexual experiences, so nobody feels like they are starving for new sensations,” it reads.

“This honesty enables couples to avoid the emotional downward spiral of hidden affairs because the need for secrecy is removed.”

So, do you think you could enter into an open relationship to get back that ‘spark’?