In news set to send 90s fangirls into excitement overdrive, it’s been announced the world’s most famous all-girl pop group, The Spice Girls, will be making a highly anticipated comeback, in a reunion tour, set to take place later this year.

However there’s just one hiccup.

Arguably the most well-known member of the group, Victoria Beckham, who fans know as Posh Spice, may not be around for all of the group’s performances.

According to Beckham’s publicist, the singer-turned-fashion-designer, now 41, has agreed to just a handful of the London dates, but won’t commit to any more.

“[Victoria] has been very respectful about the fabulous time they had together in the past, however her focus is now very much her family and fashion business,” a spokesperson told TMZ.

The reunion tour will celebrate two decades since The Spice Girls launched their now iconic debut single, Wannabe, in 1996 (Dear God, has it really been that long?!). 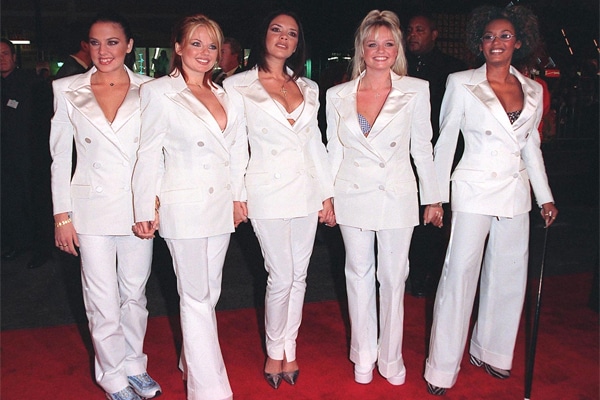 The group, who made history with their ‘girl power’ slogan, catchy pop songs and unprecedented earnings of over $75million a year, went on an ‘indefinite hiatus’ in 1998 after Geri Horner, known to fans as Ginger Spice, parted ways with the girls, then reunited the following decade for The Return Of The Spice Girls tour, and made magic happen for fans worldwide with a historic performance at the London 2012 Olympics.

However it seems Spice Girls devotees may not be so lucky this time round.

“Victoria’s said she’ll perform with the girls. However she stressed she needed to focus on David and the kids this year after a stressful 2015 of trying to juggle work and family life, so committing to all the dates would be too much. She already has a lot on her plate with her design empire,” a source told Closer magazine.

It seems Becks may be breaking the ultimate girl code by putting her man before her friends. Perhaps someone needs to remind Posh of the lyrics from her original smash hit song?

‘If you wanna be my lover, you gotta get with my friends…’

Come on Vic, don’t let us down.

Comment: Do you think Victoria Beckham should put her hubby aside for the girls’ reunion?