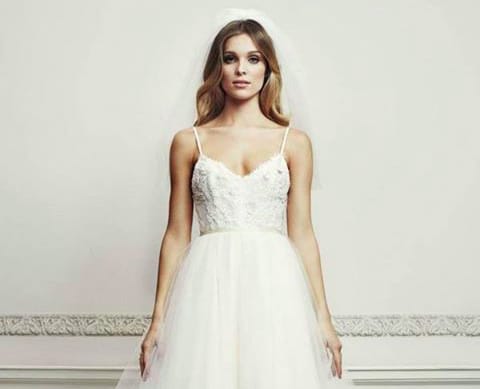 Collette Dinnigan got her start in the costume department of the Australian Broadcasting Department, but has made her name in chic styles for the modern woman. In 1995, the designer was the first Australian to show her ready-to-wear collection in Paris. Dinnigan’s Autumn/Winter 2013 ready-to-wear collection is highlighted by slim sheath silhouettes in neutrals of black, white and silver with accents of leather or lace – many of which would make breathtaking bridal gowns – and for something for classic bridal, she also designs a stunning bridal collection. Stunning tailoring and timeless, feminine design is why Collette will always be one of our favourite Australian designers. 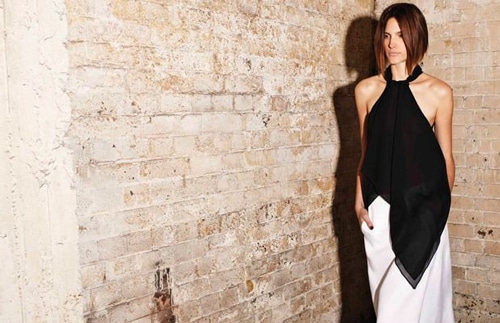 We’re happy to report that the grand dame of Australian fashion designer is still going strong at 71. The Italian-born Zampatti move to Australia with her family as a child and debuted her first limited collection in 1965. Two years later, the designer went national and in 1970, created Carla Zampatti Limited. Zampatti’s career achievements include a chain of boutiques, being the first Aussie designer to introduce swimwear into her collection, a pair of fragrances and even redesigning a car! In 1985, Zampatti partnered with Ford Australia to create the Laser, an auto especially for women. For Autumn/Winter 2013, Zampatti offered a collection that’s classic, ladylike and feminine with lots of black softened by shades of cream and coral. The designer creates for the modern woman, with chic business suits and elegant eveningwear. For four decades, Carla Zampatti has epitomised true style. 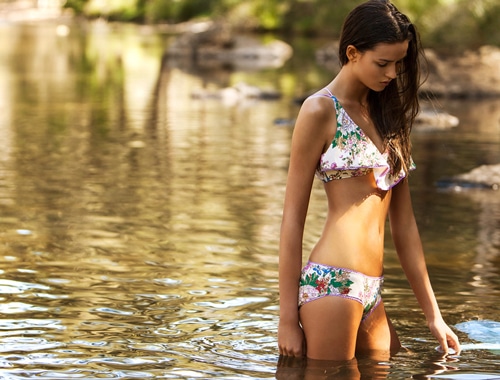 The design team of Nicole and Simone Zimmermann have been delighting savvy fashionistas with their clever cutting and delectable fabrics since 1991. The sisters are especially noted for their body-sculpting swimsuits in trendy graphic prints that are now spotted on beach babes from Bali to Barcelona. The Zimmermann collection for Autumn/Winter 2013 featured frankly feminine dresses in soft, warm natural tones of almond, pale yellow, gold and grey—just the thing for warming up a cool day. The show-stopper of this set was a gown of gold foil with an irregular hem, perfect for showing off your sexy shape! 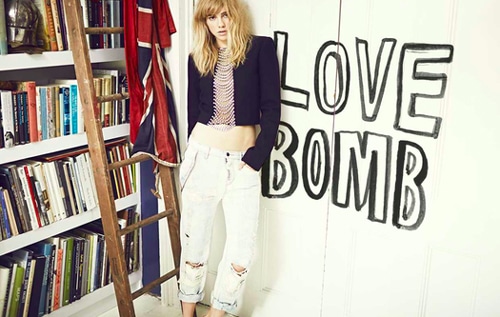 Heidi Middleton and Sarah-Jane Clarke have come a long way since their humble beginnings of selling jeans they had customised from a stall at London’s Portobello Road Market. After relocating to Sydney, the pair unveiled their first collection at Australian Fashion Week in 2001. A chance meeting in New York with actress Sarah Jessica Parker led the designers to create a few pieces for Sex and the City, which gave worldwide recognition to the Sass & Bide brand. The Sass & Bide Autumn/Winter collection ranges from floor-length knit dresses to separates of shiny yellow vinyl. The pairing of a rigidly tailored black-and-white striped jacket with those yellow pants shows plenty of sass. 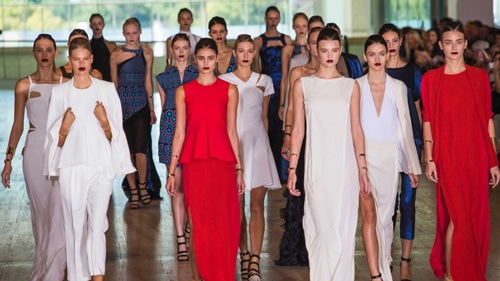 Success came fast for Lisa Ho, who launched her own brand just weeks after finishing design school, selling her cutting-edge designs at Sydney’s Paddington Market, and becoming one of the most famous names in Australian fashion. Her pieces have been seen on a bevy of celebs including Delta Goodrem, Miranda Kerr, Sarah Wynter, Elle Macpherson and Jennifer Lopez. Highlights from her Autumn/Winter 2013 collection include fitted jackets with A-line or pencil skirts in colours of black, blue and wine. Sadly, Ho’s future is currently in limbo, as the Lisa Ho Group was recently closed down due to being deeply in debt. Hopefully she’ll bounce back and relaunch her brand.

Who is your favourite Australian designer?

14 Pokémon Go Hacks You Need In Your Life

5 Sydney Facials You Need To Indulge In Before You Die