Our Top 5 New Books For July

From Ruby Wax’s latest must-read manual to saner living, to an emotional knockout debut from a brilliant new Aussie author, cosy up to our favourite new release books this July.

Comedian, writer and mental health campaigner shows us why and how our minds can send us mad and how we can rewire our thinking, especially through mindfulness, to calm ourselves in a frenetic world.

Ruby Wax – comedian, writer and mental health campaigner – shows us how our minds can jeopardize our sanity.

With her own periods of depression and now a Masters from Oxford in Mindfulness-based Cognitive Therapy to draw from, she explains how our busy, chattering, self-critical thoughts drive us to anxiety and stress.

If we are to break the cycle, we need to understand how our brains work, rewire our thinking and find calm in a frenetic world.

Helping you become the master, not the slave, of your mind, here is the manual to saner living. 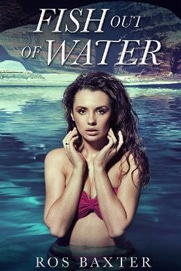 Fish out of Water, by Ros Baxter. Published by Escape Publishing

Janet Evanovich’s Stephanie Plum meets Splash in a sexy, smart-talking debut about a mermaid in a desert, a city under water, and the secret that no one is supposed to uncover.

Dirtwater’s straight-talking Deputy Sheriff Rania Aqualina has a lot on her plate: a nicotine addiction that’s a serious liability for a mermaid, a soldier-of-fortune ex who’s hooked on her Mum’s brownies, a gorgeous, naked stranger in her shower, and a mysterious dead blonde with a fish tattoo on Main Street.

Heading home to Aegira for a family wedding, Rania has a sinking feeling that’s got nothing to do with hydroporting seven miles under the sea and everything to do with the crazy situation. Now, if she can just steal a corpse, get a crazy Aegiran priest off her case, work out who the hell’s trying to kill her, and stop sleeping with the fishes, she might be able to unravel the mysteries. And maybe even save her own ass while she’s at it.

Fish out of Water is Stephanie Plum meets Splash, and the first book in a trilogy about Aegira, an underwater kingdom based on the historical Norse legend of Aegir. 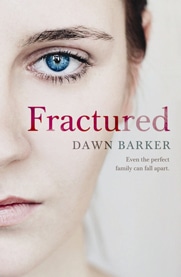 A compelling, emotional knockout debut from a brilliant new Australian author. An unforgettable novel that brings to life a new mother’s worst fears. Tony is worried. His wife, Anna, isn’t coping with their newborn. Anna had wanted a child so badly and, when Jack was born, they were both so happy. They’d come home from the hospital a family. Was it really only six weeks ago?

But Anna hasn’t been herself since. One moment she’s crying, the next she seems almost too positive. It must be normal with a baby, Tony thought; she’s just adjusting. He had been busy at work. It would sort itself out. But now Anna and Jack are missing. And Tony realises that something is really wrong… What happens to this family will break your heart and leave you breathless. 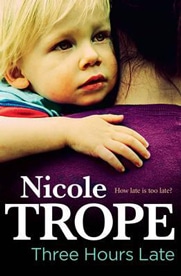 A gripping novel about the terrible secrets of a marriage and a mother’s love and desperation for fans of Jodi Picoult and Caroline Overington.

Once, so very long ago, she had watched him like this when he came to pick her up from a date…Her stomach fluttered and burned with infatuation and desire. She would watch him walk up the path and think, ‘This must be love.’

But that was so very long ago. Now Liz is wary and afraid. She has made a terrible mistake and it cannot be undone. Alex believes that today will be the day she comes back to him. Today will be the day his wife and young son finally come home. Today they will be a family again. But Liz knows that some things can never be mended. Some marriages are too broken. Some people are too damaged.

Now the most important thing in her life is her son, Luke, and she will do anything in her power to protect him.

So when Alex is a few minutes late bringing Luke back Liz begins to worry and when he is an hour late her concern grows and when he is later still she can feel her whole life changing because: what if Alex is not just late?

The terrible secrets of a marriage, the love that can turn to desperation, the refuge and heartbreak of being a parent, the fragile threads that cradle a family…Three Hours Late is a gripping and deeply emotional novel of almost unbearable suspense from a writer of great insight and empathy. 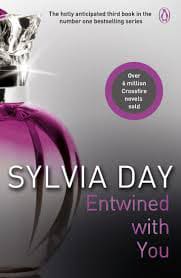 Entwined with You, by Sylvia Day. Published by Penguin Australia, RRP $12.95

From the moment I first met Gideon Cross, I recognised something in him that I needed. Something I couldn’t resist. I also saw the dangerous and damaged soul inside – so much like my own. I was drawn to it. I needed him as surely as I needed my heart to beat.

No one knows how much he risked for me. How much I’d been threatened, or just how dark and desperate the shadow of our pasts would become. Entwined by our secrets, we tried to defy the odds. We made our own rules and surrendered completely to the exquisite power of possession…

What are your new release book recommendations for the SheSaid team?