Your daughter is NOT obligated to promise you anything about her body.

When I was a sophomore in high school, we got an announcement that there would be a mandatory assembly in the school’s auditorium. I had no clue what it was about, but when my group was called in, I went and dutifully watched as three or four members of an abstinence-only promoting group took the stage.

For the next hour or so, every child in that auditorium was forced to sit through a cringe-worthy program telling us that our natural urges were wrong, that having sex before marriage made us comparable to chewing gum, and if we had sex, we’d get HPV and get pregnant, like one of the girls on stage.

No one in my family talked about sex. No one spoke about anything but abstinence. When situations about sex came up, every adult I knew was quick to say, “You cannot have sex before marriage.” And that was that. There were no ifs, ands, or buts.

If you had sex before you got married, you weren’t pure anymore.

And it wasn’t just my family promoting this concept — many of my friends were forced into this ideology, too. Some of their parents took more severe steps, like actually making their daughter sign a “purity contract” not to have sex or she’d get kicked out.

I know several girls who had to go on father-daughter “dates” to purity balls, and some even “promised” their virginity to their dads.

I can’t believe I have to say this, but: Your child’s body belongs to HER — AND ONLY HER.

Not to some future husband she might marry out of desperation to be “allowed” to engage in sexual activity, not to a religion, and most importantly, not to you, her parent.

So stop telling your teenage daughter to “save” herself or “be pure” for marriage because her husband has “rights” to it. 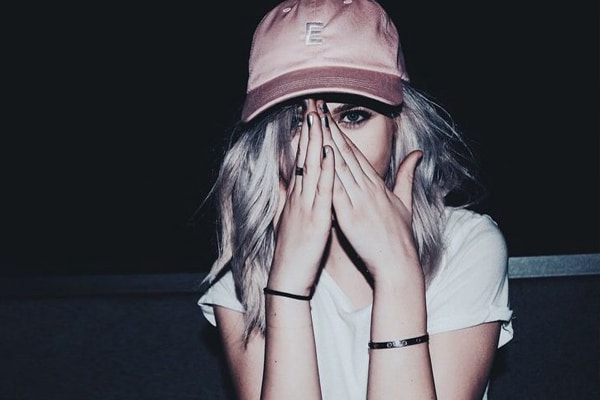 The truth is this: Parents, you have no right to try and police your child’s sexuality, virginity, or to elicit some kind of bizarre abstinence oath from them.

And to those of you trying, stop. Because not only does it not work, but it’s actually hurting your child.

Despite the fact that we know abstinence-only is doomed to failure from the get-go, 37 states currently require abstinence only teaching in sex-education courses. That doesn’t even cover the states that strictly teach it as the ONLY method of sexual education.

This is disturbing for several reasons.

One, because sex education is not just about learning how babies are made, but also about teaching children about their own anatomies.

And two, because it’s like being told that the only way you can learn to ride a bicycle is if you never touch a bicycle or try to ride it.

And three? Because it turns out that children who are taught abstinence-only sex education or forced to take a “purity” pledge are significantly more likely to contract HPV and to get pregnant.

Abstinence doesn’t work with anything because people are complex beings with natural curiosity. The more we get told to avoid something, the more appealing it’s going to become. Add to that some crazy teenage hormones, and it’s no surprise that children with abstinence-only education are the ones popping out all the babies.

If you really want to help your child, the best thing you can do is teach them to protect themselves. Teach them how to say no to pressure from a boyfriend or girlfriend, and not to have sex before they’re ready. Teach them the dangers of STDs and pregnancy and encourage them to be responsible with their decision.

Don’t fear monger. And don’t control. Because even though they’re your children, they’re still their own individual person. And they have a right to autonomy over their own sexual choices. You can either let them fumble blindly or teach them how to prevent unwanted consequences.

In other words, don’t teach them not to ride the bicycle; teach them how to put the helmet on first.

It’s hard to be a parent and consider that your child could be out in the world having sex or making mistakes, but the truth is, it’s probably going to happen anyway. Frankly, trying to elicit a promise from your daughter to save her virginity for marriage is not only archaic, it’s creepy. Time for you to butt out and let her become her own person. Arm her with knowledge she can use to protect herself.

That’s your job as a parent. Not to police her body.

Images via pinterest.com and tumblr.com.

Comment: How do you talk to your daughter about sex?

This article has been republished from YourTango with full permission. You can view the original article here.