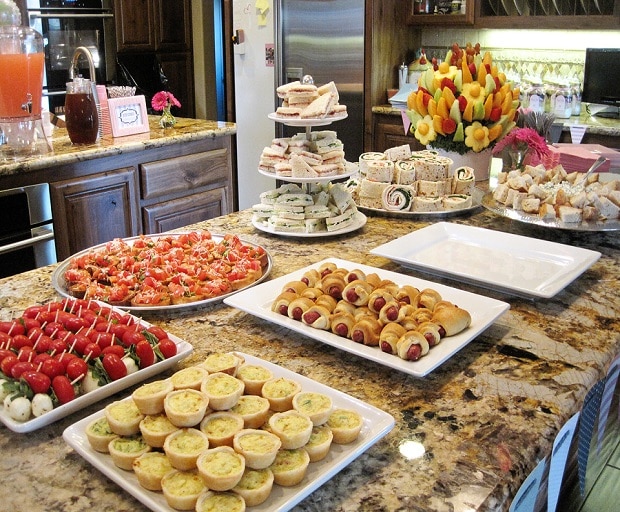 Planning a baby shower can be extremely involved and there’s a lot you need to prepare for the big day including invitations, decorations, novelties and games.  But one of the most important things to plan for the day is the food.  You can’t go wrong with a menu full of healthy snacks but don’t forget to indulge in treats a little too.

So here are some tasty ideas for your upcoming baby shower:

Here are some recipes as mentioned above: