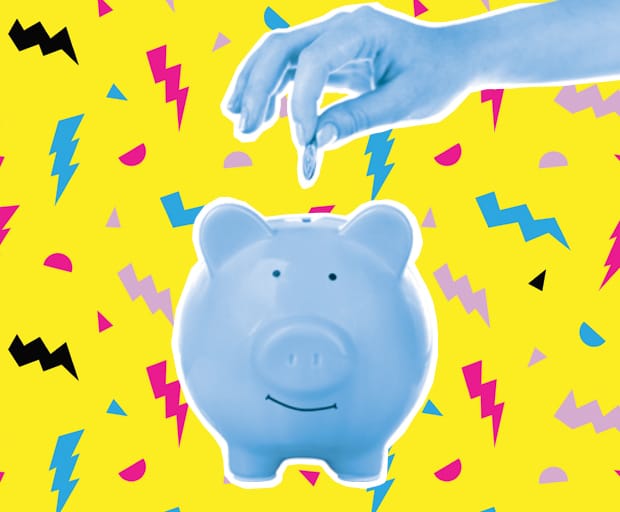 Being cash-strapped is stressful enough.

You know what sucks? Being poor.

And being poor isn’t a competition: there’s a lot of different kinds of ways to be short on funds. Maybe you have a steady way to eat, but stress over how you’re gonna make your shoes last, or maybe each day is a math equation where you determine if you can afford to miss work because you can’t pay for the gas you need to get there; and sometimes it’s the kind of poor where you’re making sure you go to the bathroom in public so you don’t have to use up too much toilet paper at home.

Whatever kind of low-income situation you have, it’s stressful, it sucks, and it comes with a high cost that people who haven’t been poor will never understand.

But you know what sucks more than being poor? Having those people tell you how not to be poor.

“I saved a lot of money by going to three different grocery stores. You just have to know who has the best prices for everything,” a friend once told me; which is a great tip if you actually have a car and/or the ability to go between all of these places.

Because being poor is about more than just needing to “spend less money” on things. Being poor means you may not have enough money to open a bank account, which means you probably don’t have any – or good – credit, which means it’s a lot harder for you to do something like buying a car. Even if you could afford one, or if you have a car and there’s five people in your family, odds are good the car isn’t going to be available to use for long enough for one of you to visit three different grocery stores when one trip to the 99 Cent store is quick and cheap. It just means you may not be eating meat that week.

“I just stopped drinking Starbucks and started making my own coffee,” another well-meaning colleague recently announced.

Are there really people in the world who think we’re caffeinating ourselves into poverty? Because I don’t know a single person in the poorhouse who has a $5-a-day coffee habit. When I was in one of my poorer dips, I had $20 to feed both myself and my roommate on for the month – I sure as hell wasn’t going to be spending a fourth of it on a Frappuccino.

‘Stop thinking like a poor person! Stop renting and buy! It’ll save you money in the end,’ advice columns are forever exclaiming.

A lot of different comments can be lumped in with this one. I hear people saying you should buy in bulk too, since it’s more cost effective in the long run. And that’s true. But when all I have is a crisp 20, I can’t afford to blow half of it on a two-pack of jumbo-sized peanut butter from Costco, even if it will last me the rest of the year. And that’s assuming I know someone with a membership to get me in in the first place – those things aren’t free, you know.

Likewise, buying instead of renting is a luxury afforded to those who have the capital upfront to spend to begin with. If you don’t have the cash or the credit or the proof of employment, renting is all you can manage. Sometimes, even that may be a luxury and you’re left with the option of couch surfing or sleeping in a car.

Bottom line? If you haven’t been poor, please, don’t pretend like you have.

Don’t lecture the rest of us on how we can pull ourselves up by our bootstraps and save ourselves. Because you have no idea what you’re talking about. Instead, help your friends who ask for it, but don’t assume you know better, just because you’re living better.

Comment: Have you ever struggled financially? Did you also find well-meaning advice from friends annoying or useless?