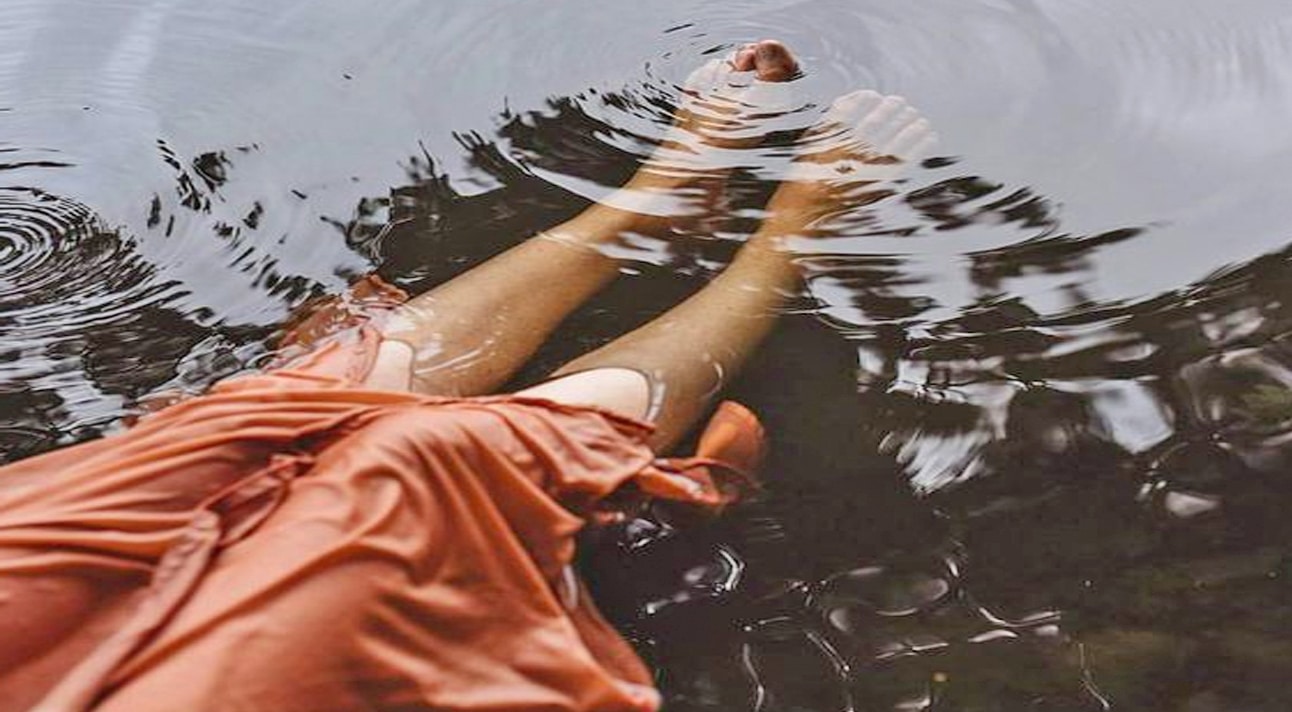 I’m writing to thank you both.

I know, I know – years ago I sent you my apologies and you eventually, grudgingly, accepted them, but the damage was done, and we were all too broken to even attempt putting the pieces of what we once were back together again. Or maybe after months of tears, accusations and fighting none of us had the energy anymore.

The silence that ensued at first was cold. Lonely. It was a big black hole which enveloped me, which I slide into and suddenly found myself at the bottom of one day, sobbing on my bathroom floor and truly believing that there was no point in anything anymore.

That’s how incredibly bad things were. Luckily for me, B. was there to pick me up, to set my ideas straight, and to carry me back to a far better place. Not many men would be strong enough to help their broken wife heal after a relationship with another couple, but he was. God, I’m lucky to have him. Don’t worry, I know that. And I’ll never put him through that again either.

The silence then became distance too, as we moved countries, far far across the globe to another culture, another life. One we had vaguely lived before, but now transformed by three children and fifteen years of marriage. I stopped hearing about you from mutual friends, which was good, although I still thought of you both often. I started writing a book, the story of the four of us, of how we came together and how we fell apart. I needed to exorcize you from my thoughts, and that was the only way.

And now…. Now the silence is good. It’s right. It’s given me the space to take all those broken pieces and put them back together, not in a strange formation of “Us” but back into a stronger version of me. Of course, I carry parts of both of you with me, and always will. You, Us, what we were, helped change me and shape this new woman. And I want to take this space to thank you both.

M. – you taught me the value of privacy. Of not delivering myself to every person I meet on a platter, but rather holding back, seeing who I can trust – really trust. I used to feel sad for you, having that need to make the image you projected to the world so different to the reality I knew you were living. But you were right – not everyone deserves to know everything about you. It’s a lesson I have taken with me.

You also made me realize just how immature I was. All the behavior that I should have worked out when I was in the schoolyard, aged 16, I somehow had not. I don’t know how I missed that essential part of growing up, and I can’t tell you enough how full of regret I am that you were the person who had to bear the brunt of me learning that particular life lesson but… thank you. Don’t talk about your girlfriends behind their backs, even when you are angry at them. Don’t say things about them you wouldn’t say to their faces, especially in messages. Don’t betray their trust, their confidences. Although I’m sure it’s of no consolation to you, you have made me a better woman.

C. – you were my second love. As you know, meeting B. at 19 and marrying him shortly after, I didn’t have the crazy 20’s I definitely needed, sleeping around, kissing toads, fucking up, learning to negotiate the feelings that come with the dating spectrum – rejection, bad sex, mediocre sex… or mind-blowing sex, falling for someone.

It isn’t fair to say you broke my heart, because you were not in the same place as me – you knew what you were doing, and as that twinkle in your eye should have told me, you knew that the incredible sex and the connection that comes with that can be a fun place, but also one to be carefully navigated when happily married to other people, as we both are. I broke my heart myself, by not knowing how to pull back, by expecting the trajectory of our story to be the same as that of B and I, impossible as that was in our circumstances.

You taught me to get out there, to carefully, carefully reveal that other side of myself to people. To kiss those toads but to know when to walk away. And also, to find people who make me want to give myself over to them fully… and to walk away just the same.

I recognize you often, in other men. I see that look in their eye and nickname them after you in my head. And then I have fun with them, the flirting, the banter, those moments where we both know where it is heading. I have two C’s in my life currently, and the role they play is the one that I should have kept you in – amazing sex with interesting men. No friendship, no daily chatting or video calls. No word riddles or haikus. You taught me boundaries.

And the two of you together? You taught me that no-one truly knows what goes on in someone else’s marriage. And that that is the way it should be. I was far too close to you, too entwined. I knew too much about the bad blood between you, I found myself playing the role of mediator when I was also playing the role of lover. I shouldn’t have been in your house so often, I shouldn’t have looked at C. with adoring eyes when he stayed home late from work to make me scrambled eggs for breakfast, and somehow not seen the pain in your eyes, M., when he did that. I will never put myself, or any other couple, in that position again.

This is my love letter to the two of you. Thank you both, not only for the incredible 6 months we had together, of which I will always have amazing memories. I loved you fiercely, in an amazing, all-consuming and entirely unhealthy way at the time. Thank you also for the aftermath, for abandoning me to the silence so I could grow. I love you both for the incredible teachers that you were.

I Am Married With Children. And Every Tuesday I Have Sex With A Man Who Isn’t My Husband.
When Your Partner Has Sex With Someone Else And It Makes You Happy
I Went To A Polyamorous Wedding And It Was The Weirdest Day Of My Life