Have you got a nasty habit of spend and remorse? Shopping addiction can pose a serious threat to relationships, financial security, your sanity and your health; and experts say it’s much more serious and widespread than you think.

RELATED: Are You Addicted To These Fatty Foods?

In my much younger years, I was guilty of some seriously reckless shopping, sometimes blowing all my savings on expensive heels, thereby neglecting my bills, mortgage and grocery needs in the process. And I was far from alone: if you have a fashion obsession, as many of my friends and I did in those days, acquiring the latest and greatest designer handbag can seem like a matter of life and death when you’re young and immature.

These days, I still love shopping with a passion, but I’ve mostly learnt to control the habit, rather than allow it to have power over me. For far from being glamorous and fun, a shopping addiction can become a dangerous obsession.

At least one in 20 Americans has a shopping addiction, according to the American Psychiatric Association. But “oniomania”, the technical term for obsessive compulsive shopping, is not recognised as a legitimate mental disorder in Australia. This is despite recent claims up to one in 12 Australian shoppers are sufferers of the disorder, according to the Australian Psychological Society. So, what characterises oniomania?

A compulsive shopper gets the same rush or ‘high’ from making purchases as a drug addict gets from using, medical experts believe. And, as with other addictions, once the brain associates shopping with this ecstasy, the compulsive shopper tries to re-create it again and again. Compulsive shopping is also said to be triggered by a person’s low self-esteem, anxiety, depression, loneliness or anger. 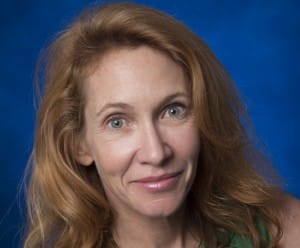 “With eBay, there have been cases of people who are addicted and every night they have to go online. Many people are obsessed with bidding – it’s like the thrill of the chase,” Dr Luck says. “The thing with online shopping is, it’s more insidious because the effects are not immediate.

“You have to wait for your purchase and with shopping from the US and the UK, it’s somewhat slow, and so often what happens – especially if do you have an addiction – is that you forget what you’ve purchased and so you keep shopping.

“So you’ve got this disappointment first of all, because you’re waiting for your product to arrive, then you’ve got this euphoria when they do arrive and you think ‘Oh my goodness me, I’ve forgotten I even purchased that!’

“A lot of people drink alcohol while online shopping, especially in the winter months, and you do spend hours on it and actually forget about reality – it’s called the effects of flow – and you actually lose time while you’re online searching for all these supposed bargains and you often overspend.

“Then there’s that feeling of depression when you go to your bank account and see your credit card statement. But because the euphoric feeling of purchasing and receiving outweighs the stresses of looking at the debt, what happens is that psychological happiness feeling is addictive and so we go to shop more.”

And new research shows both men and women are equally addicted to online shopping, but women are far more likely to admit they’ve got a problem, Dr Luck says. “It’s a vicious cycle – it’s a very depressing situation to get yourself into,” she explains.

“Shopping addiction is a conditioned response. Some of us go to the gym, have a glass of wine or read a book, while others compulsively shop. You have to unlearn those negative, self-destructive behaviours and perhaps learn new behaviours.

“You can do this yourself – admitting you have a problem is the first step. Counselling is the next step, if you can’t.” 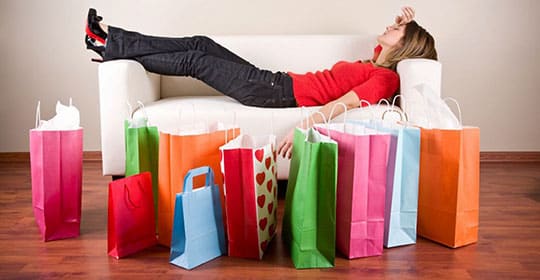 And the huge growth of mobile phone apps can also significantly worsen people’s shopping addictions, Dr Luck says. In addition, new technologies targeting individual shoppers while in-store, via Bluetooth, such as Apple’s iBeacon – which has been trialed in US retailer, Macy’s – may soon be on their way to Australia, thereby further aggravating the problem. “This technology lessons the purchase cycle because it wants you to purchase immediately to get the deal, such as gift-with-purchase, or a two-for-one gimmick,” Dr Luck says.

“If you have a shopping addiction it would be very dangerous because you’d be seduced by the deal and not even think twice about it.” But does a bout of compulsive shopping have to necessarily signal an emotional void and/or negative behaviours, or could it just come down to a simple passion for fashion, homewares or even collectables?

Sunshine Coast wedding musician Marty Sima, AKA ‘my husband’, normally hates shopping of any kind, but readily admits to recently losing his mind over eBay auctions for a rare retro arcade machine from the eighties. “It’s not just about buying the item, it’s about getting it at a bargain price and beating others to it,” he says. “It was a real buzz when I got it – I felt euphoric.

“I really enjoyed buying it online because I could put a bid on it at any time of the day or night and I could do it while at home with my family.

“I could see how online shopping could become extremely dangerous for your bank balance if you became addicted to the high.”

Meanwhile, Noosa’s Jennifer Porter, a shopping aficionado with a penchant for expensive designer sunglasses, scoffs at suggestions it’s bad for you. “Everyone has a spendthrift in them,” Ms Porter says. “Anyone who says they don’t love shopping is a liar!

“It’s all about the experience. Of course, it’s lovely to get home and open your package too – it’s like Christmas!

“I love that ‘just bought’ feeling. You walk out with a package wrapped in beautiful tissue paper.

“You’re flying! Fashion and shopping are also forms of self-expression.”

Ms Porter, a successful businesswoman and founder of leading global retail marketing company, 5P, is fully aware of how she’s being tempted and drawn in to the retail journey dictated by marketers. “There’s a whole science to shopper marketing,” she says. “The music and smells are important –all your senses are ignited. The marketers create this sensory environment to tempt you – it’s all about making you feel good and engaged enough to shop until you drop.”

The avid shopper happily admits she’s addicted to the high of regularly purchasing new accessories, but never regrets the experience. “I never ever have buyer’s remorse because it’s a guilt-free drug,” she says. “I have three kids and a business, and I’m so busy I rarely get 10 minutes to myself all day, so I online shop. It’s true escapism!

“I equate it to men’s obsession with football. This is women’s holy grail.

“In the past, people once used to congregate at churches every Sunday morning. Now, that place is the shopping mall.” Hallelujah!

Compulsive shopping warning signs can include:

What do you think? Are you addicted to your favourite shopping app or online retailer?