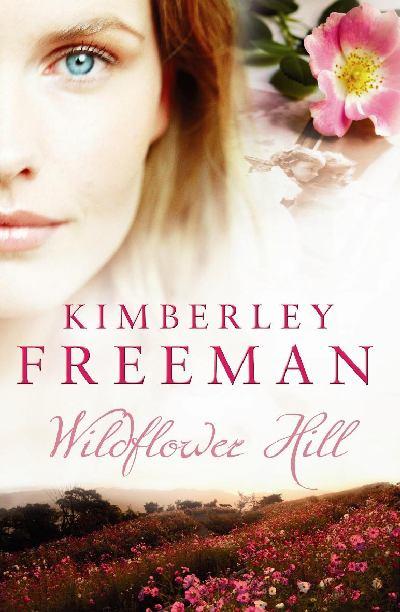 In 1920s Glasgow, Beattie Blaxland falls pregnant to her married lover Henry just before her nineteenth birthday. Abandoned by her family, Beattie and Henry set sail for a new life in Australia. But life is not about to follow the plan that Beattie had hoped for and fate will play her a cruel hand… In 2009, London, prima ballerina Lydia Blaxland-Hunter is also discovering that life can also have its ups and downs. Unable to dance again after a fall, Lydia returns home to Australia to recuperate. But on arrival she is presented with some surprising news – her recently deceased and much-loved grandmother Beattie Blaxland has left her Tasmanian property to Lydia. Told through the eyes of a young Beattie Blaxland and a contemporary Lydia Blaxland-Hunter, this is an emotionally charged, seductive tale of self-discovery, secrets and surprises.

A beautiful love story filled with passion and hope. Using a dual narrative, Kimberley Freeman takes you on a journey through a family whose story you won’t forget. It reminds us that our mothers and grandmothers were once young too and it may be well worth your while to listen to their story before its too late.

1. How do you change from writing prize winning horror novels to beautiful epic romantic sagas? What is more satisfying for you to write?

I love writing them both. For me, it’s all about the characters. Sometimes I want to scare them to death, or send them on a fantasy journey. But when I’m writing as Kimberley Freeman, I like to sink right into the emotions and give them complex moral decisions to make.


2. Can you tell our readers what message your book sends to women?

I think it tells them that things are always more complicated than we imagine. For example, Emma has only ever known Beattie as “grandma” — a nice old lady. So she discovers in this book that her grandmother was actually unique, complex, conflicted, and ultimately made some really difficult decisions. And that it’s okay for women to do that.


3. In Wildflower Hill, we see Beattie go from naive young girl to a strong woman, how then, can she give up the child she took so many risks to keep and raise? Why didn’t she fight harder to get her back?

This question and the next are “spoilers”! Beattie is constrained by circumstance to do what she has to do. It was much more difficult for women in the 30s & 40s to have a child out of wedlock or be a single mother, and ultimately the distance, the war, the tide of society held her back. She regretted it forever.

4. Emmas journey of self discovery takes her from a self absorbed prima ballerina to a more caring young woman, why does she run back to Josh without a backward glance?

Because that was everything she wanted. And then, of course, she realised that she had changed.

5. Beattie never seems to recover from the loss of her greatest love, how did this shape her as a mother and wife?

I think Beattie was probably happy and loved her second family, but she was guarding a piece of her heart. So perhaps she might have been a little more detached than a first-time mother might have been. I imagine that detachment was at the root of her difficult relationship with Emma’s mother.

6. We don’t hear from Lucy until the very end, is there any sense of regret that she lost touch with her natural mother?

I think Lucy was so enamoured of her father that she would believe whatever he said. But I like to imagine that she’d always wondered what happened to Beattie. After all, she would have so many fond memories.

No, because I wanted to explore the messiness of relationships. In hindsight, it’s always perfectly clear how one should act or what one should say or do. But while you’re on the ground, so to speak, living your life, you are bound to make mistakes, even with those whom you love.

No more horror. I’m working on a fantsy novel, and have a new saga on the drawing board. I get bored if I don’t have a book or two to work on.

Thanks Kimberley for your time, I’m sure it is precious. I loved your novel and really got lost in the characters, I only wish Charlie didnt die and Beattie fought harder for Lucy.

Thanks, Anna from Shesaid!