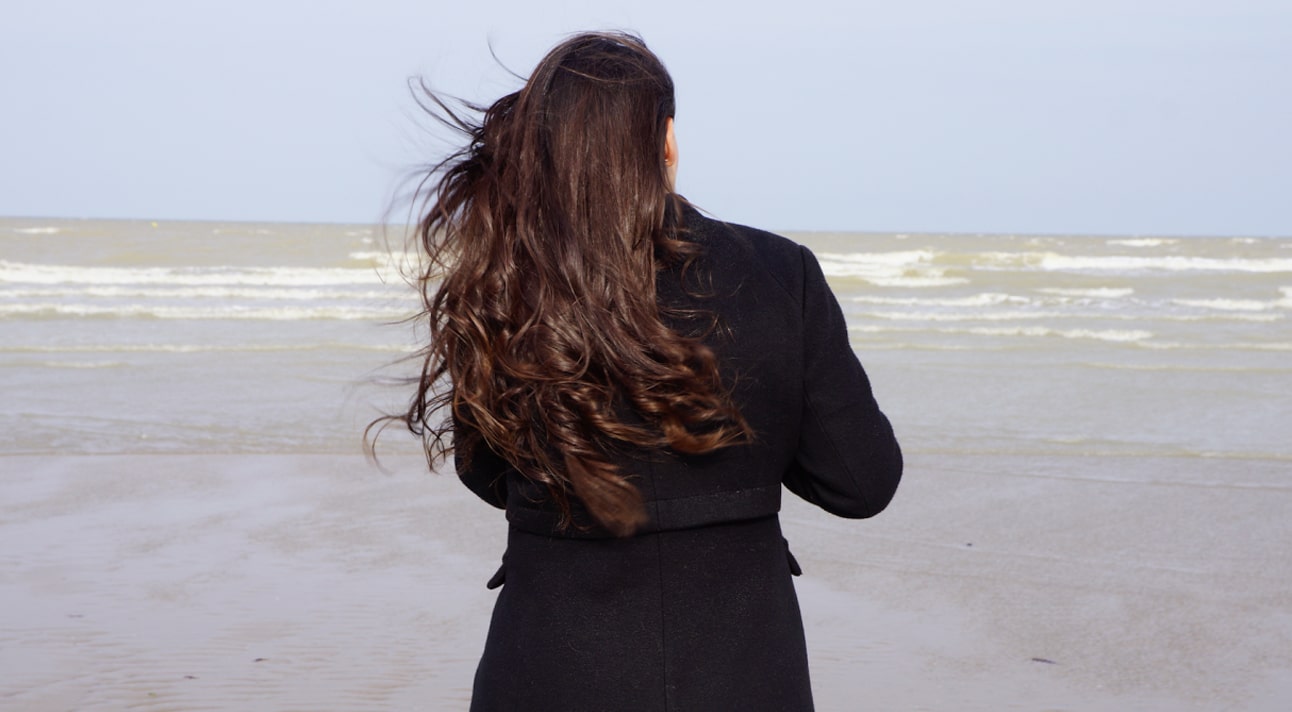 The violence of mothering starts early for those who gestate children in their bodies.

“If anyone else treated me this way, I’d call the police,” I said to my six-year-old one weary spring day.

She had kicked me, scratched me deeply enough to draw blood, and bitten me hard.

The violence wasn’t anything new. Other days she hit, screamed and yelled, and fell on the floor. She often did this in front of my in-laws, who were living with us during my husband’s extended hospitalization for cancer treatment, which wasn’t going well. Parenting under siege and in front of an audience made me wish I could run away or call the police.

My daughter has always been intense, with what her counselor called “big feelings.” She threw tantrums hard as a toddler, but we thought she’d outgrown it. Now it was back, with a vicious edge.

Ignore her acting out, the therapist said. Be patient with her and praise her when she doesn’t hit. Giving attention to the undesirable behavior will only feed it. In theory, this advice made sense. In practice, it hurt like hell and bright bruises bloomed on my shins.

My small girl had plenty of reasons to be angry. Her dad had been in the hospital, unable to visit with her or her older sister for more than three months. He was so out of it they couldn’t even talk on the phone. He was just gone. I knew, though she didn’t, that if and when she got to see him again, he would be almost unrecognizable in the wake of a stem cell transplant plagued by extreme complications. I couldn’t even reassure her that Daddy would be okay because I didn’t think he would be.

When she was five, he coached her soccer team. When she was six, he disappeared into a world of incomprehensible illness. All our careful, curated metaphors — cancer is like weeds in a garden! — were of no help to her. And so she hit me, bit me, and kicked me.

I knew she was testing to see whether I, too, would disappear. I didn’t. I stayed. I told her over and over that I loved her. And I didn’t hit back, which was maybe the hardest thing of all.

I was angry too, but I didn’t have anyone to kick or hit. I tried hitting a pillow. I tried screaming in the car. I told my therapist, “I feel like I’m in an abusive relationship with my six-year-old.” She nodded sagely.

But this is not an abuse story. I lay no claim to have endured anything worse than millions of other women, mothers, or children. I have not been shot by my child, as Nancy Lanza was; my mother was nothing like Andrea Yates; I have never committed physical violence against my kids.

This is, instead, a story of the quiet, intrinsic savagery embedded in even the most normal (whatever that means) experience of motherhood. From the beginning, mothering and being mothered are both brutal. Soft-focus, gauzy Mother’s Day sentiments embellished with curly fonts, doting mommies, and cherubic children obscure the atavistic, primitive truth of a relationship born of — dependent on — blood and pain.

The violence of mothering starts early for those who gestate children in their bodies. The relationship with the fetus who becomes the baby who becomes the kid who hits you starts with a kick — the first communication. Once it was called “the quickening,” the ancient sign of a viable pregnancy, the knowledge that there’s a person growing in there.

In the third trimester, would-be mothers these days graduate to kick counts. I remember lying on the couch (the nurse advised me to drink orange juice first; the sugar would pep the fetus up), my abdomen slumped by my side, timing how long it took to get to ten internal blows.

I’ve never been so relieved to be kicked.

Being kicked is how I, and millions of other pregnant women, could tell the baby was okay. If the kicks slowed down, you should go in and get checked. The baby might have died, might be in trouble. All of us who are mothers probably know someone who felt the kicks slow, who got scared, whose baby died, whose womb was too peaceful. The fear of such a cataclysm made small blows not just tolerable but welcome.

These days we airbrush over the deep, wrenching force of bringing forth and nurturing new life. I’ve experienced the violence of motherhood both figuratively — the sharp break between my old life and the new, sleepless, unforgiving one — and literally — when my child lashes out at me.

I know a few mothers who bear scars left by their children. They can be as benign as stretch marks, as common as purple lines of C-section cuts, as intimate as the weird flap I had left by a poorly placed stitch on a perineal tear.

The scar I notice the most is one on the underside of my upper lip, mostly tucked away out of sight. I can feel it with my tongue, the thickened, curved bit of tissue beneath the tender lip skin. Biting it has become a nervous habit. My older daughter, then aged three, and I were playing on the bed, tumbling and laughing. She reared up as I bent down, and my tooth went through my lip. I drove myself to urgent care for stitches, holding an ice pack over my face on the freeway. Parenthood often means you drive yourself, no matter the pain. My husband stayed home with our daughter.

I had ugly stitches and a fat lip for weeks, and I couldn’t smile. One of my daughter’s friends, a boy at preschool, asked what had happened. When I told him, he said very seriously, “I would never do that to my mommy.”

Normally I would have smiled kindly, but my stitches hurt. “Oh, it was an accident,” I replied sweetly. “She didn’t mean to.”

“But I would never do that,” he said with more emphatic horror. “I love my mommy.”

My daughter loves me too, I didn’t say. One day you’ll hurt your mom, I thought. And she’ll hurt you, somehow, without knowing it.

I know I’m doomed to scar my kids right back. There will be something they’ll remember and cringe at, something that cuts into their young psyches: a caustic phrase, an unguarded moment of anger, a bad moment when I’m not at my best. There were so many from my mom to me.

“You’re manipulative, just like your father,” she said once during a fight when I was sixteen and then again many times after that. It became the narrative of her anger. “You don’t really love me. You’re just trying to get your way.”

I don’t know if my mom would have remembered how many times she said that to me. I’ve wondered for years: am I manipulative? Am I capable of love? Did I love my mother? I did, just as that little boy at preschool loved his. But violence was at the center of our relationship in so many ways. She loved us and did her best to raise us but should probably never have had children. She might have been happier in her career as a computer programmer, which I disrupted. We sent her spinning into what now would be diagnosed as postpartum depression. We sucked her nipples raw and stretched her small frame with our ten-pound infant selves and scarred her body with varicose veins at the lower inner corner of the left knee. (I have the same dark mark now in just the same place.)

By the standards of three or four decades ago, my mom was far from abusive. She wielded her wooden spoon for spanking upon extreme provocation right alongside the other mothers of the 70s and 80s. After my parents got divorced, in a bitter fight she once told me she was kicking me out, and I should go to my dad’s. A mouthy 15-year-old, I yelled in her face that I’d call CPS if she failed to provide me with food and shelter according to the custody agreement. She slapped me, and I deserved it. During another teenage spat, she shoved me into our pool, fully dressed. I don’t remember it at all, but she felt guilty about it.

The last violence my mother committed — to herself and indirectly to me — was her suicide.

She took an overdose when my younger daughter was six months old, pushing me abruptly into a cold plunge of grief. It felt personal at first, the more so when I found bitter journal entries complaining at my attempts to keep her alive, to call hotlines for her, to seek better psychiatric care. What, I wondered, had I ever done to her? Why would she leave me like that, for me to find her body? But it wasn’t about me, just as so much of the rage she focused on me in my childhood and adolescence wasn’t, either. She had her own problems, bipolar disorder being the biggest one, and the complexities of motherhood sometimes didn’t fit in neatly.

My younger daughter, the one who used to hit me, is almost nine now. My husband survived his stem cell transplant and a second cancer. Two years later, he is in a remission that has surprised all his doctors. My mother has been dead for eight years, and the frustrations of our relationship have faded into distant echoes in my life. I’m less acerbic. Our whole family is less angry.

My daughter doesn’t hit or bite me anymore. Instead, when she’s angry she goes to the piano, the same little spinet my mother learned on 70 years ago, to pound out music. This new coping mechanism took me by surprise. Her father and I reinforce the behavior as her therapist advised, by telling her how much we love to hear her play.

Lately, she’s been learning to use the pedals to sweeten the sound. They cloak the hammer strikes into velvety music, smooth enough to sound like love. The piano is sturdy enough to take the blows and go quiet afterward. It’s easy to forget that only fundamental, violent force can produce the lingering beauty of the music.

Becoming A Mother Helped Me To Forgive My Own
I Am A Mother, And I Am The Weekend Parent
Looking Like My Mother Is The Closest I’ll Ever Be To Her