No, the victim was not “asking for it.”

Gender equality is one of the most debated topics of our time. From a culture in which women were deprived of their most fundamental rights, we have come a long way since the suffragette movement over 100 years ago.

Today, we can be proud of everything women and men have achieved to create a more equal society. Equality is desirable in many areas, such as fair work and career opportunities, and although we are making progress, when it comes to violence against women, it seems as if we’re stuck in a misogynist rape culture.

After the shocking gang rape in Cologne in which more than 100 women were sexually assaulted and raped by men during a New Year’s Eve celebration, one of the first reactions was that of Cologne’s mayor advising women to adopt a “code of conduct” until further notice which included “maintaining an arm’s length distance from strangers” and sticking within your own group. Germans were outraged by the statement, questioning why the focus was on the victims instead of the perpetrators.

A similar attitude is currently permeating Indonesia, where a new all-female taxi service app known as Ladyjek has been launched in an effort to make women feel safer when they’re going out. It’s been welcomed by Indonesian women, who say they don’t feel comfortable using public minivans after a woman was raped in one last June.

However, the problem with Ladyjek is, the focus is yet again on the victim, and what actions she has to take in order to protect herself from getting raped.

The very suggestion that victims of violence, especially rape, are partially to blame for the crimes inflicted upon them, is ludicrous in its most basic application. If we’re to take on this ideology, we should then also consider a woman raped in an Indonesian public minivan in part accountable, for failing to use Ladyjek’s service. And when you say that out loud, it sounds more than a little absurd. However, this is exactly the kind of subliminal message we’re sending to women when we create women-only services. 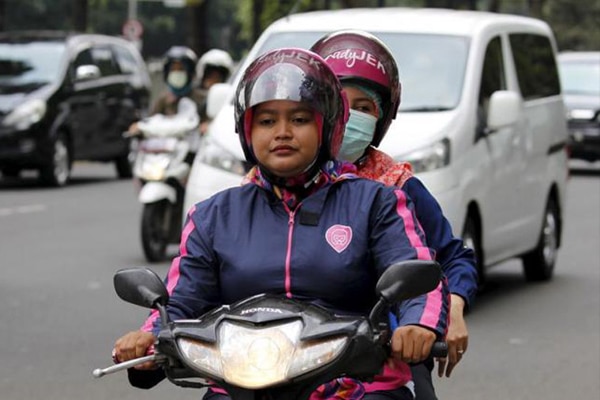 Rape culture thrives on inequality and is deeply rooted in the social norms that we grow up with. Pop culture suggests that sex is something men should have as much of as possible while women should only have it if they are in a committed relationship. Of course this alone doesn’t make someone a rapist, but it doesn’t help discourage men from treating women as sexual objects either.

We are so used to accepting these messages that a song like Robyn Thicke’s Blurred Lines, whose lyrics describe the supposed ‘gray area’ between consensual sex and assault, is an international success. We sing along to it, thereby supporting the notion of victim blaming without acknowledging how brainwashed we are.

An analysis by RAINN found that 97 per cent of rapists never spend a single day in prison, which is a shocking statistic that directly correlates with our double standards of women being seen as somehow encouraging or facilitating their assaults.

Isn’t it time we stopped teaching women how not to get raped, and started teaching men not to rape in the first place?

During her speech on gender equality at the United Nations last year, actor and women’s rights advocate, Emma Watson pointed this very double standard out impeccably.

“It is time we all perceive gender on a spectrum, not as two opposing sets of ideals,” Watson declared.

In other words, if we aspire to equality between men and women, we need to stop thinking of women as needing protection from men. Instead, we have to ensure men grow up in a society that doesn’t give them any reason to think rape or assault is justified, ever.