Social media went into a frenzy over the weekend as ‘unretouched’ images of Cindy Crawford surfaced from a three-year-old shoot the model did for Marie Claire magazine in the US.

The photographs of the 49-year-old mother-of-two went viral after being leaked on Twitter and showed the ’90s supermodel to have the lumps and bumps that the majority of middle-aged mums have on their bodies. 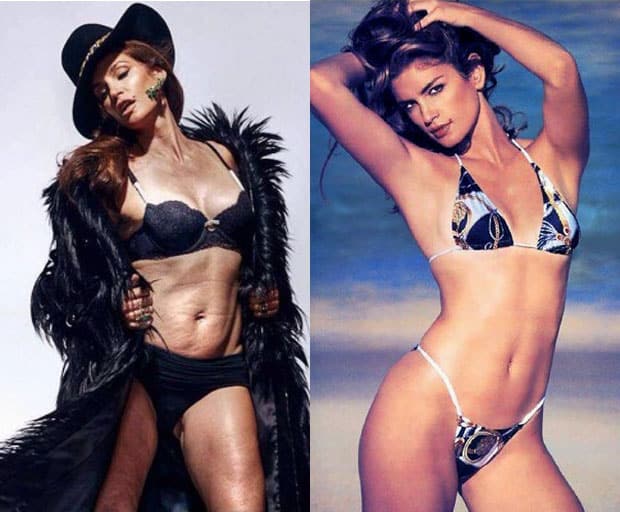 SHOCK HORROR! Cindy Crawford is human! The fact that the internet went with images only goes to show how desensitised we are to heavily photoshopped images bombarding us at every turn.

The fact that a relatively normal, yet still quite stunning, human being has some cellulite and a little padding is shocking to us is reveals an interesting swing.

It is the honest depiction of women that is shocking to us. We are no longer up in arms about heavily retouched images and the portrayal of ‘perfect’ female forms. But the exact opposite.

In a world where teenage girls can photoshop or ‘facetune’ their own selfies, it seems nobody wants to expose or see ‘real’ images – where does that leave the unreal expectations that all women and girls are now subject to?

Where do you see this unreal perception of women heading? Tell us your thoughts.