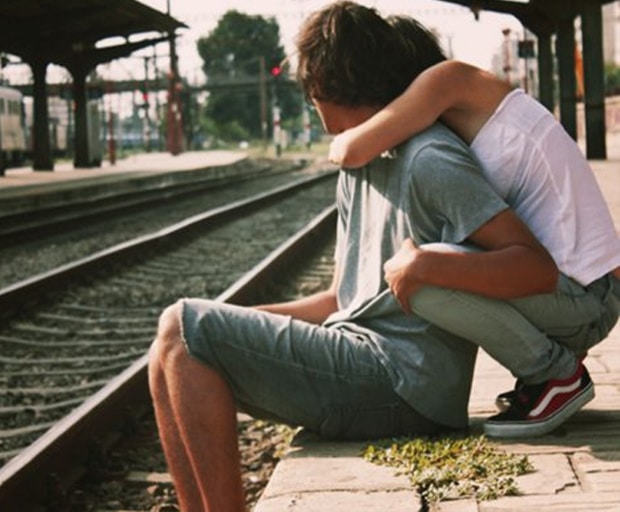 So many more marriages end because of this…

What’s the absolute worst thing you could do to destroy your relationship – the one thing from which the two of you could never recover, that would spell the end?

If you’re like most people, cheating is the first thing that comes to mind. After all, infidelity is easy to point at; it’s the big, obvious thing that we’re never supposed to do. But couple’s therapists say infidelity isn’t the biggest relationship killer they see in their offices. The more common, and much more insidious thing that tears relationships apart is a lot harder to put your finger on. That’s because there are a million incarnations of it.

So, what is this terrible thing? In a word: negativity. Relationship expert Lucinda Loveland told Bustle that having “persistent negative thoughts about our partner as selfish, or only out for themselves, unsupportive, or even dismissive of our own needs, “is the number-one cause of a broken relationship, whether you’re aware of it or not.”

If you’re afraid your relationship might be suffering from persistent negativity, read on to find out what the signs are, and what to do about them…

The thing about negativity is, it takes many forms. “Many couples don’t even realize what exactly is causing so much pain,” Loveland says. It’s easy to fall into a pattern where one person’s needs aren’t being met, and when they bring it up, the other person either stonewalls, gaslights them into thinking they’re imagining the whole thing, or turns it around and makes the conversation into one about how persecuted they feel by their partner’s hurt feelings. The whole thing blows up into a fight, and both people are left feeling confused and hurt.

At the heart of negativity is contempt; a feeling that your partner isn’t worthy of your respect or care. The Seven Principles for Making Marriage Work author and psychologist John Gottman, says contempt is the number-one predictor of divorce among the couples he works with. Treating people with contempt is just plain mean. It’s often expressed as sarcasm or mocking, and bleeds through in small gestures like turning away or rolling your eyes.

Negativity and contempt go hand-in-hand; long-simmering negative thoughts, old hurts, grudges, and unresolved fights all conspire to fuel contempt for your partner. But it’s important to understand that the partner who expresses contempt isn’t necessarily completely to blame. “This is a mutual dance in most cases,” says Loveland. Having your needs go unmet, or having your partner constantly turn away from you, plants the seed that blooms into frustration and desperation, leading the neglected partner to lash out.

Communication gets a lot of lip service as the most important thing for couples to work on, but in cases where negativity and contempt run rampant, it doesn’t tend to help. In fact, it can make things worse. Couples end up talking in circles, growing angrier and more frustrated by the minute. When there are underlying issues rotting your relationship from the inside out, talking them out isn’t necessarily the answer.

How does it look when negativity has taken hold of your relationship? Loveland stresses that there are many different ways negativity can manifest, but listed a few for Bustle, including putting your career, or another relationship, ahead of your romantic partnership, sharing intimate feelings and issues with people other than your partner – especially when you know your partner would be uncomfortable about it if they knew – neglecting to bring up issues in an effort to keep the peace, withdrawing affection, lack of intimacy (a sex-starved marriage, for example), or breaking a promise your partner asked you to make.

Talking about these things isn’t going to make them go away, but bringing them up is the first step to resuscitating your relationship. Couples locked in negative interactions are often afraid to even begin the conversation, says Loveland. “It’s difficult to admit our most vulnerable feelings, and we may even think it’s an exploding bomb to allow negative feelings to come up, let alone [be] shared.”

It’s a matter of trust

So, if communication isn’t the magic bullet to heal your relationship of negativity, what is? When a couple is stuck in a pattern of negative interactions, “the fundamental issue isn’t about communication or problem-solving skills, but about trust for each other,” says Loveland. In short, you don’t trust each other to behave in a caring, compassionate way, or to show respect to the other. That leads to pushing issues under the rug, resentment, and, a deep unhappiness. It doesn’t take long for both partners to feel miserable, and often this leads to someone looking for an escape hatch. That’s where infidelity often comes into play; cheating is often the side-door people take out of a relationship that’s spiraled into constant negativity.

How does rebuilding trust help? “When we can’t trust our partner to come through, we want to change them so we can get more out of the relationship,” says Loveland. That leads us to feel deprived, which makes us behave selfishly. A need that’s not met is a need that only grows bigger. But, says Loveland, “when we trust our partner, the opposite is true. We care about how our partner feels, and we know our partner cares how we feel. We do things that will benefit our partner, not just ourselves.” When you both care about pleasing each other more than pleasing yourselves, love grows stronger and more joyful.

Of course, every couple fights; fighting is actually a sign of a healthy relationship. “Among the happiest and healthiest relationships, there are still quarrels and serious conflicts, even betrayal,” Loveland says. But when these conflicts arise, having a foundation of mutual trust will help you to meet them with respect and care, not contempt and negativity. And that can mean the difference between your relationship failing, or thriving.