The Repercussions Of A ‘Private’ Public Conversation

Thanks to social media, nothing is private – even that awkward conversation in which your partner decides to call it quits.

RELATED: The Price Of Beauty: How Far Is Too Far?

This is something one couple learned the hard way after a women decided to live Tweet their breakup, word-for-word, while sitting across from them on a plane. The fact that the pair couldn’t wait to have it out behind closed doors says something in itself, but relationship choices aside, it poses as a confronting warning for the rest us: watch your back – because you never know when you’ll be the next trend on Twitter! #PlaneBreakUp.

“This guy on the plane just broke up with his girlfriend and she’s SOBBING,” tweeted Kelly Keegs, before going on to detail – or rather broadcast – the rest of their feud. 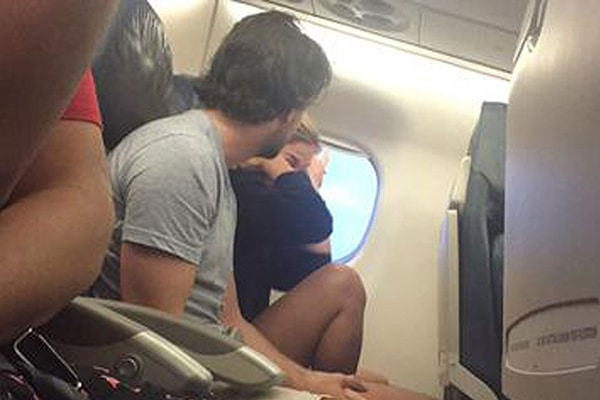 According to Keegs’ tweets, the guy was surprised that the girl had no idea that he was dumping her. “Guy: Is this really a surprise? Are you seriously surprised at this information?”

Rightfully so, the girl was distraught – and the conversation went a little as followed:  “I don’t want to be this girl. I don’t want to be her. I want to be my best for you and YOU WONT LET ME… Is that what you’re starting to do with me? Just slow fade me OUT? Just like the others?”

You get the gist. The point here lies not in the conversation, ladies, but in the cold, hard fact that we need to be so much more aware of our surroundings. You know that phone conversation that you have on the train after a long, exhausting day with your lover/spouse/friend? Save it for when you get home. Social media is like a mine field – you’ll be surprised at the people who know you, and your social/work circles, just by stumbling across your profile on Facebook or LinkedIn while they were stalking someone else.

What’s more, just about everybody has a smartphone or recording device nowadays, so those ‘private’ conversations or outbursts that you occasionally have are becoming newsworthy stories. Thanks to the world of digital, it’s fair to say that we’re all connected to some degree. People are concerned with other people’s lives more now, than ever before. While there’s certainly pros in this, there’s also a lot of cons, as the #PlaneBreakUp couple experienced.

So next time your bitching, moaning and groaning, or sharing your hush, hush pregnancy news in a private, but public convo, keep in mind that people are listening. And that the majority of them are looking out for number one.