The Rollercoaster Ride Continues On Married At First Sight

Last night the ultimate social experiment, Married at First Sight, continued into its third episode, again bringing with it awkward moments, cute kisses and lots and lots of drama! Coming back from last week, we were keen to see how our newlyweds were travelling. Were Michelle and James still as cute and loved up as ever? Was Zoe still the ice queen? And how were our first two couples, Lachlan and Clare, and Michael and Roni working out?

RELATED: Married At First Sight: The Good, Bad, Awkward And The Sad

After packing up from their honeymoons, this week we saw all four couples moving in together after only six days of knowing each other. Eek! Certainly bound to cause some headaches, clashes and concerns, particularly for the couples whose relationship hasn’t exactly gone swimmingly so far (cough, cough, Alex and Zoe).

Not to worry though, Mum to the rescue. Alex’s Mum arrives at his bachelor pad and gives him some necessary pointers to keep his new bride Zoe at bay before she moves from her inner-city pad out to the suburbs. “You don’t normally keep alcohol in your linen cupboard, Alex? It’s not about you anymore – it’s about you and Zoe as a couple,” she reminds the newlywed. Well, we hate to break your heart Alex, but sometimes our Mum’s really do know best.

Cuties James and Michelle look to be every bit still in the honeymoon phase. Michelle opens the door to James yelling: “Did someone order a husband?!” Great Dad joke James, maybe that’s why you were still single? But seriously, they are just too cute together! James even brought her some jewellery. Ah, young love. 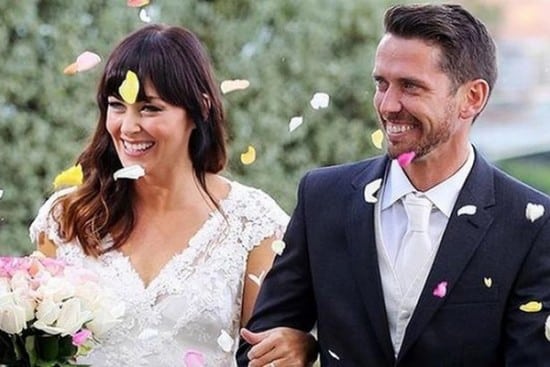 Roni and Michael’s move seems to be a little awkward with sleeping arrangements still under negotiation as Roni opts for a separate bed. Umm, when exactly is the magic going to happen? You are officially lovers, after all. Poor Michael seems to try so hard, only to be met with the wall Roni’s built between them. Tear, tear.

Next up, dinner is served! Zoe doesn’t seem to be too impressed after getting the grand tour and realising her worst nightmare is now her reality. Alex’s half renovated house (and ultimate man cave) does not impress, and when Alex makes his meal in the microwave, we see Zoe looking for the exit. Come on Zoe, stop with those sultry eyes – stop judging and start loving!

Over in Lachlan and Clare’s itty bitty Sydney pad, a lovely dinner between the pair doesn’t last long. The harsh realities of married life have seemingly come about a little sooner than expected! Voices are raised and Clare ends the argument with a big “f*%# you,” leaving Lachlan sleeping on the couch with the dog. Seems reality bites. Hard.

Cut to the next phase of the experiment: shopping together. This is not your average shop down at your local supermarket, however, with the couples heading to IKEA – the mother of all stores and notorious for fighting families. Low and behold the perfect couple, James and Michelle, have their first tiff, while Roni and Michael get solid relationship advice from a heavily tatted IKEA shop assistant. “If you can survive this, you can survive your marriage,” he advises. Yeah, good one mate! His advice seems to come in handy when the couple leave together with a new bed, which Roni FINALLY seems more than happy to jump into!

Tumultuous couple Lachlan and Clare have their second heated fight about a trip to the farm. Afterwards, Lachlan clarifies that his new wife isn’t crazy but just fiery. Ahh, are you kidding? She’s volcanic! Clare, babe – loosen up. After all, Lachlan is just a little old farmer who wants a wife. Not to worry though, his country charm wins her over when he delivers flowers to her work. Treat ‘em mean keep ‘em keen? 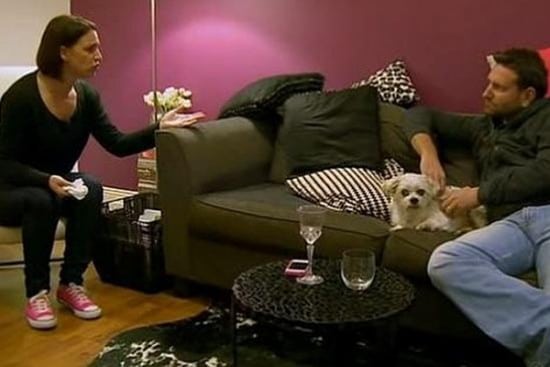 Meanwhile, poor Alex just can’t catch a break. Zoe is complaining about her new and much longer commute and continually judges her husband’s lifestyle, background and hobbies. Alex seems frustrated and rightly so. If only she saw her hubby the way we do – a mega babe who’s super adorable. Thank goodness for gal pals because Zoe’s bestie seems to set her straight, explaining that she shouldn’t judge a book by its cover and to give her new relationship time. Zoe, if you don’t want him we’ll take him off your hands? Please listen to your wise and intelligent friend!

Roni too seems to enlist the advice of a best friend. Nervous that her second trip down the aisle will end up like her first, she is worried that being herself will hinder her relationship with Michael. Once again the bestie comes to the rescue and tells Roni drop the act and be herself. Will this help their relationship, though? We guess only time will tell.

To wrap up this week’s rollercoaster ride we see Clare and Lachlan take a trip to the farm. After Lachlan gives Clare a tour and shows her the marvellous view, the couple kiss and look to be happier than ever. While it’s super cute, we can’t help but wonder how long it will last this time? Surprisingly, over in Michelle and James’ corner, cracks start to show. And James, well he continues to describe their relationship as “good” and “nice.” Please, please, please start using better adjectives to keep your woman happy and show your appreciation!

As the third episode of the series comes to an end, we see a sneak peek of next weeks and it looks certain to be the best yet. Why? Because all of the couples are going to have dinner with one another! We can already see the laughs, tears and fights. Buckle up and stay tuned!