Damn, this doll knows how to style a headscarf.

Barbie has influenced fashion and body image more than any doll in history. And while her look has been emulated more than pretty much any notable human woman on the face of the earth, it’s not just our appearance she’s affected.

The Mattel toy has impacted our ideas on everything from gender equality to motherhood, and in doing so, has evolved quite considerably from the pale-skinned brunette launched into the world in 1959. Besides transforming into an impossibly thin blonde bombshell, she’s changed ethnicities and job titles more than most of us have underwear, causing some seriously notable slip-ups along the way with versions that were wildly offensive, and most recently upgraded her physique to a much more realistic body type.

But one area we haven’t seen Barbie explore is religion. Until now.

The brainchild of 24 year-old Nigerian woman, Haneefah Adam, ‘Hijarbie’ is not only the world’s first hijab-wearing Barbie, she’s also the first fashion-forward Muslim doll to have her own Instagram account. 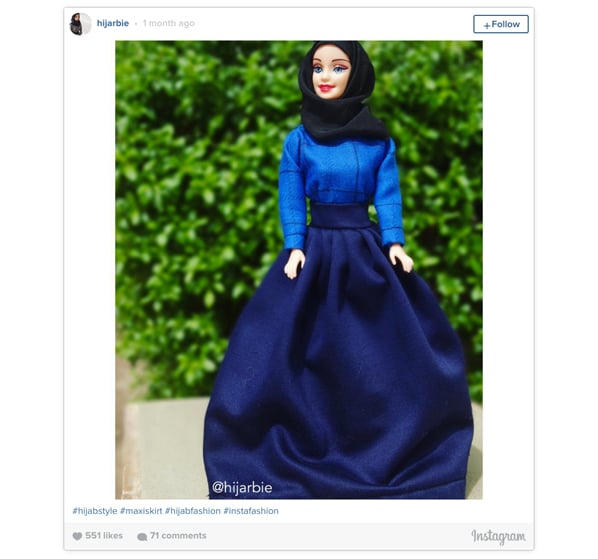 Started by Adam in an effort to offer inspiration to Muslim girls, the account, entitled @hijarbie is filled with shots of Barbie wearing stunning outfits handmade by Adam and topped off with a matching – super cute – mini hijab.

“I want [girls] to be inspired — this is about having an alternative and creating an awareness of having toys that adopt your religion and culture, and in your own likeness, which at the end of the day, leads to an improvement in self-esteem,” Adam told Style.Mic.

Inspired by Muslim fashion bloggers, Hijarbie’s outfits are as adorable as they are stylish, but also have a more serious message sewn into them.

“It’s important to create a sense of value in the Muslim child, especially the girl child,” Adam said. 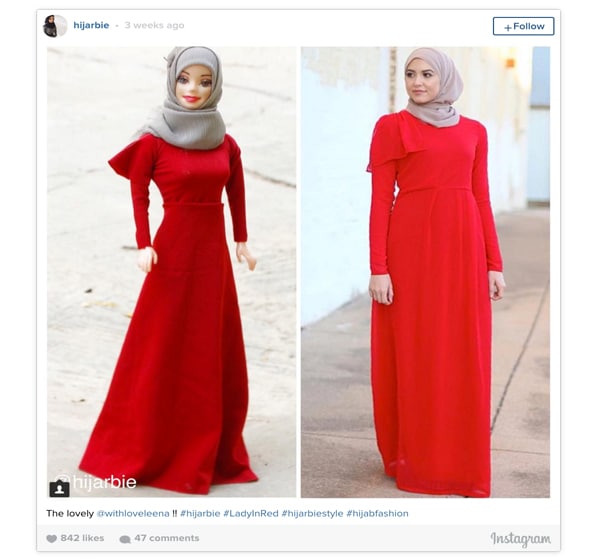 “They become more confident, more driven, they believe more in themselves, which leads to an appreciation of herself and her modest lifestyle and upbringing. Instead of dressing up her dolls in clothes she wouldn’t wear, hijabifying it will create a sense of belonging and hopefully make a positive impact.” 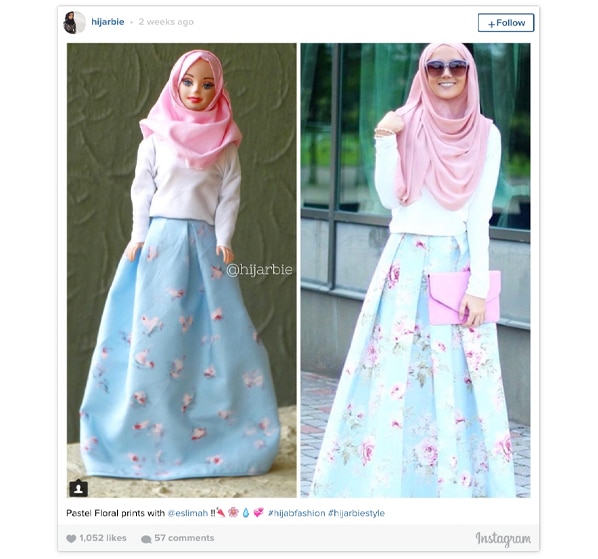 Whether or not Mattel will be inspired by Adam’s cutting edge designs (or the word ‘hijabifying’ will catch on) is yet to be seen, but in the meantime, it sure is fun waiting to see what Hijarbie rocks out in next.