Say Hello To Vontouring: It’s Contouring. For Your Vagina.

Because svelte vaj-jay-jays are in. Apparently.

Move over facial contouring; a new procedure is on the rise. The latest female body part in need of improvement is none other than the most female part of all; the vagina. Yep, apparently the bit that people see the least of is the one now generating the most anxiety.

Procedures such as labiaplasties, vajazzling, and Brazilian waxing have been popular for a while now, however, the hottest new trend in female cosmetic treatments, vaginal contouring, or ‘vontouring’, goes one step further – an invasive procedure ultimately aiming to ‘correct’ the look and feel of your vagina.

Great. One more thing to be insecure about.

The beauty industry thrives on insecurities, especially those of women. Any negative feelings women harbor towards their physical selves are augmented and validated by the promise of a solution. Aside from the oh-so-normalized routine of mascara, eyeliner, lipstick, blush and other superficial cosmetic products, messages encouraging us to defy our very genetics now permeate Western culture.

Don’t like your nose? Get a rhinoplasty. Worried about looking older? A quick botox session will fix that. Small breasts? Boom! Here’s a new set of knockers. It’s frighteningly easy. So easy, that if we choose not to jump on the cosmetic surgery bandwagon we’re made to question our own rational judgment. You’ve got the savings; why not go from a B cup to a DD?

And no body part is off limits. Enter vontouring: billed as a less invasive version of the labiaplasty (surgically re-sculpting a woman’s labia minora to give the vulva a ‘neater’ look), the treatment involves a small, pen-like instrument termed the ‘Protege Intima’, which generates a high-frequency magnetic field (read: 40-42 degree celsius heat. On your cha-cha.) pressed against your lady bits for around 12 minutes. The results? A more plump and tight vagina thanks to the process of ‘intensive heating’.

Unlike the labiaplasty, vontouring involves no slicing or dicing of any kind. Women (apparently) feel no discomfort; only a warming sensation in their nether regions, and can apparently see and feel the effects after the first session.

While many women are undergoing the treatment to make their bits look more beautiful (more on that later), it’s not all about the aesthetic. Vontouring is proving very popular among women who are menopausal, have had children, or who have suffered another kind of vaginal trauma. By tightening up the vulva, issues like postnatal disorders that can inhibit sexual satisfaction can be remedied. Overall sensitivity is increased and the libido follows suit. 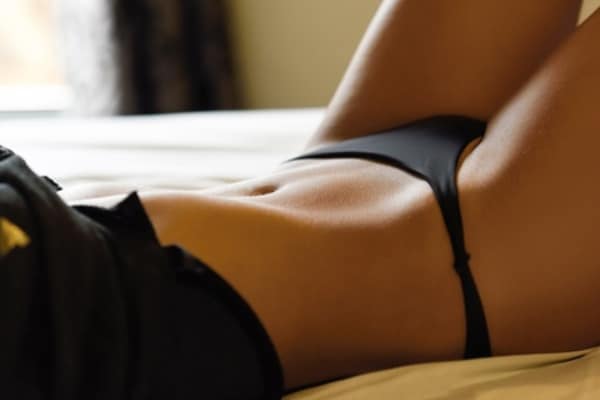 Okay. So I’m all for body autonomy. I’m a big advocate of making your body whatever you want it to be and loving it regardless. I’ll happily admit I buy into the cosmetic culture. I’ve never had any ‘elective surgery’, but I do relish my morning makeup routine. I love seeing my features come to life as I apply that last layer of lipstick. Most of my girlfriends feel the same and some have even gone further. A buddy of mine recently got a boob job and I’ve never seen her so confident.

BUT…there is a big difference between your vagina and your boobs. The female genitals are symbolic of life as we know it. We are reminded of it every month when that first spot of menstrual blood appears. We put our vaginas through hell with tampons, vaginal sex, rigorous exercise, and need I even mention childbirth?

The vagina is a weird, wonderful instrument without which the human race wouldn’t exist. It’s the very vessel that carries life from the womb into the tangible world. It’s the epitome of our femininity and representative of our sexual power and gender.

So why, WHY, would we ever tell ourselves it’s not good enough?!

Our bodies are already victimized by the media to the point of absolute perplexity, which infiltrates our psyches from an obscenely young age. According to the US National Eating Disorders Association, 42 per cent of first to third grade girls want to lose weight. That’s children younger than 10. Younger, than 10.

In addition to this, 81 per cent of ten year-olds are frightened of being fat. Worse still, according to a study in Pediatrics, approximately two-thirds of girls in grades five to twelve stated magazine images influence what they perceive to be an ideal body, and about 50 per cent said the images made them want to lose weight.

In the UK, a survey of 5,000 women conducted by REAL magazine found a depressing three per cent of us are completely happy with our bodies.

The fact we are now receiving media coercion and criticism about our vaginas, in addition to everything else, is the sickly sweet icing on a flavourless, half-baked cake.

Consider the distinct lack of positive body affirmation afforded to women, and the stats that prove the effects. The fact we’re also allowing ourselves to be told the centre of our female-ness is up for scrutiny is absolutely horrifying. If you wish to undergo vontouring for a medical reason like increased sexual sensation; go right ahead. I’m 100 per cent supportive. But if you’re considering this or any other vaginal procedure because you don’t think your hu-ha is pretty enough, I beg you to reconsider.

Your vagina cops enough, don’t voluntarily subject it to any more.