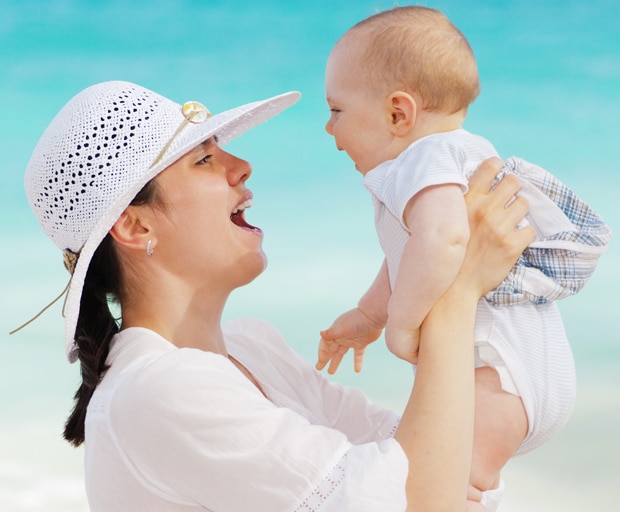 6 Popular Flowers To Brighten Your Office This Season

You’ve had an incredibly long day, you’re tired and cranky and now you and your toddler are having a mini face-off at the supermarket checkout. “Mummy, I want it!? Muuummmmmy!” your little person wails at the top of her lungs, as if possessed by some demon, all the while madly gesturing at a giant chocolate bar, which is oh-so-handily placed at her eye-level in the trolley. Elderly shoppers purse their lips and “tut-tut” at you while your little, angry banshee continues her toddler tantrum unabated. You dig deep, trying your best not to give in to your toddler’s unruly demands, so as to silence her, but your resistance is wearing thin. How do you best handle these toddler tantrums of epic proportion? And how do you say no without feeling guilty?

Leading Brisbane psychologist Judith Reynolds says it’s vital to set boundaries with your toddlers and then stick to your guns. “As the child develops cognitively (along with physical development) a sense of ‘self’ emerges at around 18 months and the child begins to assert that ‘self’,” Ms Reynolds says. “At this point, the interactions between mother and child become more complex.

“For a start, the child at this age is mobile, but it has no ‘cognitive brakes’! In other words, it doesn’t understand that in a social context we all have limitations on how far we can express our wants and needs before they begin to infringe on other’s wants and needs. Mum says ‘no’! In fact, mum has to say ‘no’ often, sometimes just to keep the child safe.

“Two year olds can be quite compelling in their efforts to get what they want, when they want it. Learning to delay gratification is a cognitive stage that doesn’t kick in, in any meaningful way until about three years or so.

“It’s easier in the heat of the moment to give in, but giving in, in response to the child upping the ante, is the beginning of the end for mum! The child reigns and mum becomes more and more frazzled as she tries to placate a child with not enough cognitive power to know what’s good for it!”

That’s all good and well, but how do we mums then deal with an attack of crippling mother guilt? Especially when you feel you’ve failed at being the “perfect” nurturing mother? “Just because a child is upset it doesn’t necessarily mean the mum is culpable,” Ms Reynolds says. “It’s mum’s job to determine what’s in the child’s best interests – she has the fully developed brain after all! Feeling guilty is overrated when there has been no malicious intent to harm another and it often undermines ‘good enough’ parenting.

“Don’t waste time feeling guilty! Just because your child doesn’t like the limitations you’ve set that doesn’t mean your parenting is suss. Every parent loses it at some point – what’s important is that you care enough to question your own parenting and clean up the mess you made if you lose it. That is, to say sorry and model bringing yourself back to a more balanced state of mind.”

So, next time we’re faced with a giant toddler tantrum, let’s try to remember it’s a consequence of we responsible mothers setting appropriate boundaries for our children – and reward ourselves with the forbidden chocolate bar instead!