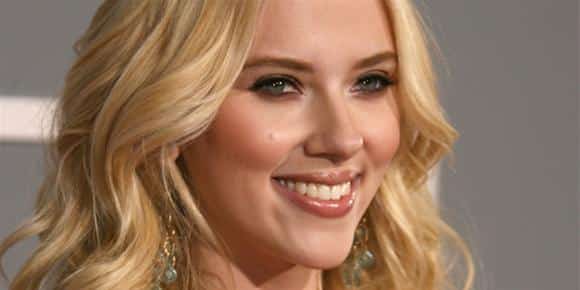 Scarlett Johansson and Ryan Reynolds looked like the perfect couple. Now, the 27-year-old opens up about her failed marriage and admits she wed too early.

The Hollywood couple married in 2008 after dating for one year, and separated two years later.


“Weddings are hard work. I married way too young, I wasn’t ready,” she told the French edition of Elle.
“You open your arms to someone you love and promise to share everything with him, it’s frightening.”

Johansson and Reynolds finalised their divorce in 2011, after she was linked to Sean Penn following his separation from wife Robin Wright-Penn.

She blames their hectic Hollywood lifestyle for their break-up.

“We have lived two unbelievable years. They were as quick as a flash. But two actors together, it’s pure madness. Each is animated by the desire of success, the egos are too strong. Too many absences, silences. It’s really difficult to build something.”

She’s since enjoyed the single life and learning to live away from her sexy image.


“It’s time for me to exit from this equation Scarlett Johansson = sex bomb!” she said.

“If that image sticks, it is not my fault, I never did anything for that. I came at a moment where young actresses with curves were rare. The trend was more towards skinny girls. As I seemed to feel good with my weight, people thought I was different. And they yelled, ‘Sex bomb’. I’m not 20 anymore, I need to move on.”


Her career has kept her busy since her divorce, and Johansson will next be seen in the much-anticipated The Avengers later this year, with a number of films due out in 2013.

Do you think all modern Hollywood marriages are doomed to failure?