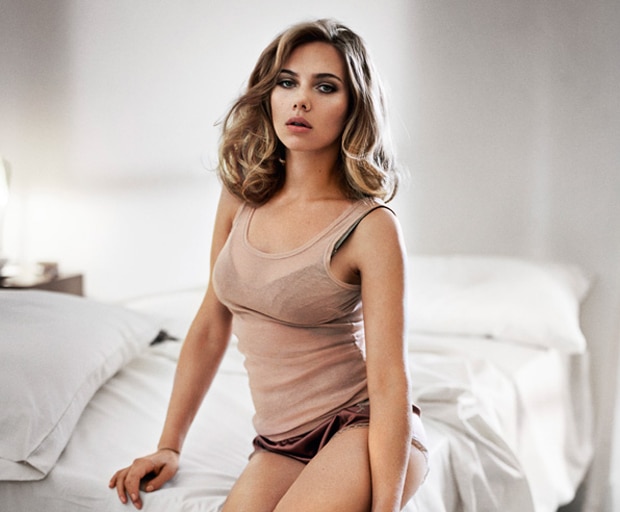 The 28-year-old actress was first crowned the title in 2006, the only woman to be awarded it twice. Seems like keeping busy – starring in Don Jon, a Broadway production of Cat on a Hot Tin Roof, and getting engaged – does wonders for your sexy status.

She admits the reason she jumped at the opportunity to pout for the Esquire camera came about because she knows her bombshell shelf life is short.

“I’m a twenty-eight-year-old woman in the movie business, right?” she said in the November issue. “Pretty soon the roles you’re offered all become mothers. Then they just sort of stop. I have to hedge against that with work, theatre, producing, this thing with Esquire.”

“I’m with a Frenchman. I think jealousy comes with the territory,” she added. ”But I’d rather be with someone who’s a little jealous than someone who’s never jealous. There’s something a little dead fish about them. A little bit depressing.

Alluding to ex-husband Ryan Reynolds – the couple divorced in 2010 – she said she’s only just started to understand jealousy.

“I didn’t think I was a jealous person, until I started dating my current, my one-and-only,” she added. “I think maybe in the past I didn’t have the same kind of investment. Not that I liked my partner less, I just wasn’t capable of it or caring that much.”

Who do you think is the sexiest woman alive?