Selena Gomez Hits Back: “I Was In Chemotherapy, You A*holes”

The pop star has revealed she was undergoing chemo, not drug rehab last year.

In a shock revelation, actress and singer Selena Gomez has lashed out against her critics for saying she was in drug rehab when she checked in to Dawn at The Meadows Recovery Centre in Arizona in January 2014.

Branded as struggling with “emotional trauma and addiction” by several media outlets early last year, Gomez has now revealed her time at The Meadows was spent undergoing chemotherapy for treatment of Lupus, an auto-immune condition in which the body’s immune system mistakenly attacks healthy tissue, resulting in organ damage and severe pain.

Though Gomez’s spokesperson vehemently denied the drug abuse allegations at the time, saying, “Selena voluntarily spent time at Meadows but NOT for substance abuse,” the singer has come out saying she endured ongoing bullying that left her self-esteem in ruins.

“I was diagnosed with Lupus, and I’ve been through chemotherapy. That’s what my break was really about. I could’ve had a stroke. I wanted so badly to say: ‘You guys have no idea. I’m in chemotherapy. You’re assholes.’ I locked myself away until I was confident and comfortable again,” Gomez told Billboard magazine in a recent interview.

In particular, the star aired her grievances with the media and general public for spreading derogatory claims about her during one of the most difficult health struggles of her life.

“I’m so f*king nice to everybody and everyone is so vile to me. I’ve been working since I was seven. I’ve been a UNICEF ambassador since I was 17. It’s so disappointing that I’ve become a tabloid story.” 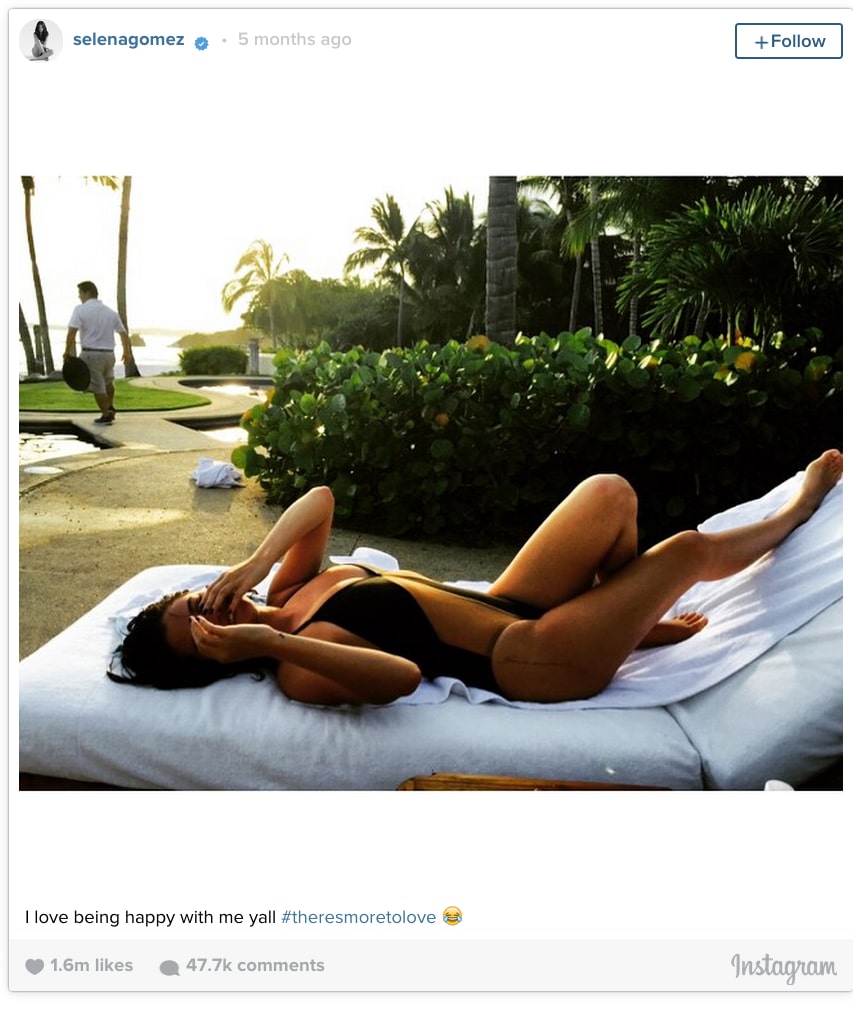 It’s not the first time the celeb has endured intense criticism. Earlier this year, Gomez posted a bikini-clad snap of herself to Instagram followers, captioned, ‘I love being happy with me yall #theresmoretolove’ which was quickly attacked by online trolls condemning the star’s weight.

“I was in a bikini and got publicly ripped for being overweight…That was the first time I’d experienced body shaming like that. I believed some of the words they were saying.”

Images via perezhilton.com and Instagram.com