Sending Girls Home From School For Dressing ‘Provocatively’ Is Not Okay.

Now our collarbones are obscene?

This morning I must have tried on at least eight outfits before I found something that worked. It’s funny how a skirt can feel so comfortable one day, only to transform overnight into the devil’s own barbed wire. T-shirts, shoes, accessories; nothing was going to plan.

“I wish I had to wear a uniform,” I said out loud, hastily shoving the rejects back into my wardrobe so memories of the stressful exit didn’t greet me when I arrived home.

I had to wear a uniform at the all-girls school I attended until I was 18. Skirt, shirt and hideous striped tie that only looked good in the dark. How I loathed that compulsory tie. What genius decided maroon compliments green?

As the years ticked by we wore our ties skinny side round, rolled up our skirts, and shirts with small collars replaced ones previously bought from school approved shops. That was about as rebellious as we could get back then.

I arrived at work still flustered and opened my internet browser. Yet another story greeted me about a teenage girl being sent home from school for being dressed ‘inappropriately’. How ironic; the day I’m pining for a uniform, she was trying to flex some fashion freedom.

Instead, she was sent home because her collarbones were deemed provocative. 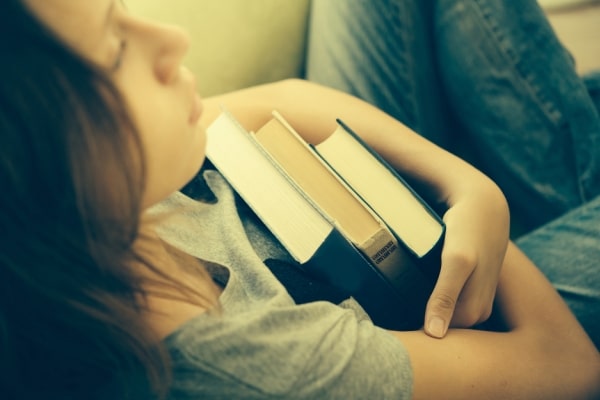 What on earth did that mean? Aren’t collarbones just collarbones? And if you’re following a healthy diet (which schools endorse), your decolletage is visible rather than disguised by layers of fat. Are we now to overindulge to hide our bones?

I looked at the photo of the offending girl and my blood boiled. I’ve seen enough teenagers hanging out in McDonald’s to know what young girls dressing ‘inappropriately’ looks like. Skirts that could pass for belts, shirts unbuttoned way too far, and makeup that could have been borrowed from a drag queen.

This girl’s face was fresh and clear (that’ll be due to the healthy diet), her top was in no way too racy and her collarbones were just being, well, bones. This was a harsh judgement call, quickly fixed with a cardigan. Maybe the school should try keeping a few spares – I’ve got some designer rejects they’re welcome to.

Sending her home and telling her she was ‘provocatively dressed’ in front of her peers was unnecessary and humiliating.

What message are we sending to boys? That girls can be scolded for what they wear and sent home if their outfit isn’t deemed appropriate? And what are the consequences if they do not obey? This is a demeaning path and a damaging lesson to instill, especially in a building designed to teach life skills as much as maths.

There have been a number of high profile cases which have shocked the public around the globe. A school in England banned female pupils from wearing skirts altogether (they now are forced to wear trousers). The reason for the ban? A male teacher was reported to feel ‘uncomfortable’ discussing the appropriate length of their skirts.

May I suggest if he feels uncomfortable discussing this, perhaps ‘sir’ isn’t suited to teaching after all. He may spontaneously combust during a biology lesson.

Dress code battles in the US and Canada resulted in a raging social media hashtag; #IAmMoreThanADistraction. One group of girls even rocked up to school with placards stating, ‘Are my pants lowering your test scores?’.

It’s become a sexism issue. The list of dress codes for boys tends to stop at the word earrings. Possibly an overzealously shaven head. For girls, the loss of innocence gets younger and younger. They are learning they can turn it up or turn it down, all depending on whether they want to be a turn on.

Of course there should be rules for appropriate dress, but it’s going to be a minefield. Regardless, the ‘offenders’ should be treated with respect. And most importantly, the statutory dress code should always be trumped by the code of common sense.

Enforce school uniforms I say; women have enough years of wardrobe fretting ahead.