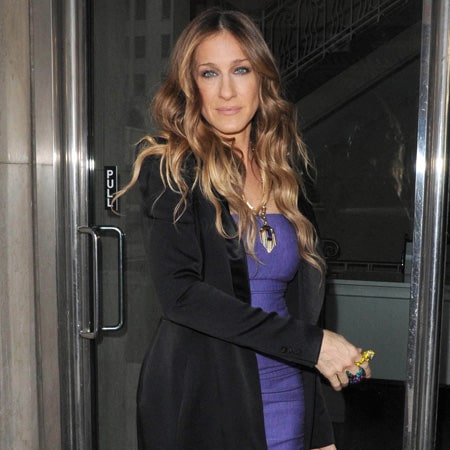 Slip In To Prints

Sarah Jessica Parker and her ‘Sex and the City 2’ co-stars all slept together when they filmed the movie in Morocco.

The actress has revealed she, Kim Cattrall, Cynthia Nixon and Kristin Davis got very close while making the second film in the North African country and even got into bed with one another. Sarah Jessica – who plays Carrie Bradshaw in the phenomenally successful franchise – said in an interview with The Sun newspaper: “Being away for that long made our bond even closer and I think you can see that on screen. We lived together, ate every single meal together, stayed in one dressing room together – we sometimes slept in the same bed together.”

The 45-year-old star admits it was difficult being away from her husband Matthew Broderick, seven-year-old son James Wilkie and twins Marion and Tabitha – who were born last year via a surrogate mother. She said: “Being away from my home and my children was really hard for me, and I wouldn’t have done it with any other group of people.” Sarah Jessica also lifted the lid on her least favourite scene from the film – performing a karaoke version of ‘I Am Woman’. She explained: “I find doing karaoke incredibly depressing. Singing involuntarily in front of a crowd of mostly drunk people is just a really bad, bad thing. I’d much rather be changing nappies – which I secretly love to do.”