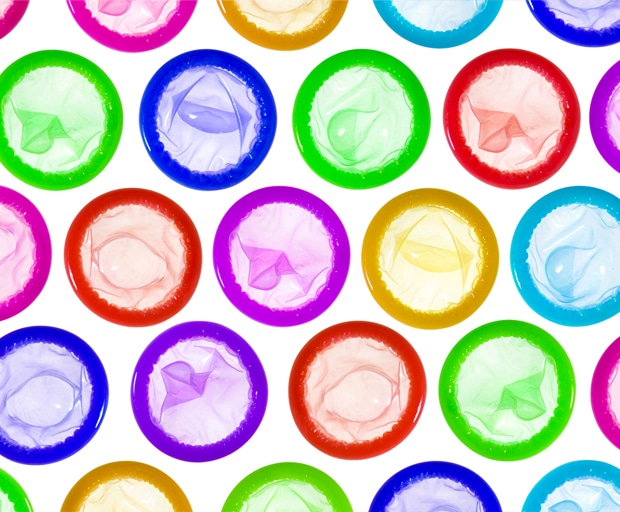 Girl Kicked Out Of School For Having Same-Sex Parents

Deprived and wanting, yet dreading my next sexual encounter.

I’m not going to sugar coat it, getting your groove back after a long, dry sex hiatus doesn’t do wonders for your self-esteem. At least, in my experience. Contrary to some expert opinions, I didn’t acquire a deeper understanding of my desires, nor did the anticipation lead to hotter sex. It did quite the opposite, in fact.

Last year was the first time I got back in the saddle after nearly 18 months. While I’d like to say it was by divine choice, it was anything but. I wanted to have sex just as much as the next person did, but stress, work, injuries, an over-scheduled diary – you name it – got in the way.

During the first few months, going sex-free really wasn’t that big of a deal. I was busy. Sex wasn’t exactly a priority. And my last few flings had been memorable enough to maintain a sense of contact with my sexual self, thanks to my vivid memory. But as time went on, I started to fret.

It’ll happen when I’m not so tied up with work, once I’ve finished my taxes and I get over this virus… I’d try and convince myself.

Who was I kidding? More time passed and happen it did not. Instead, I began developing a crippling anxiety about how my next sexual encounter would unfold. The reality of the situation had become paralysing. I hadn’t been intimate with someone for well over a year; I didn’t even know if I knew how to be intimate with someone anymore.

What if I was a dud? What if it wasn’t pleasurable? What if it was so painful I had to stop mid-grind? I felt like an awkward teenager plotting the loss of my virginity. Except that I wasn’t a teenager. I was an inadequate-and-desperate 20-something no one wanted, or at least that was the image I saw when I looked in the mirror. It was as if everyone around me was getting down and dirty and I was just getting down.

“Seriously, when are you going to have sex?” a girlfriend would smugly ask after sharing the gritty details of her hot, one-night affairs.

“I’m not going to plan it. It’ll happen when it happens,” I’d reply with a forced laugh.

But the truth was, I didn’t know if it was ever going to happen. Not just for lack of opportunity, but because I’d become so insecure about the prospect of getting undressed in front of someone, I was seriously considering taking a vow of celibacy. At least then I’d have a legitimate excuse as to why I’d forgotten what human contact felt like.

It was around the 18 month mark when I realised I couldn’t take it anymore. I was so starved of pleasure I felt I had no choice but to overcome the mental and emotional barriers I’d created for myself. I vowed to do the deed with the cutest available man I could find out one night for drinks with friends. So, with a few vodkas under my belt, I finally bit the bullet and went home with a male acquaintance I’d been keen on for some time.

The sex was interesting, to say the least. But more importantly, to my great relief, it was nowhere near as bad as I had anticipated. Like riding a bike, as it turned out, some things really do just instinctively come back to you. That’s not to say that it didn’t come with its hiccups – and I mean that both figuratively and literally. You see, it turned out that said friend had enjoyed a few too many, so when we got chatting the following morning he revealed he had no recollection of what went down.

Was it wrong that I took pleasure in this? I mean, there were some pretty nasty head butts and zip malfunctions that occurred during the course of the night, all of which weren’t particularly sexy. Not to mention the fact he lived with my boss at the time. Awkward, much?

That being said, he was one of the most generous and gentle lovers I’ve had to this day, so relaxing into the experience was easy once I realised I had nothing to be nervous about. Had he not been such a catch, however, my ‘first time’ could have easily been my last, yet again.

While we didn’t end up in a relationship, or seeing each other again for that matter (something I occasionally regret), the experience taught me that intimacy should never be feared, only enjoyed. And regularly, at that.