Sex And The Single Gal: The Disappearing Man Act

Have you ever seriously dated a man and then – poof – just like magic, he literally disappeared?!

Welcome to the Mysterious Case of the Disappearing Man – a puzzling, astonishing, and infuriating phenomenon which often occurs in the dating game, whereby the man you’re knocking socks with will suddenly vanish off the face of the earth.

Related: Sex And The Single Gal: Why Flying Solo’s Good For You

It’s happened to me and it’s most likely happened to you, or at least to someone you know. For me, it was a suave, older businessman whom I’d been seriously dating for a few months, who appeared so keen on me he introduced me to both his mother and his teenage son. Long divorced, he seemed like a good guy and eventually wined, dined and seduced me with gusto after we first met at a bar.

He pursued me – not the other way around – and on the day he vanished, he’d even made dinner plans with me, right down to the time he was going to pick me up to head out to a restaurant. When he didn’t show, I rang him on his mobile, genuinely concerned for his welfare.

And after leaving several messages for him – all of which were unreturned – it dawned on me the next day that, shockingly, the dude had disappeared on me.

What a gutless wonder?! Instead of having the balls to tell me he was unhappy, or wasn’t feeling it – anything, something – he’d pulled a vanishing act. 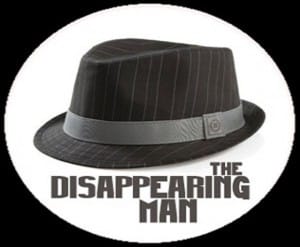 Now, when this maddening situation happens to you, you may be inclined – as I was – to over-analyse every detail of your last meeting and/or both yours and his behaviour for clues as to why he did the “Harry Holt”.

Don’t, sister, just don’t – who knows what was going on inside this coward’s head and why? And, even more the point – who the hell cares? The fact of the matter is he’s gone, so dry your tears and get on with the business of being fabulous – at least, that’s my advice.

For, from my experience, you really really don’t want to spend any time pining after or grieving the loss of a man whose cowardice will ultimately be his own undoing. So, let the Houdini disappear and inwardly thank both him, and the universe, for his exit from your life, even if it was painfully undignified. For if he can’t behave like a grown man, and treat you with the respect and emotional honesty you deserve, he ain’t the man for you!

And down the track, you will most likely see the funny side of the situation and happily regale friends with the full story. Hell, I’m actually fairly convinced I may have been a “beard” for my Houdini – his mother was very taken with me, way more than him, clearly! Ha! 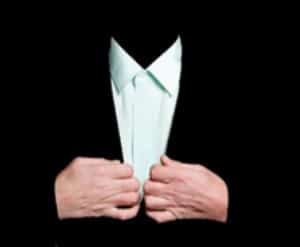 Relationship experts say it’s worthwhile taking some time out from the dating scene – even fleetingly – to get your mojo back after you’ve been crushed by a disappearing bastardo.

Another key piece of relationship advice on combating wounds caused by  emotionally bankrupt Houdinis is to stay as humanly busy as possible and focus on your loved ones, work and most importantly, yourself.

Take up a new exercise class, or pursue a new passion – most of all, do not chase or stalk, via social media, this cretinous human who deemed you unworthy of both his time and a dignified break-up.

You’re way too fabulous for that, girlfriend! Instead, you can look forward with hope to meeting someone amazing and worthy of you with the heart of a lion, not a mouse.