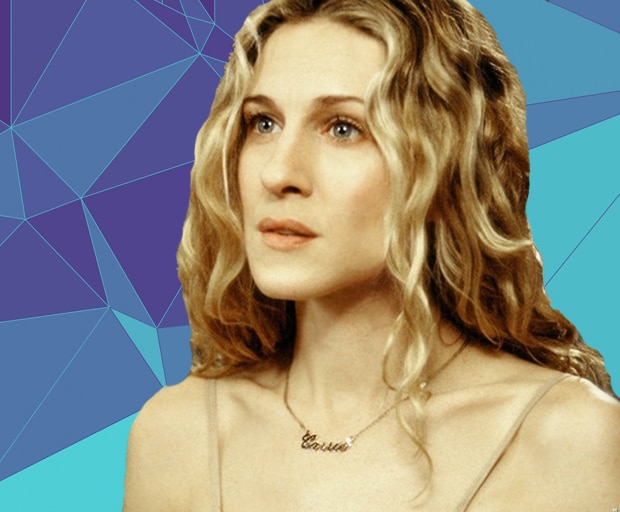 Why Your Partner Shouldn’t Be Your ‘Best Friend’

Turns out you’re not going crazy.

We’ve all been there. You meet a guy at a bar, club, party, wherever, and while you know you’d never date him (either because he’s from Guatemala here for the weekend or because he’s a total jerk), you have an insane drive to get it on.

You start making out, he gets a bit gropey, and after one thing leading to another you end up back in his apartment busting out the horizontal tango.

Great! Marvellous! Perfect! A fiery lay with a hot guy you never have to see again. The sex is steamy, the lack of commitment titillating as hell…and then the sun rises. All of a sudden, the reckless abandon you felt 12 hours ago has turned into the odd sensation of adoration. You watch him sleeping beside you and begin picturing romantically sharing brunch on the terrace followed by a trip to Spain where you dance the salsa in Madrid as he holds a rose between his teeth…

Except when he wakes up, he scratches his balls and calls you Sally (which’d be great if it were actually your name). You leave the apartment hurt, embarrassed, and thoroughly puzzled why your alpha-sexual-female-tigress alter ego disappeared with the dawn.

I was more than privy to this in my early 20s. The level of emotional upheaval I experienced after a one night wonder could help pen a Jane Austen novel. But what I didn’t know at the time was, the problem wasn’t my emotional constitution, it’s my biochemistry. And the culprit chemical, the catalyst for all the confusion is a little thing called ‘oxytocin’.

“Oxytocin is the chemical released during orgasm for both people to help with attachment and bonding,” says sex and relationship expert, Pamela Supple.

“It helps brings partners closer after sex.  The theory goes the more sex you have with a particular partner, the deeper their bond becomes. Hugging and touching in women helps release oxytocin as well.  Women like touch; hugs and kissing. When this is happening during and after sex, it creates the feeling of closeness.”

Studies have shown that women produce considerably more oxytocin that men, subsequently leaving us more prone to letting our guard down, and potentially falling in love after sex. By contrast, men release dopamine, an instant hit of good feels that mutes the oxytocin they response.

“Dopamine is a neuro transmitter. This chemical stimulates desire and reward, triggering an intense rush of pleasure, similar to taking cocaine,” Supple continues.

“It creates feelings of delight at the mere thought of the other person.”

It’s no wonder they call it dope-amine.

And so, high on the buzz and hungry for more sex and more partners, the male leaves the female in search of new breeding ground to spread his seed and continue to populate the planet. It’s all entirely primal.

The female orgasm itself is a minefield of illusory commitment traps. Scientists from Rutgers University, New Jersey, recently conducted a study to monitor women’s brains during orgasm. By scanning the brain during climax, they discovered different brain parts are activated when various parts of the female body are aroused.

In fact, up to 30 different parts of the brain are activated, including those governing emotion, joy, satisfaction, touch, and memory. Additionally, the brain’s reward centers become active about two minutes before orgasm. These are the areas usually activated when eating and drinking.

In essence, getting emotionally attached after sex is written into our genes, whether we like it or not. However, if you’re partial to sex (which most women are), and want to engage in coitus individualis without downing two tubs of Ben & Jerry’s beer flavoured ice-cream afterwards, Supple has some advice.

“Hook up – it is what it is – hook up sex, or casual sex, or a regular partner for intermittent sex only, or quickies. See it for what it is. If you both feel like lying there and basking in the afterglow, do so. Don’t let the emotions get in the way.  Emotions and brain chemicals are totally different. Relax and enjoy the fact that you have just had good sex and it was what you both wanted. Every type of sexual situation is different.”

Supple also stresses that if you’re really struggling with feelings of attachment after casual sex to the point where they are causing anxiety, you shouldn’t dismiss it as simply a case of the histrionic female.

“Over-thinking that something was something else, other than what it was, can cause distress, guilt or sometimes anxiety. If you can’t differentiate and it’s bothering you, speak to a trusted friend or therapist about it.”

So while it’s easy to feel weak or clingy if you can’t help but feel attached after sex, it’s somewhat reassuring to know it’s actually perfectly natural and we all go through it. The key is to separate yourself from the situation, with a little mental discipline and rational thought. Remind yourself how you got between those sheets in the first place. It’s usually the result of a drunken make-out sesh with one of the groomsmen at your cousin’s wedding. You may not have even made it to a bed. Do you really want a relationship to develop with the guy that only hours earlier burped the alphabet after downing a keg of beer?

Perhaps the real solution is (unfortunately) this; if you know you can’t handle the inherent emotional aspect of casual sex, don’t have it. It’s always better with someone you care about anyway, so why put yourself through all that mental muddle for a mediocre result?