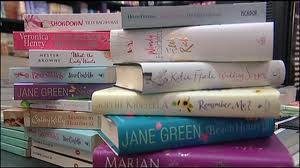 How To Get The Black Swan Makeup Look For Everyday


By Lisa Heidke Published By Allen and Unwin RRP $29.99

Claudia’s life is a mess until she and two friends take a break from their lives with a Greek island holiday. With a bit of drunken karaoke, a serving of unexpected romance and life will never be quite the same for any of them again.


Her twenties and thirties seem to have disappeared in a haze of boring office jobs, unsuitable shags and superficial spending. Her latest disaster? An ill-advised fling. In an attempt to get some perspective on her life, Claudia jets off to glorious Santorini with her two best friends, Tara and Sophie. But it’s not long before they’re shaking their heads at some of Claudia’s shenanigans.

Meanwhile, Sophie and Tara are wrestling with their own issues. Sophie, a former high-flying career woman, is struggling with being a stay-at-home mother and her husband’s nasty ex-wife. Tara, meanwhile, is sick of her dead-end job and trying to write a novel. Claudia’s Big Break is an hilarious novel about friendship, romance, laughter and loyalty. It’s also about three women taking stock of their lives – with a bit of drunken karaoke thrown in to the mix. For Claudia and her friends, life will never be the same after their much-needed holiday in paradise.

By Jennifer Weiner Published by Simon and Schuster RRP $32.99

When Sylvie Serfer met Richard Woodruff in law school, she had wild curls, wide hips, and lots of opinions. Decades later, Sylvie has remade herself as the ideal politician’s wife—her hair dyed and straightened, her hippie-chick wardrobe replaced by tailored knit suits. At fifty-seven, she ruefully acknowledges that her job is staying twenty pounds thinner than she was in her twenties and tending to her husband, the senator.


Lizzie, the Woodruffs’ younger daughter, is at twenty-four a recovering addict, whose mantra HALT (Hungry? Angry? Lonely? Tired?) helps her keep her life under control. Still, trouble always seems to find her. Her older sister, Diana, an emergency room physician, has everything Lizzie failed to achieve—a husband, a young son, the perfect home—and yet she’s trapped in a loveless marriage. With temptation waiting in one of the ER’s exam rooms, she finds herself craving more.


After Richard’s extramarital affair makes headlines, the three women are drawn into the painful glare of the national spotlight. Once the press conference is over, each is forced to reconsider her life, who she is and who she is meant to be. Written with an irresistible blend of heartbreak and hilarity, Fly Away Home is an unforgettable story of a mother and two daughters who after a lifetime of distance finally learn to find refuge in one another.


Sabrina Falks is the golden girl; a beautiful, successful actress who is engaged to the too-good-to-be-true Edward. Her life is glamorous and seemingly perfect – apart from her recurring desire to run away. Her younger sister, Mimi, is funny and bright but also hopelessly lost, with no career prospects, no money, no love life and a string of disastrous mistakes in her past.


Estranged since a fight over their dark family history, Sabrina and Mimi enter into a reluctant alliance when Sabrina hires Mimi to be her bridesmaid. The sisters then do battle with intrusive paparazzi, out-of-control dress designers and, increasingly, each other.


As the wedding day approaches, long-buried family secrets emerge, and Sabrina and Mimi find themselves facing some unforeseen home truths … Marriage, celebrity culture and the bittersweet bonds of family take centre stage in this warm, funny novel that sparkles with wit and wisdom.

In the perfect family, there’s a thin line between love and hate, especially when there’s so much to hide…


The Keelers are one of those families that seem to have everything. Glamorous, wealthy and privileged, life has always been easy for them, on the outside at least. But even the happiest of families have their secrets. Maddie, the scatty American actress, is swept off her fee by Rafe Keeler. A brilliantly talented surgeon, Rafe is handsome, steady and dependable – everything Maddie has sought in a man. So why does she feel so dangerously adrift?


Julia loathed Aaron Keeler on sight when they met at Oxford. She was a working-class girl, he was the privileged posh boy handed everything on a plate. But a lethal attraction has set them on a collision course. Niela has been running all her life. Betrayed and abandoned by her own family, her whirlwind marriage to Josh Keeler has given her a place to call ‘home’. But Niela knows how easily the past can come back to ruin your life…
In the perfect family, there’s a thin line between love and hate, especially when there’s so much to hide ..

A Season to Remember

It’s Christmas at Sugar Loaf Lodge and everyone checking in to the luxury hotel has their reasons for spending the holiday away from home. A heartbroken guest tries to put the past behind her; a stressed couple long for peace and quiet; a young woman eagerly anticipates a romantic night with the man she loves — although he should be spending it with somebody else.


And it’s not just the guests who are hoping for a happier New Year. Worried about their business surviving the recession, the hotel’s owners are determined to make it a holiday to remember. As many more tales unfold, and a visitor from times past prepares to take her own journey, we watch and wonder: will everyone’s Christmas wishes come true? This special book of touching and poignant stories is guaranteed to warm your heart on your long hot, summer holidays.

Read a good book this summer? Tell us about it!