“The number one thing moms never discuss are the days that are really hard.”

Let’s be honest; being a single mother is hard.

Going through the ups (and many downs) of pregnancy, painfully pushing through childbirth, and then putting everything you have into raising a child is no easy feat, and when you have to face all of it alone without a partner to battle along with you, life can be even more difficult.

Leila Stead, a single mom and blogger from Brisbane, Australia, is intimately familiar with all of the struggles of being a single mom. Stead was left by her partner while she was pregnant with her daughter, Ever, and had to find her footing as a new mother while navigating the heartache, anger, and confusion of a break-up.

To help cope with the flood of emotions and new life experiences being thrown at her, she started The Single Mum Diaries, a blog which would allow her to write about all of the things she was learning, and as a support network for other women who might find themselves pregnant, alone, and without a clue what to do next.

Stead is honest, taking a no-holds-barred approach to single-motherhood on her blog and in life, and isn’t afraid to give her real thoughts on being a stand-alone parent, not needing a man in her life to ‘save the day’, and feeling like Wonder Woman at the end of a long day of parenting and doing it all on her own. I spoke to Stead about what she’d learned being a single mom, and why it’s empowering as hell for her…

When you found out you were pregnant, what things went through your head?

“When I found out I was pregnant I was really excited, but it was definitely unplanned. I was more of a ‘career’ type of person and my partner at the time had actually suggested having a baby and I told him it was not really something I wanted to do at that point in time. It was only a couple of days later that I thought “Oh, my period hasn’t come…” so the whole pregnancy was really quite a shock to me. Obviously, life had other plans for me and decided to send me down a completely different path” 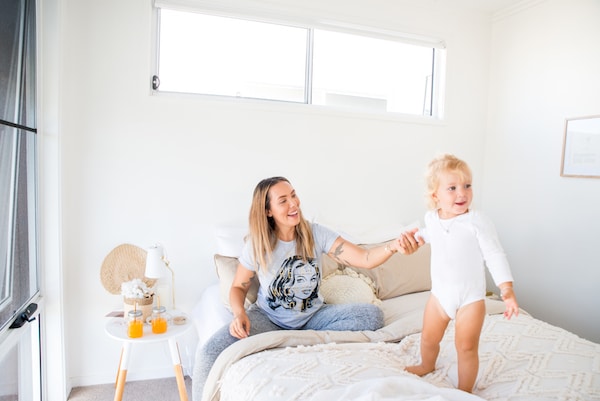 What is some advice you give to women who have been left while pregnant?

“It’s such a difficult and emotional time. I think the main thing for me, whether it’s being left pregnant or an emotional relationship that’s fallen apart, is you’ve really got to get to a place in your mental state where you can start to use your pain as your power to move forward. That’s one of the mantras that I’m always telling women in these situations; use your pain as your power and go from looking at him as an ex-partner to looking at him as the father of your child, and try really hard to differentiate the two. Which, honestly, hasn’t gone too well for me but I’ve definitely done everything in my power to keep thinking about it that way.

I think that’s definitely my biggest piece of advice is to try to change your mindset about the situation, as hard as it can be. Because while you might want to just mope around and be really upset, I think when you’re pregnant, you’ve got that other person that you’re starting to think about as well so it isn’t as hard as a regular breakup, in my opinion, because you’ve got that force behind you.

So many of the women who I speak to that have been left pregnant are married, which shocks me because I just didn’t think that would be so common. I remember when I first fell pregnant and he left, I thought “We should have got married first and we could have worked through this situation,” but then I met all of these women saying their husbands just couldn’t handle the responsibility and left. And now these women have gone on to buy homes or start businesses and I look at them and I think they’re amazing.”

What are some things you’ve experienced as a single mom which have surprised you the most?

“Obviously, there are single moms out there who have the financial support of having an ex-partner who actually contributes, but then you’ve got people like me who are doing it all on their own. And we’re actually not as rare as I first I thought at the start. I thought to be a single mom was a really embarrassing thing but it actually happens to people every day. But the financial side of it was quite a shock to me.

That, and I think the other most surprising thing is the level of guts that it really takes every day to be everything that you need to be for two people. You really have to dig deep inside yourself to give yourself to your child when you’re going through something so big and don’t think you have the energy to get up and be a mother. You’ve really got to try hard to make sure you can get through every day and I think that’s been one of the most surprising things is just seeing myself get to a point where I’m so exhausted but then I get that second wave of energy where I realize I have to be a mom and I get up and do it.” 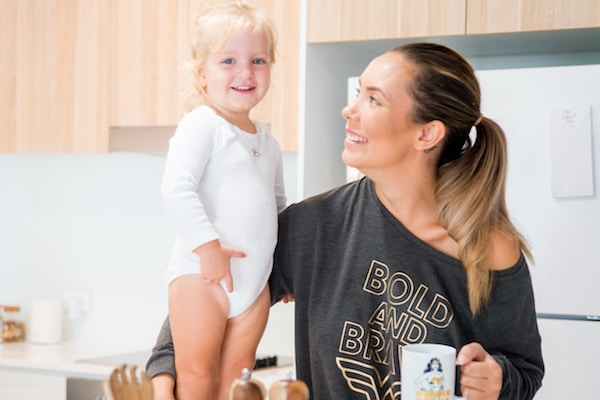 What’s the highest point of motherhood for you?

What are some of the ‘unspoken’ negatives of being a single parent?

“I think the number one thing that moms never discuss are the days that are just really hard, and the days where you’re really struggling. I think they feel that if they share these bad feelings they’re going to be frowned upon. Privately, among mothers, we definitely talk about “Oh my god, I said this horrible thing today,” or, “I screamed at her,” or “I shouted at him,” and things like that which you’d never openly discuss. I try and do as much as I can of that on the blog without opening myself up to unnecessary negativity and be as honest as possible. I definitely think you need to be open about the days where you’re having a really tough time and not try to make it a joke. I think some moms try and sugar-coat the bad times as if they’re funny, and I think that can make other mothers feel a bit worse.

And the amount of mother-shaming you experience is such a crappy surprise as well. Online, yes, but even in public people will shame you because you’re not parenting the way that they would have. That’s a really big shock too. You’ve just entered motherhood and doing the best you can and strangers start saying to you “I’d have a sweater on that child,” or “Have you wrapped that baby up enough?” when they’re a newborn and the baby has 4 layers on and looks like it could be in the Antartic and you’re just thinking “yeah, I’m pretty sure it’s wrapped enough…”.” 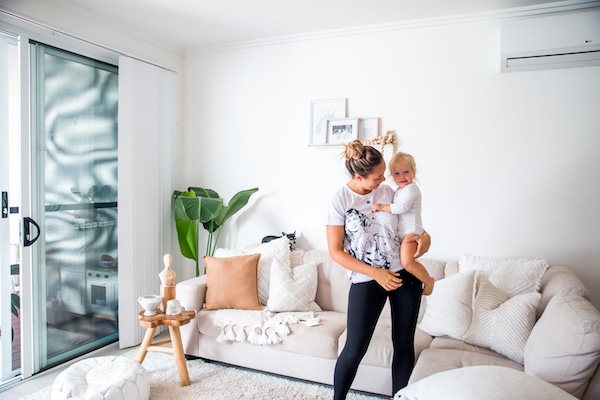 How does being a single mom make you feel empowered?

“I think being a single mom is empowering because of the fact that you’re doing the roles of two people when most people have that other person. So I think you do sort of get an air about yourself like, “I can do anything because it normally takes two people to do this but I can do it all on my own.” That’s definitely something that I take a lot of pride in.

A lot of people write to me and say, “Oh my god I don’t know how you do it as a single mom. I have a husband or serious partner and I couldn’t imagine doing what you do.” When those comments come in I feel really proud of myself. Because I’m so knee-deep in single parent life I sometimes forget not everyone has to do it all on their own. I don’t really have anything to compare it to because Ever’s father was never in the picture. For me, I think you just need to give yourself a pat on the back and know that you are doing a great job and generally it takes two people, plus a whole entire tribe, so it’s pretty good to be coping on your own.

Everyone has their own path, that’s what I always say to people. Not many people are picked to travel such a hard road and I think people forget that. I think these kinds of things are not a coincidence; you were picked for this and the lessons that come from it, you were chosen to learn those. That’s what I believe anyway. Whether it’s starting something like the ‘Single Mum Diaries‘ and helping people all over the world, or buying your own house, or discovering how to be strong on your own, you’ll eventually learn why this has happened to you and it will all become clear to you.”

Leila Stead partnered with Warner Bros. Consumer Products as an ambassador for the Wonder Woman Mother’s Day range available in store and online at Big W.

Comment: What are some of the most empowering things about being a mother to you?